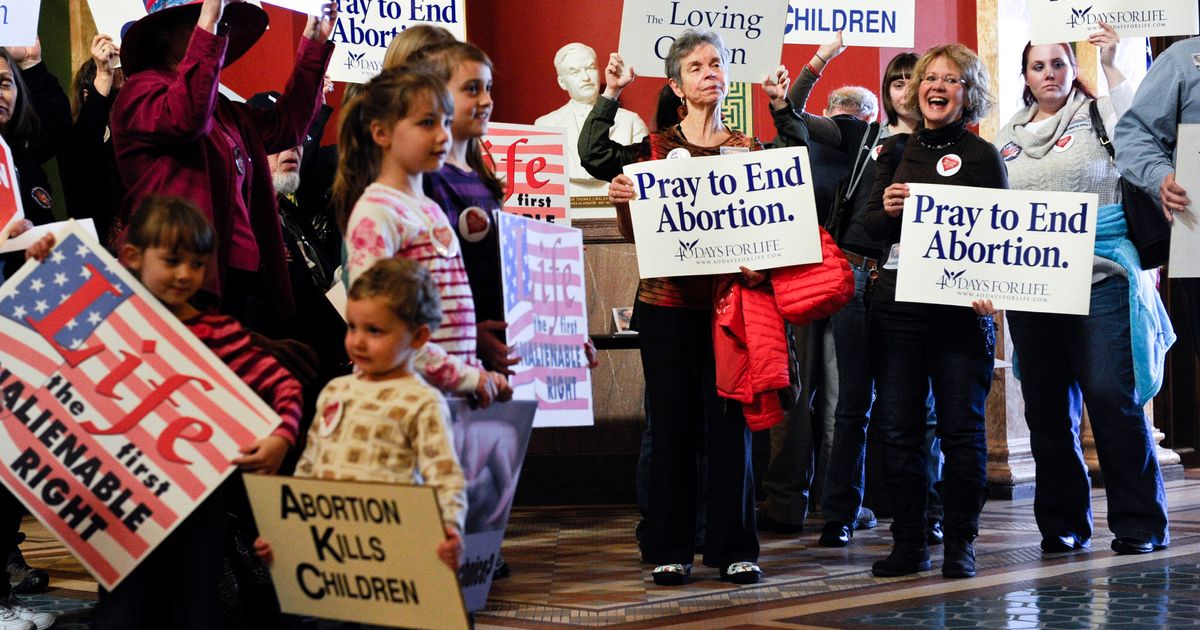 HELENA, Mont. (AP) — State officials in Republican-controlled Montana want to require prior authorization before its health department pays for abortions for people covered by Medicaid, a proposal critics say would reduce access and delay or even prevent abortion care for low-income women in the state.

The Department of Public Health and Human Services is taking public comment Thursday on the proposed rule to require doctors to provide more medical information before Medicaid would agree to pay for an abortion to save a woman’s life or any other medically necessary reason. The information would include the number of her pregnancies and children.

Montana is one of 16 states whose Medicaid program is required to cover the costs of “medically necessary” abortions based on state law or a court order, according to the Guttmacher Institute.

A 2019 federal report said seven states at that time, which were not listed, required prior authorization before Medicaid would cover abortion services.

The Centers for Medicare & Medicaid Services did not immediately respond to a phone message Wednesday seeking more information.

“Given the time sensitive nature of abortion care, requiring doctors to obtain prior authorization before providing care creates an unnecessary obstacle that may result in delays in care and increase in costs for patients,” said Cat Duffy with the National Health Law Program.

In Montana, abortion is legal until 24 weeks of gestation. A 2021 law that sought a reduction to 20 weeks is being challenged in court while the state also indicated it wants the Montana Supreme Court to overturn a ruling that the state Constitution’s right to privacy guarantees access to legal abortion.

The proposed rule would only allow physicians — not physician assistants or advanced practice nurses — to provide Medicaid-funded abortion care.

“This will really inappropriately limit the provision of abortion care to physicians,” said Martha Fuller, CEO of Planned Parenthood of Montana. “The reality is advanced practice clinicians … are totally fully capable of providing abortion care and determining medical necessity.”

Access to abortion is already limited in Montana and the proposed rules would further constrain access in the large, rural state, said nurse practitioner Helen Weems, who provides abortion care at her clinic in Whitefish.

A review of abortions paid for by Medicaid over the past decade led the health department “to reasonably believe that the Medicaid program is paying for abortions that are not actually medically necessary,” the agency stated in an explanation of its proposed rule.

The federal Medicaid program, including state matching funds, will pay for abortions of pregnancies resulting from rape or incest or endangering the life of the mother. A 1995 court case in Montana also requires the state Medicaid program to pay for abortions considered medically necessary, such as to prevent aggravation of an existing physical or psychological condition.

The current form for providers of Medicaid-covered abortions does not require submission of additional evidence why the procedure is medically necessary or required to save the patient’s life and very few providers offer an explanation, the health department said.

Under the proposed rule, physicians would have to provide more information about patients — including results of physical examinations, imaging determining fetus ages, documentation of chronic health issues and whether patients smoke or use illegal drugs — before the agency would authorize abortion services.

“It is the department’s practice to require prior authorization especially when there may be questions as to whether the service is medically necessary,” the proposed rule states.

“Whatever the intention, the real-world impact of this proposed rule change will be to bar Medicaid members from essential pregnancy care,” Weems said in an emailed statement.

“Abortion care is essential, medically necessary care,” Weems wrote. “Research confirms that being denied an abortion results in worsening financial, health and family outcomes for patients and their children.”

The department would not require any additional medical information for abortions covered by Medicare if the pregnancy stems from rape or incest, but the agency would take further action if the number of those abortions increases above historical levels.

The prior authorization requirement would not apply to treatments for incomplete abortions, miscarriages or septic abortions, it states. In an emergency case, the stated reason for the abortion will be reviewed before a Medicaid payment is made to the provider.

The health department believes the proposed rule change will result in the state spending more money on abortions because those performed by physicians are reimbursed at a higher rate than those provided by mid-level providers, such as physician assistants and nurse practitioners.

It’s not clear based on the proposed rule how long the prior authorization process would take or who would make the decisions.

Wedding bells could be ringing at State House