Montreal’s program to help businesses hurt by construction gets overhaul 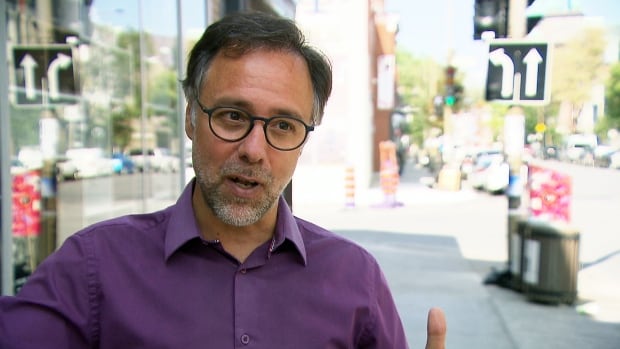 The owner of a record shop in Montreal took a financial hit after 15 months of road construction made getting to his business a challenge for customers.

It was welcome news because his shop, Le Pick-Up on des Pins Avenue, was facing closure without some sort of boost.

But then he took a look at the application process and his hopes fell.

“I understand some of it,” he said, but the rest was incomprehensible. “I am not the only one who thinks so. All the other merchants on the street think so too.”

Lalonde ended up finding another way to save his business — getting his hands on a big collection of popular vinyls that moved quickly and brought him back into the black after the construction project ended.

However, he’s still eligible for getting some of his losses reimbursed. He just can’t get though the paperwork.

The city of Montreal knows Lalonde isn’t alone, and it is working to make the financial support program more accessible to merchants who take a hard hit during long-lasting construction projects.

The city is simplifying the application while trying to build awareness about the program, said Luc Rabouin, the executive committee member in charge of economic and business development.

“A merchant who is faced with a construction site that lasts for six months will be able to make a simplified request,” said Rabouin.

Rabouin said one of the biggest hurdles merchants faced was proving their financial loss was related to the construction. That has been made easier by offering a “lump sum payment to all the merchants affected by a construction project even if they can’t demonstrate a gross profit loss.”

It is therefore possible for merchants to get a little support without analyzing profit loss, though there has to be a certain level of scrutiny involved, he noted, because these are public funds being allocated.

The city also has a helpline in place so merchants can call with questions and get assistance filling out the application, he said.

Over the past four years, 419 such claims for compensation have been received by the city, but only 189 were approved.

Will road construction in the Plateau kill these brick and mortar businesses?

Montreal businesses are struggling to get customers through the front door due to road construction. While fixing city infrastructure is essential, we check in with some local businesses on whether they will survive the construction and reap the benefits.

The program has a $26.2-million budget, but only $5.8 million has been allocated to merchants so far. The opposition says this is a flagrant failure and has been calling for the program — and its publicity — to be improved.

Among those denied was Alexandra Grenier, who owns a bagel shop in Griffintown.

She was hoping for $10,000 in support. That wouldn’t have fully erased the impact of roadwork around her business, she said, but at least it would have shown her the city cares.

He said there were too few applications and too many rejections.

And that’s why simplifying the process is important, said Hénault-Ratelle. The opposition made a motion to improve the process, he said, but after deliberations, no agreement was reached. The administration “is not proactive,” Hénault-Ratelle said.

The city needs to improve its communication with business owners, he said, “so they know what is available for them and they know how to apply to the different programs.”

“Sometimes the business owners are also their main employees, so they don’t have the time and resources to fill out all of the documents,” said Hénault-Ratelle. “It can be difficult for them to apply to all the different programs of the city.”

Rabouin said this program is the first of its kind in Canada and in developing it, lessons have been learned along the way. The program was tweaked last year with the help of a consultant, he said, and it’s being changed again.

“We made a lot of effort,” Rabouin said. “But I never received any tangible proposals from the opposition.”

The money is there for the merchants, and “we try to find the best ways to support them,” he said.

He encourages all elected officials to help inform merchants about the program. Rabouin said he has been out in his own district doing just that, encouraging business owners to get the support they need.

Putin ‘leaving Russians to freeze’ after temperatures plunge to -46°C

After a brief pandemic reprieve, rural workers return to life without paid leave