More orcas, humpbacks spotted in Salish Sea in 2022 than ever before, whale watchers say 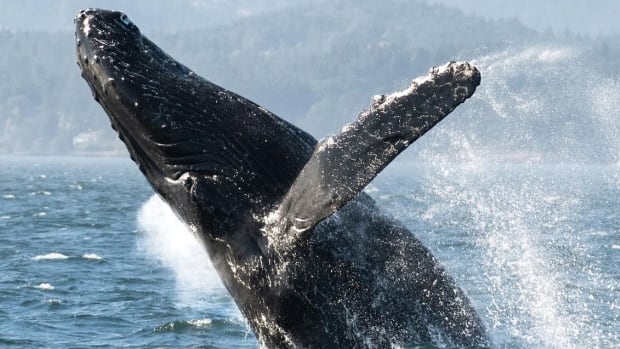 The number of whales and orcas spotted in the Salish Sea last year might blow you away.

There were 1,221 unique sightings of Bigg’s killer whales in 2022 — 154 more than 2021’s record and double the number of sightings five years ago, according to year-end data put together by the Pacific Whale Watch Association (PWWA) and local researchers.

“We saw either Bigg’s killer whales or humpback whales every single day of 2022,” said Erin Gless, executive director of the PWWA, an association of whale-watching tour operators in B.C. and Washington state.

“Many times we saw both of them on the same day.”

Gless said on certain days, groups of up to 100 humpback whales were reported in the Juan de Fuca Strait, while a record-breaking 396 different humpbacks were photographed in the Salish Sea during the 2022 season.

While Bigg’s killer whales and humpback whales were the two most-encountered species, PWWA also said there were sightings of grey whales on 200 days, and minke whales on 158 days.

Why so many sightings?

Gless said the high number of sightings boils down to food. Killer whales, for example, go to areas where there are many seals, sea lions and porpoises to eat.

“We’ve got lots of food for them. And so, every year, we’ve been seeing more and more of them,” she said.

Researchers are also reporting more sightings of grey whales, which normally feed in Alaska, because of a food shortage in that region, Gless said.

“It shows us how important we are as a region for them that they’re choosing to come here instead,” she said.

She says it could be attributed to word spreading among the cetacean population about food in the region.

“They may come not just for the food but also the social component,” said Wray.

“The [whales] may have certain companions they associate with in Mexico or Hawaii, and through those relationships, learn about different areas in the Salish Sea.”

It could also be simply due to there being more whale watchers last year, she says.

“We had great weather in September and October so perhaps there were more boats on the water. There was just more of an opportunity to see a humpback out there.”

Encounters with other groups of orcas, like the endangered southern resident killer whales, were understandably rarer, according to the association, although it did not provide a number for sightings of that group.

Wray says vessels on the water, which affect southern residents’ ability to hear, factor into their endangerment in the Salish Sea.

“Resident orcas are so dependent on sound in order to communicate with each other,” said Wray.

“Because there’s been such an increase in vessel traffic and vessel noise, I think it’s just very difficult for them to find a food source because they are unable to hear.”

Wray also notes the southern residents, whose population has dwindled to just over 70, have a specific appetite for salmon.

“We don’t have as many salmon along this coast as we once did. It’s not just the increase in noise and vessel traffic, but there’s less food for them to find. It’s a pretty serious situation.”