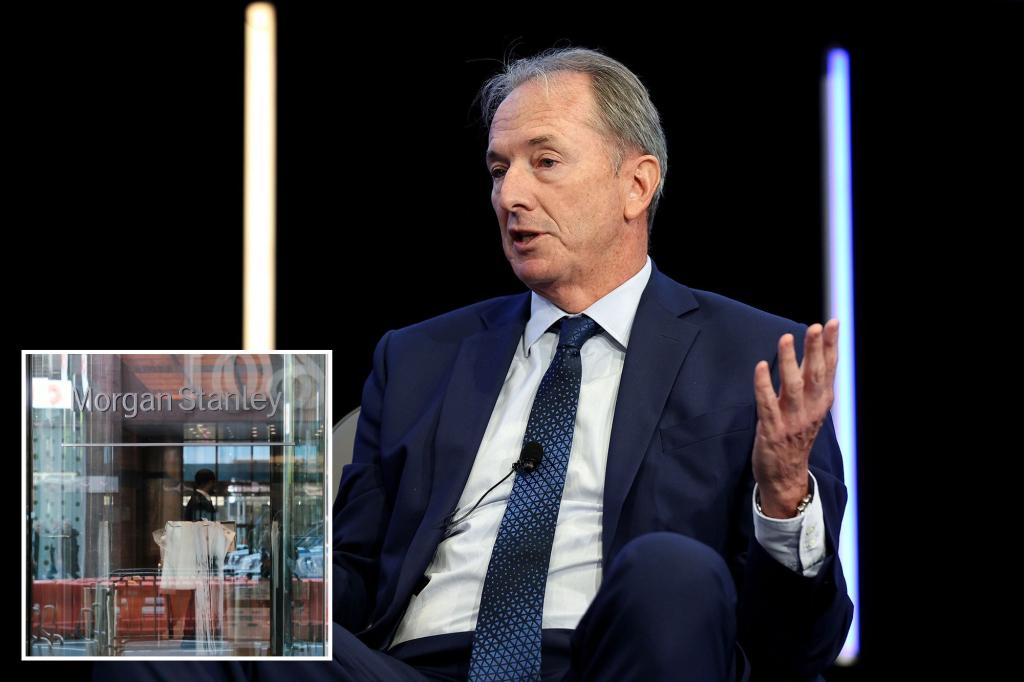 Morgan Stanley has finally succeeded in bringing its employees back to their desks five days a week, sources told The Post — and the threat of layoffs proved to be an effective incentive.

On Thursday, the Wall Street giant’s CEO James Gorman disclosed in an interview that the mega-bank was making “modest cuts all over the globe.”

“Some people are going to be let go,” Gorman said in a sit-down at the Reuters Next Conference. “In most businesses, that’s what you do after many years of growth.”

While Gorman’s tone was casual, sources said the message in recent weeks has been thundering loud and clear through the halls of Morgan Stanley’s headquarters at 1585 Broadway in Midtown Manhattan.

In response, the company’s bankers are making the schlep to their desks — Monday to Friday, according to sources.

“Everyone’s back to pre-pandemic levels now — the fear about getting fired got people back,” one Morgan Stanley insider told The Post. “Out of sight, out of mind — if you’re not there, you’re probably going to be the first to go.”

The full return marks the end of a lengthy chapter in which Gorman tried unsuccessfully to lure workers back. In June 2021, Gorman had said he’d be “disappointed” if employees didn’t return to their desks by Labor Day — and said that those who didn’t return could face a pay cut.

“If you can go into a restaurant in New York City, you can come into the office,” he famously added.

Nevertheless, insiders said employees seemed to take the urging as more of a suggestion than a command. Most continued to work from home at least a few days a week for another year and change.

Before Labor Day, sources said, Gorman’s lieutenants had asked the rank and file to return at least three days a week. But an insider said management was “walking on eggshells” out of fear people would quit if the bank was too insistent. Management had to move the goal posts back to a three-day-a-week return to the office by Nov. 1, sources add.

There was never an official memo and the request was never enforced, according to sources close to the bank.

“Management teams are being skittish … these banks know they’re competing with private equity and Silicon Valley,” one Wall Street insider told The Post at the time. “They know making these demands won’t help them keep the best and brightest — even in this economy, top talent has a lot of options.”

Indeed, almost three months after Goldman Sachs ordered its bankers to return to the office five days a week, other banks are still struggling to get face time with their rank and file, even if Morgan Stanley has done so, according to Wall Street insiders. Most JPMorgan bankers also reportedly have been showing up Monday to Friday in recent months.

“We aren’t OK with it [a hybrid model] … but we lack the guts to do anything,” one banker not at Goldman, Morgan Stanley or JPMorgan told The Post. “Goldman are like the Yankees, they can do stuff no one else can.”

“If you want to play for the Yankees, no beards or facial hair … Players still want to play there,” the executive added. “GS is similar.”

While people can’t afford to buy, builder constructs thousands of rentals for…

Colin Farrell, Brendan Gleeson on “The Banshees of…

Here are 8 things rich people do differently that make them…