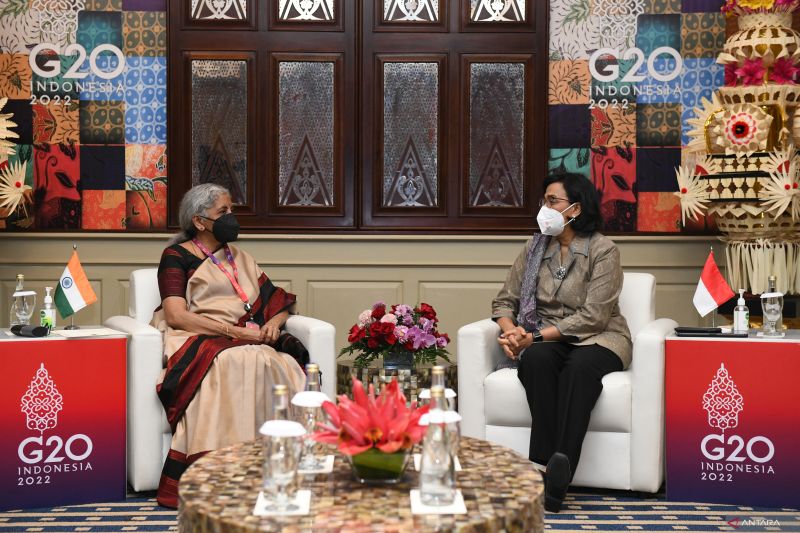 They discussed strategic issues, such as the food crisis due to geopolitical conditions, availability of COVID-19 vaccinations, implementation of the Energy Transition Mechanism (ETM) to support sustainable finance, strengthening the Asian region’s economy, boosting human resources, and the G20 Presidency of Indonesia.

“The G20 will continue to be the premier economic forum as it was in 2008 in response to the economic crisis, both now and in the future,” Sri Mulyani noted in a statement in Nusa Dua, here on Saturday.

During the bilateral meeting with Mulyani, British Minister of Finance Nadhim Zahawi emphasized the need for concrete solutions to the food crisis as it had affected the public, in general, and businesspersons reeling from the impact of high inflation following the rising food and energy prices.

Zahawi underscored the importance of maintaining free trade and avoiding export bans that could exacerbate the impact of geopolitical conflicts. Full support should also be given to banks, with a capital adequacy framework, especially to help underdeveloped countries.

In conversation with Zahawi, Sri Mulyani said to have understood the political changes in Britain and lauded its important role in various strategic issues. She also agreed that in its development, war and its propagation effects cause suffering to mankind.

Hence, the role of the G20 is deemed crucial, especially through the finance track, to remain active in discussions and seek concrete solutions.

Sitharaman drew attention to the impact of the food crisis on African countries that depended on Ukraine as a food supplier. Hence, in-depth discussions by world leaders were paramount to solving the problem, the Indian minister emphasized.

Sri Mulyani conveyed Indonesia’s initiation to discuss food security issues through a seminar on Food Insecurity at the third FMCBG in 2022, which should be followed up by more concrete cooperation, especially for food availability and prices.

While holding bilateral meetings respectively with the Indian minister and ADB President Masatsugu Asakawa, Mulyani also discussed the importance of maintaining access and availability of vaccines, as the COVID-19 pandemic had not been fully brought under control.

Asakawa spoke about ADB’s financing activities for the pharmaceutical sector. Sri Mulyani understood the rationalization of financing needs in the sector as a form of reform in the health sector.

The Indonesian minister also emphasized the important role of ADB in the success of the sustainable finance agenda.

ADB, in particular, has initiated the Energy Transition Mechanism (ETM) to assist developing countries in transitioning their energy resources to become more sustainable and affordable or in accordance with the just and affordable principle.

During her bilateral meeting with Australian Minister of Finance Jim Chalmers, Mulyani said that Australia is a reliable partner to support Indonesia.

Chalmers said that Australia has a priority to establish bilateral relations in the education sector with Indonesia.

The Third FMCBG Meeting of G20 began in Bali on Friday.