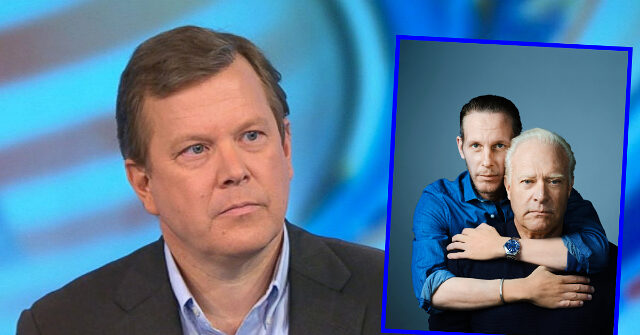 Peter Schweizer, president of the Government Accountability Institute and author of the Secret Empires: How the American Political Class Hides Corruption and Enriches Family and Friends, said the new film My Son Hunter captures the “human nature” and makes “three-dimensional” the investigative research he has done over the past six years of the Biden family’s foreign financial relationships.

“Having seen it, what I like about it is that it really takes a story that I think is exciting and important to begin with, and really makes it three-dimensional,” Schweizer said on Wednesday’s edition of SiriusXM’s Breitbart News Daily. “It really brings out the human nature of this.”

Schweizer said My Son Hunter is a dramatization of a son being compelled to fulfill his father’s demands via “corruption” and “criminal behavior.”

He stated, “In a lot of ways, the kind of character that you could see in a Hollywood film; meaning, he’s well-connected, he can be very impressive in meetings, he cleans up well in a suit, and he’s articulate and he knows how to play the game, and yet he has these deep personal flaws, and he has a very complex relationship with his father.”

The story that the media doesn’t want you to see, available on streaming now! https://t.co/R2OKYZD4VG is the place to go. pic.twitter.com/4AT1736Eup

He continued, “[I am] not excusing what he’s done, not excusing the corruption or what I believe is criminal behavior — but what the film, I think, helps show and demonstrate — and what I’ve appreciated — is that the primary reason that Hunter Biden sought these overseas deals [and] engaged in kind of this reckless behavior — sure there was an elements of he’s this guy and he wants to be a success and he wants to make money — but there’s no question that the demands of his father that he provide funds for the broader family to use — including Joe Biden himself — is one of the things that propelled Hunter Biden on the foreign deals with shady characters, and I think the film does an excellent job in laying out that sort of complex nature of his motivation.”

He concluded, “I found this film very entertaining, very funny, but I think it also captured the essence and the truth of what’s going on.”

My Son Hunter marks Breitbart’s expansion into film distribution. The film is available at MySonHunter.com and becomes available for streaming and downloading September 7.  The trailer has already been viewed over 4.5 million times across social media.

Holmes return for Baylor has some Bears ‘at loss for words’