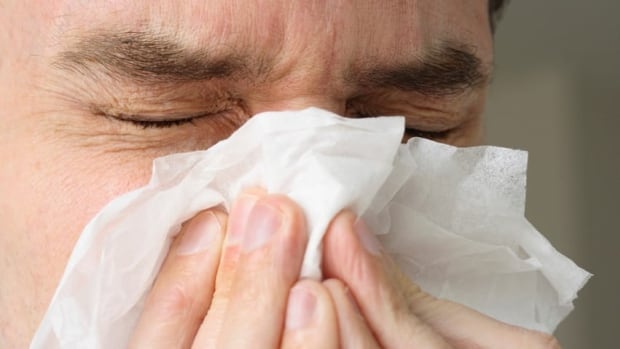 The association representing Nova Scotia’s doctors says physicians are seeing an increase in the number of requests they’re getting for sick notes, despite a request from the province’s chief medical officer of health to employers to stop using them.

Dr. Robert Strang made the plea at his last briefing in mid-November, saying employers are putting “unnecessary pressure” on the health-care system.

Dr. Leisha Hawker is the president of Doctors Nova Scotia, which represents the province’s 3,500 doctors. She said that despite Strang’s plea, physicians are still getting lots of requests to write the documents as COVID, the flu and other viruses spread through the province.

Unnecessary exposures to others

Hawker said it’s not just about time, but safety.

Sick patients should be home resting, but some feel compelled to work because they know it will be a struggle to get a note, she said.

“Or they’re going to see their doctor and it’s a busy waiting room where there’s more vulnerable folks like babies, pregnant women and people with cancer and they’re spreading it to others,” she pointed out.

The dispute over sick notes is hardly new, and is not isolated to Nova Scotia.

Hawker always replies with a letter that was first designed by Doctors Nova Scotia about 15 years ago, telling employers to stop the practice. But she said demand is up once again, “aggravated” by the large volume of illness in the community.

Hawker is a family physician who also works in a newcomer clinic and the addictions clinic. She said most requests come from her most vulnerable patients at the two specialized clinics.

“I think that speaks to the marginalized populations where they’re working jobs where they don’t have that same level of trust from their employers.”

Sick notes are also the target of an effort by the province to improve working conditions for physicians.

The Office of Regulatory Affairs and Service Effectiveness has a list of 15 administrative tasks placed on doctors that it is trying to eliminate — with sick notes near the top.

“If 500 employers are doing it, that adds up to a lot of time that we’re asking physicians to spend when they could be spending their time in other, better ways,” she said.

Hachey said cutting back on sick notes could benefit in a number of different ways: it could give doctors more time to spend with other patients, it could improve their work-life balance, or it could potentially give doctors the ability to take on more patients.

She said her office’s goal overall is to reduce physician burden by 50,000 hours — the equivalent of 150,000 patient visits. In order to measure that, staff in her office have used stop watches to time how long it takes physicians to complete each administrative task, including writing a sick note.

So far, Hachey said her office has convinced the public service commission to change its policy for notes for incidental illnesses, which are those that require just a few days off.

“We know in working with the small business community and in talking to them, there are many small employers that no longer request sick notes but there’s still more work to be done.”

‘Struggling with the workload’

Hawker said she can’t estimate how many notes she writes because it varies week to week. But she said her peers are frustrated when they’re asked to give up urgent appointment space because employers require notes immediately.

“It’s not only COVID, but RSV and influenza are really high right now, and the health-care system, the acute-care systems in particular are really struggling with the workload.”