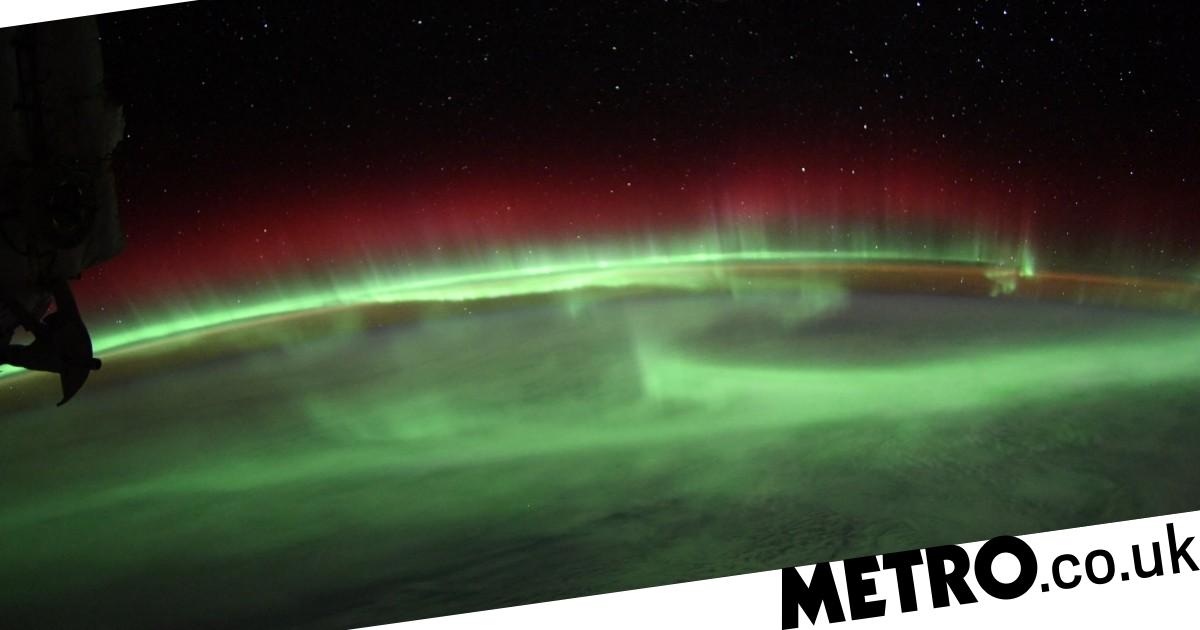 Turns out space is a better place to catch the northern lights than Finland or Iceland.

On Thursday, Nasa astronaut Bob Hines shared some amazing pictures of the recent auroras from aboard the International Space Station (ISS).

‘Absolutely SPECTACULAR aurora today!!!’ tweeted Hines, who arrived at the ISS as part of the SpaceX Crew-4 mission in April.

‘Thankful for the recent solar activity resulting in these wonderful sights!’

Hines has been sharing his space journey with his followers on earth since reaching the ISS four months ago.

Replying back from Earth, retired Nasa astronaut Mike Fossum said he was jealous of Hines and even offered advice on how to get better pictures and videos from space.

‘If you can get a sequence of time-lapse photos, the resulting video will be HUGE! Definitely worth the trouble – and great for your post-flight mission video!’ tweeted Fossum.

Hines responded saying the images were samples from time lapses he took. Sadly, the astronaut no longer had the software in space to do that.

‘I figured these would be a good teaser for the final product!’ he said.

The auroras pictured by Hines were a result of ‘cannibal’ ejections of solar radiation that were predicted to create mild to moderate geomagnetic storms around Earth on Wednesday and Thursday.

The aurora borealis was also seen in parts of the UK in the early hours of Friday.

As well as beautiful auroras potentially visible further south than normal, these were expected to cause some technology to malfunction.

This is not the first time astronauts have used their vantage point in space to click stunning images of auroras. Last year, Thomas Pesquet, a French astronaut posted an incredible image of aurora lights snaking out over the planet.


MORE : Stunning auroras blaze over US as week-long solar storm starts to intensify

Should Coloradans worry about polio outbreak in New York?