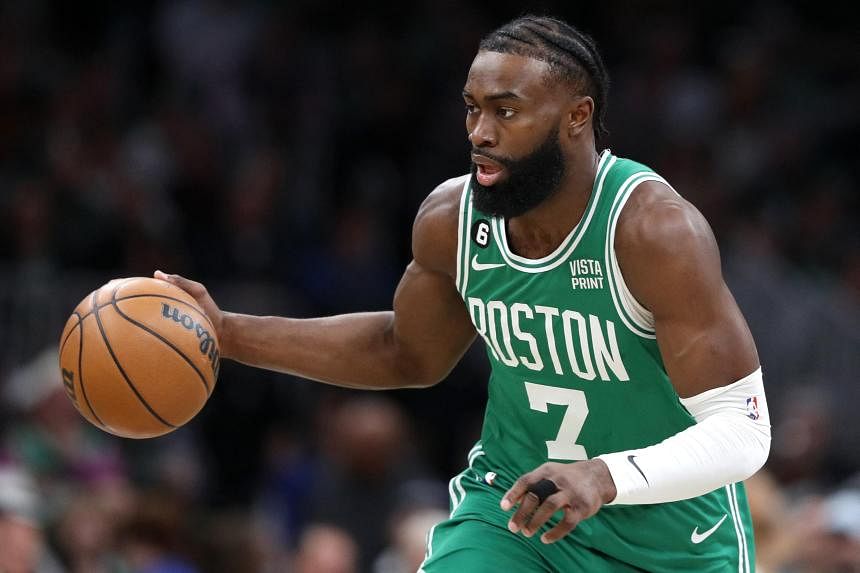 LOS ANGELES – Boston Celtics interim coach Joe Mazzulla has been fortunate to have two big stars in his team in Jaylen Brown and Jayson Tatum, and on Wednesday night he praised their good partnership and said that was the right way going forward.

Brown scored 41 points as the Celtics underscored their status as the National Basketball Association’s form team with a 125-114 win over the New Orleans Pelicans, while Tatum chipped in with 31 points.

When asked how he has managed to accommodate the duo so that one does not think of being the breakout star, Mazzulla insisted it was down to the players themselves.

“They have learnt how to play very well together,” he said.

“I think both those guys know that. They are doing a great job of being great players and also knowing that they need each other.”

The Eastern Conference leaders (30-12) warmed up for Thursday’s (Friday morning, Singapore time) crunch clash against second-placed Brooklyn with a composed performance to overpower the Pelicans, the third-ranked team (25-17) in the Western Conference this season.

Brown, averaging just under 27 points a game this season, once again delivered for the Celtics, shooting 15-of-21 from the field with 12 rebounds.

“It’s a long season, it’s a lot of basketball, day in, day out – you’ve just got to come in ready to do your job,” he said after his season-high points tally. “I was able to come out and get something going.”

Boston’s balanced offence proved too much for New Orleans. Besides Tatum’s 31 points, Malcolm Brogdon also had 20 from the bench.

The third-placed Milwaukee Bucks (27-14), meanwhile, kept up the pursuit of the Celtics with a 114-105 win over the Hawks in Atlanta, Jrue Holiday leading the scoring with 27 points.

Bucks star Giannis Antetokounmpo was restricted to a season-low seven points but still influenced proceedings with 18 rebounds and 10 assists.

Holiday was one of five Milwaukee players in double figures, with Brook Lopez adding 20 points and Bobby Portis and Jevon Carter each scoring 13. Pat Connaughton finished with 10 points.

Milwaukee looked to be in total control early in the second half, jumping into a 24-point, third-quarter lead and seemingly poised for a routine win.