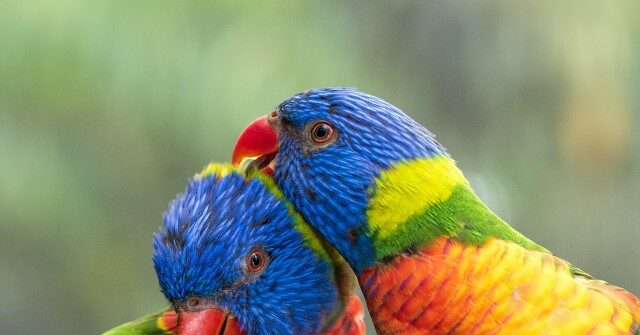 “Who’s to blame? One need not look further than the $3.5 trillion that the big government politicians in Congress spent on the so-called Inflation Reduction Act, which ultimately does nothing to truly combat rising inflation rates,” Paul said in the report, also pointing to the  “pork-laden $1.9 trillion omnibus spending package for 2023, released in the dead of night, and voted into law without anyone having read it.”

Sen. Rand Paul (R-KY) points to a cart with a printed copy of the proposed federal omnibus spending legislation for FY 2023 that he brought to a news conference with (L-R) Sens. Rick Scott (R-FL) (not seen), Ron Johnson (R-WI), and Mike Lee (R-UT) at the U.S. Capitol on December 20, 2022, in Washington, DC. (Chip Somodevilla/Getty Images)

“As always, the path to fiscal responsibility is often a lonely journey, but as I’ve done in years past, I will continue my fight against government waste this holiday season. So before we get to the Feats of Strength, it’s time for my Airing of (spending) Grievances!” he exclaimed in the preface to his report.

While the report highlights millions in government waste in various areas of government, Paul chose to highlight some of the most absurd expenditures, including the $689,222 in taxpayer funds used to study romance between birds.

This happened at the hands of the Department of Health and Human Services (HHS), which gave the funds to  Cornell University. The grant was used “to study social communication in parrots, studying patterns such as social outcomes, if they kiss, and how males make sexual advances.”

“Readers of the Platinum Pig Awards are well aware that the Federal government loves spending taxpayers’ money on research in an attempt to get to the bottom of many of life’s biggest mysteries, such as the feelings of love and happiness,” Paul wrote.

“As if spending your money to research how humans feel and express love may sound ridiculous enough, the government is now funding research to see how parrots express love,” he continued:

I thought this was the Department of Health and Human Services supporting the research?

The purpose of the study was to establish parrots as a model for human communication in neuroscience research, and evaluate the extent to which “how we behave and communicate is shaped by who we choose to hang out with every day.”

Surely it doesn’t take $689,222 to figure out that family and friends significantly impact our mannerisms and behaviors, hence the phrase “you are the friends you keep.” In that case, I think the Federal government needs to keep some more fiscally-responsible friends.

The full Festivus report can be found here.

Three-way fight for gangland dominance behind serious violence in Rathkeale