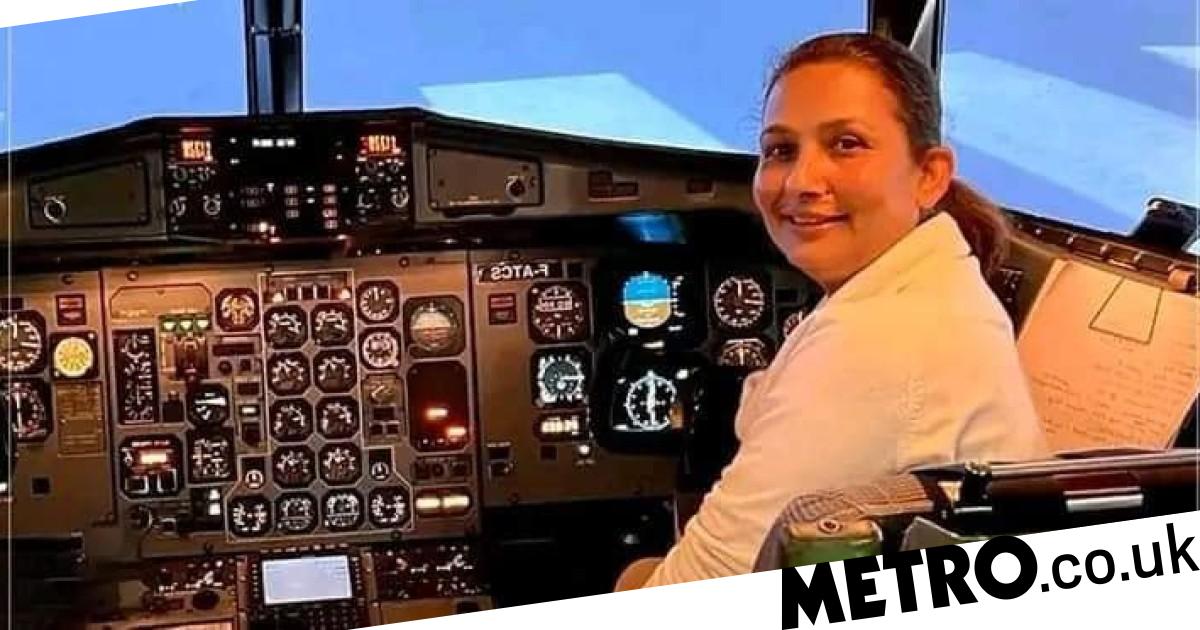 The co-pilot of Sunday’s tragic plane crash in Nepal lost her husband in a near-identical accident 16 years ago, it has emerged.

Anju Khatiwada, 44, was co-piloting Yeti Airlines flight 691 from Kathmandu to the tourist town of Pokhara, before the craft smashed into a gorge and killed all on board.

The crash is the Himalayan nation’s deadliest plane accident in three decades, and no survivors have been found so far among the 72 people on the flight.

It has since been revealed Anju’s husband Dipak Pokhrel had also been the co-pilot of a Yeti Airlines flight before he died in a similar accident in 2006 – and it was his death which spurred Anju to pursue her career in the first place.

‘She got her pilot training with the money she got from the insurance after her husband’s death.’

A pilot with more than 6,400 hours of flying time, Anju had previously flown the popular tourist route.

‘She was a full captain at the airline who had done solo flights,’ Bartaula added. ‘She was a brave woman.’

Anju was one of just six women employed by the airline as a pilot, later remarrying and giving birth to a second child as she continued to build her career.

According to the BBC, friends and family say she adored her job, and was a delight to be around.

At the time of the crash, Anju was flying the plane with an instructor pilot, which is the standard procedure, according to a Yeti Airlines official who knew her personally.

It is still not known what caused the crash, which took place less than a minute’s flight from the airport on a mild day with little wind.

The cockpit voice recorder and flight data recorder from the aircraft, which may help investigators determine what caused it to crash in clear weather, were recovered on Monday.

The type of plane involved, the ATR 72, has been used by airlines around the world for short regional flights since the late 1980s.

According to a pilot who did not wish to be named, it is an ‘unforgiving aircraft’ if the pilot isn’t highly skilled and familiar with the region’s terrain and wind speeds.

The body of Kamal K.C., the captain of the flight, who had more than 21,900 hours of flight time, has since been recovered and identified.

Anju’s remains have not yet been identified but she is feared dead.

According to the Safety Matters Foundation’s data, there have been 42 fatal plane crashes in Nepal since 1946.

Sunday’s crash is the country’s deadliest since 1992, when all 167 people aboard a Pakistan International Airlines plane were killed when it ploughed into a hill as it tried to land in Kathmandu.

The European Union has banned airlines from Nepal from flying into the 27-nation bloc since 2013, citing weak safety standards.

The International Civil Aviation Organisation cited improvements in Nepal’s aviation sector in 2017, but the EU continues to demand administrative reforms.