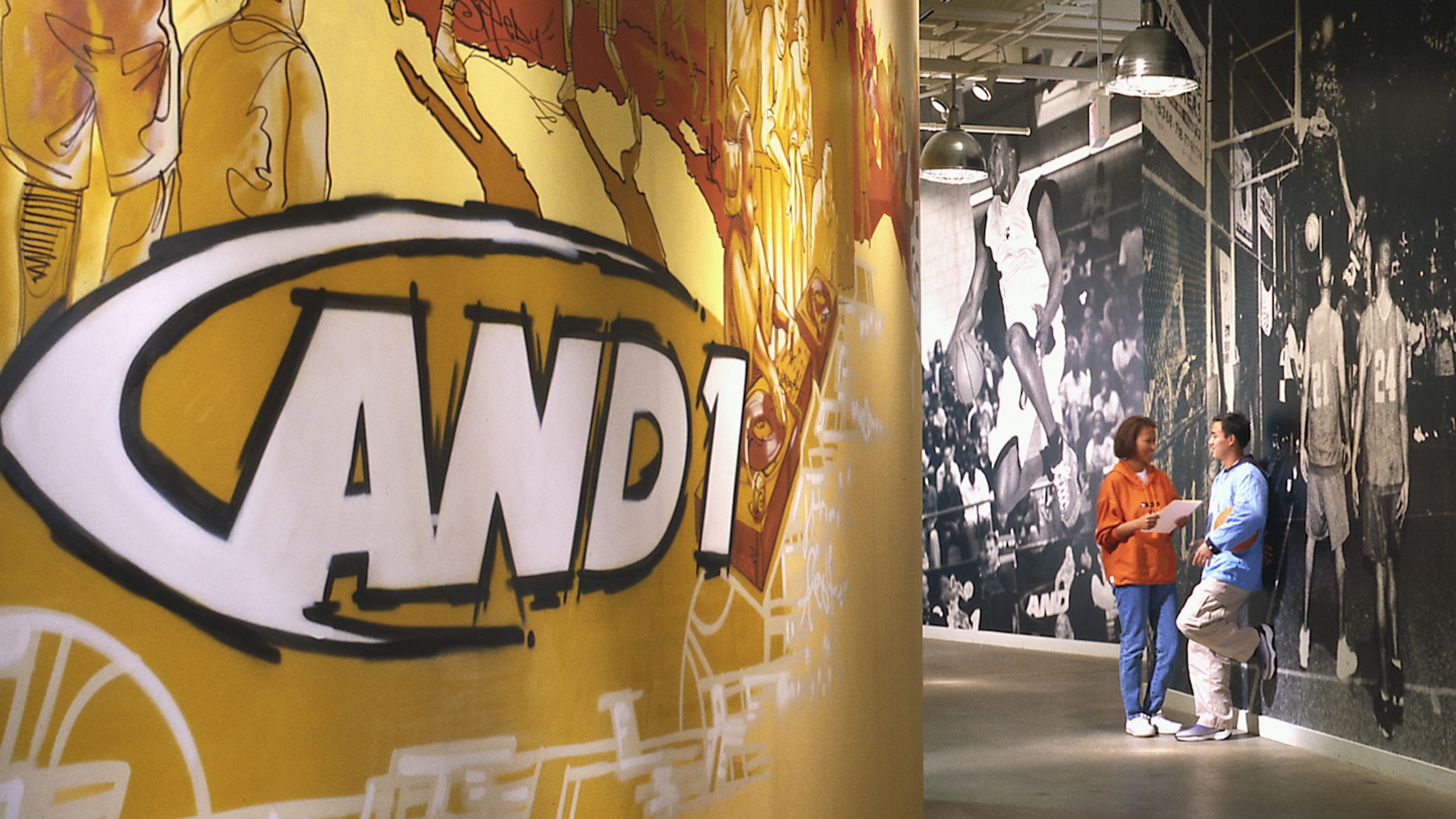 I’m fairly certain that Matt Barnes doesn’t remember the day we met, but I do.

It was at UCLA when I was 16 years old. UCLA used to have these days when recruits for all sports would come on the same day to attend a football game. Although I was there for volleyball, I still had basketball ambitions. So during the pregame mingle session, I sized up some of the baddest basketball players in the country.

I almost literally bumped into Barnes. I didn’t know his name, but he seemed like he wanted all the smoke for real. He looked like the toughest skinny dude I had ever met in my life, and the reason why was because he had a tattoo on his arm of the blank-faced, trash-talking AND1 guy — the same logo on the T-shirts I wore when I wanted to feel intense. AND1 was so important to my life that the tattoo alone was the coolest thing about the trip.

Afterward, I literally told people that I didn’t think I could make it as a college basketball player. When they asked why, I replied that they’ve got dudes with the AND1 tattoos and I’m not ready for that level of aggression.

The streaming Netflix documentary “Untold: The Rise and Fall of AND1” reminded me of that time in my life. In 2001, AND1 was everything that I wanted to be. As a Southern Californian growing up in a white neighborhood, the elements of expression in basketball were always muted. I remember the first time I heard someone say “act like you’ve been there before.” My response was always “why?”

AND1 was the proverbial “why” to everything mainstream basketball was in the late ’90s. And, as the documentary points out, it all started with the shirts. I must have owned a dozen of these shirts. My favorite was a drawing of the AND1 guy holding a carton of milk with the “missing” print on it and your game right below (“I saw your game on a milk carton”). The shirt did the talking I wasn’t allowed to do. It was the expression of hip hop combined with the spirit of competition. We all ate it up.

All that said, the documentary didn’t really make me happy. It did some things well, like highlight the origin story behind the brand and explain the feelings of those who created it. It also captured the pandemonium behind the promotional tour of the best streetballers. That’s about it.

The founders of the clothing brand AND1, featured in “Untold: The Rise and Fall of AND1.” Courtesy of Netflix.

My biggest issue with the doc is that they spent time highlighting the racial element in terms of these execs riding the backs of these Black athletes, but not at all on what the execs were actually producing. I almost spit out my metaphorical coffee when I found out that a white kid from Wharton business school designed all these shirts! It appears to me that these three white guys wanted to hack Black culture to make it rich, and they succeeded.

This isn’t to say they were the first to do so, but they might have been the first to do it that way. The shirts alone make me feel like Ghostface Killah writes their copy, but it isn’t Ghostface, or a rapper, or a baller, or a Black person. It’s some white kid imagining what Black people do when they talk trash. And, of course, he had to imagine, because he probably grew up acting “like he’s been there before.”

The documentary should have included so much more. For example, when the AND1 mixtapes started coming out, they gave rise to a new mixtape culture. “Untold” frames it like they were the only dudes making tapes and that once Nike picked up on it, the run was over. But I remember watching all the AND1 tapes, as well as others like “Ball Above All,” which was essentially the same but with the top high school talent in the country. That was where I learned about T.J. Ford, Julian Sensley, and James “Flight” White. I wish they would have gotten into what mixtape culture became and how it still is a big part of society, albeit in TikTok and Instagram form.

Another thing they didn’t really key in on was the journey these guys were taking competitively. A big question when the Tour was happening was how good are these guys really? This manifested itself in huge stories around Skip and AO attempting to make it to the league.

In the basketball world, the consensus at the time was that those two guys could really play and the rest couldn’t. “Untold” showed the New York game from the tour, but what they failed to mention was that the AND1 all-stars lost to the local NYC team. In fact, the best player on that NYC team was Corey “Homicide” Williams, who was my D-League teammate a few years later. He said that they weren’t great players and that he took pride in beating them. People wanted a piece of these guys for real, but the doc made it seem like it was all fun and games.

No. People’s reputations were rising and falling like stocks. That’s part of the reason that the pay scale was all over the place. It was like they were being paid based on who had the momentum.

There’s a reason I led with former Warrior Matt Barnes. I look back at that moment when I met him and how he was the epitome of toughness, cultural relevance and cool. It all feels weird now. When you make shirts that read “your game and your girl are both trash,” what voice are you imagining that to be in? The founders of the company certainly didn’t write these shirts in the manner in which they speak, and I know this, because they sounded like white Penn kids in all their interviews.

Shane “The Dribbling Machine” Wone and Waliyy “The Main Event” Dixon in Untold: The Rise and Fall of AND1. Courtesy of Netflix.

It’s just is another example of how Black people never get rich off their own culture, but white people who emulate it well always do. Eminem is the biggest example, but I’ve never been that upset at Eminem. But Google old photos of Justin Timberlake and Britney Spears and tell me what many of their outfits look like? Look up who created Fresh Prince. The white showrunners used to openly ask if “this is what Black people would do.” I suppose that when you have a culture that regularly produces lightning in a bottle, someone is always going to try to capture that for themselves. It’s just always weird learning about how many things I loved as a Black child as perfectly *me* were created by white dudes in a lab. If the AND1 guy was designed differently, if the typeface didn’t resemble graffiti, if the language didn’t sound like the homies said it, I would have never owned one piece of AND1 clothing, and Matt Barnes wouldn’t have his only tattoo I know for certain was designed by a Wharton grad.

All that said, “Untold: The Rise and Fall of And 1” was a trip down memory lane that was fun at times and frustrating at others. But truth be told, I think I’d rather watch a miniseries about street basketball than learn about some Ivy League kids who made a diorama about how to hack Black culture and won.

Maybe we will one day get that doc, and AND1 will be the part of the story where streetball became mainstream, but was then used as nothing more than a vehicle to make four people rich (and match shoes with Sean John valours). At least we enjoyed the time and the moment.  Nothing can change how it actually made me feel 20 years ago.