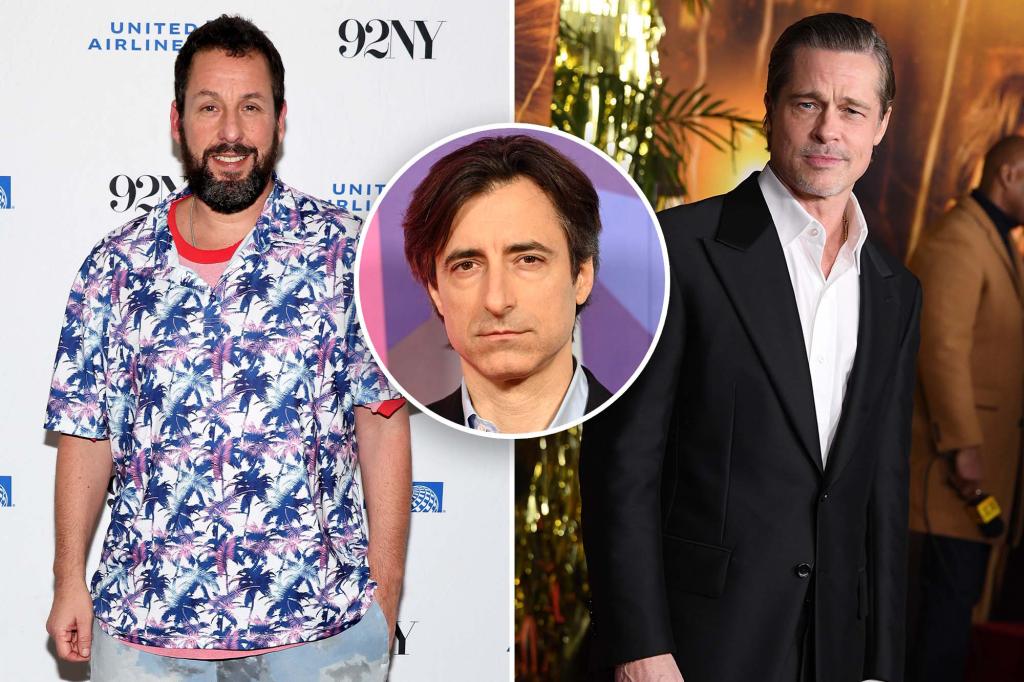 Netflix has greenlit a new movie starring Brad Pitt and Adam Sandler, to be directed by Noah Baumbach, an industry source exclusively told The Post.

Details on the upcoming film are scarce, but the project is in early development. Baumbach signed an exclusive multi-year deal to make movies for the streamer in January 2021, after his “Marriage Story” was nominated for six Oscars, including Best Picture, and won Best Supporting Actress for Laura Dern.

On the surface, it’s a match made in Hollywood: multiple A-listers with an Oscar-nominated director (original screenplay for “Marriage Story” and “The Squid and the Whale”).

Pitt, 59, is believed to be one of the last marquee movie stars whose name alone draws audiences to theaters. For example, this summer’s “Bullet Train,” an action-comedy starring the actor, grossed a respectable $239.3 million worldwide.

But a better indicator of his current appeal in prestige films is his latest wide release “Babylon,” directed by Damien Chazelle and co-starring Margot Robbie, which has been a box office bomb for Paramount during the holidays, grossing just $5.5 million domestically off a reported $80 million budget. (It has not yet been released in foreign markets.)

Yes, this new movie will stream — not hit theaters — but people still need to care to subscribe.

Pitt did manage a 2023 Golden Globe nomination for his role as a fading silent movie star — but so did Kate Hudson for the atrocious “Music” in 2021. The Oscars red carpet will most definitely be Pitt-less.

As for Baumbach, 53, his “White Noise” for Netflix has been a wipeout.

The film, based on Don DeLillo’s 1985 novel, played the Venice and New York Film Festivals this year, in hopes of being an Oscar contender. Instead, the movie starring Adam Driver and Greta Gerwig got mixed reviews and has barely made a ripple on the awards circuit — though it has yet to start streaming. At the Golden Globes, Driver is nominated for best actor in a motion picture – musical or comedy (he won’t get an Oscar nom), and at the Critics Choice, “White Noise” only has a nod for best song.

The film, which hits Netflix Friday and has no buzz, cost more than $100 million to make — and doesn’t look it.

“White Noise” was a costly gamble for Netflix even in pre-production. The novel had originally been planned as the basis for a TV show for the studio A24 (“Everything Everywhere All at Once,” “Aftersun”), which paid $50,000 to option the book — a fairly standard amount for a work that old. Hungry, hungry Netflix bought the option from them for $10 million, according to the source.

Netflix was supposed to be strategically shifting away from dropping loads of cash on pricey, highfalutin projects that don’t drive subscription growth.

“This tendency to do anything to attract talent and giving them carte blanche is going away,” an insider told the Hollywood Reporter in June.