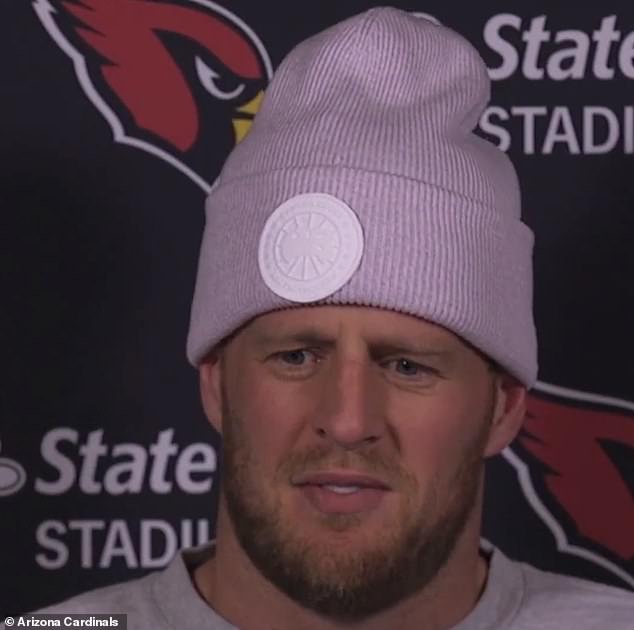 JJ Watt will say goodbye to the NFL world in two weeks time after announcing his shock retirement Tuesday, but he left a parting gift when describing his favorite reaction to the decision.

During a press conference Thursday, Watt shared the most amusing message he got following his announcement. It arrived from little-known Arizona Cardinals rookie, Jesse Luketa.

The Penn State product has played alongside Watt as a linebacker this season, and left his veteran teammate in hysterics with a request while ‘high’ after having wisdom teeth removed.

J.J. Watt explained his favorite reaction to his retirement was that of Cards rookie Jesse Luketa

‘The best story, this is by far the best. Hands down without a question,’ Watt began.

The three-time Defensive Player of the Year revealed he received a FaceTime call from Luketa, although at the time it was a number he didn’t recognize. Watt chose not to answer.

Immediately, it was followed by a text and laughter-inducing voice memo from his young teammate.

‘So I played the voicemail, and — I wish I could play it so bad, I’m gonna ask him if I can later, I don’t want to now — and it is like incoherent, complete incoherence,’ Watt told reporters. 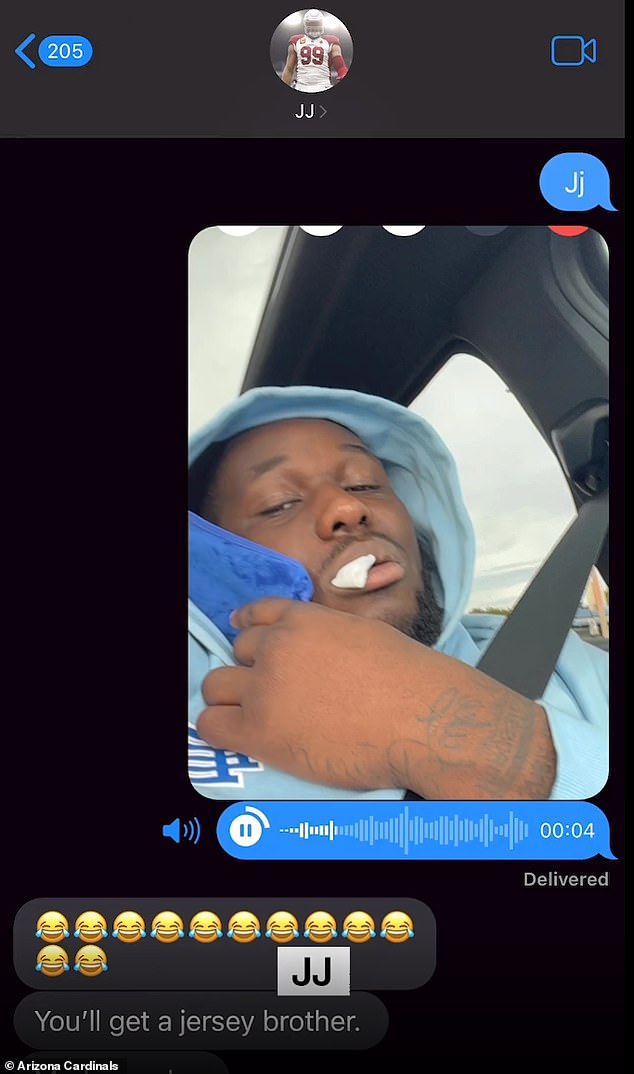 ‘And I’m like, “What the hell is this?” I literally thought it was distorted from the phone.

‘So 10 seconds later, a picture comes through and it’s Jesse Luketa, our rookie outside linebacker, and he has cotton balls in both (sides of) his mouth.

‘He just got his wisdom teeth out. He’s high off his a**, he has no clue what he’s doing. And in the message, it says, “JJ, I just heard you’re retiring, all I want is a jersey at the end of the season.”

‘But it is incoherent. Beyond incoherent. I listened to it 10 times to understand what he was saying.’ 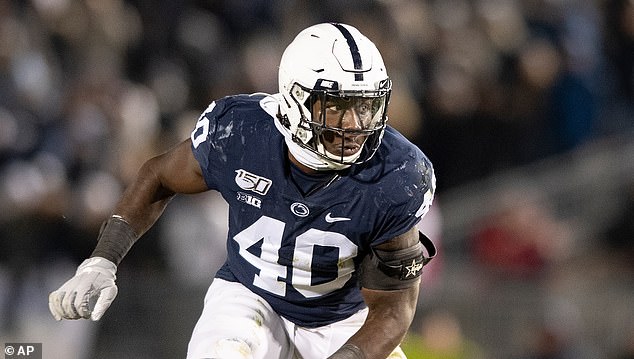 Thankfully, for the entertainment of the wider world Arizona released the video and audio of Luketa’s message to Watt.

In the text exchange the future Hall of Famer sent a multitude of laughing emojis followed with a promise that the rookie would get what he asked for.

‘You’ll get a jersey brother. Made my day.’ 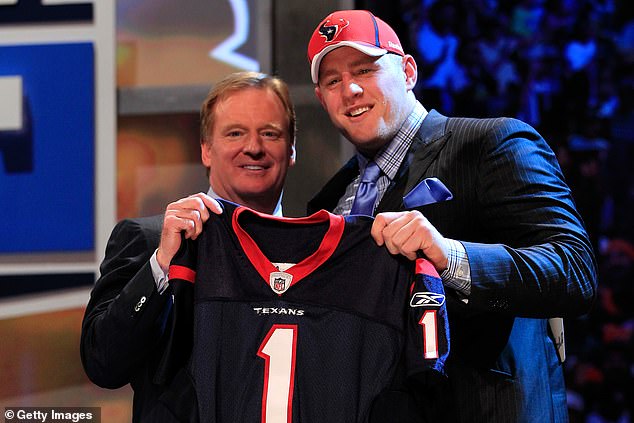 Watt, who was taken with the No. 1 overall pick in 2011 by HOU, will honor Luketa’s request

Hearts loanee Stephen Humphrys scores sensational goal from his OWN HALF