Tua Tagovailoa should be having a ‘real conversation’ about whether he should continue playing in the NFL, claims former player Marcus Spears, after Miami Dolphins quarterback suffered yet another concussion

Marcus Spears has suggested if he were part of Tua Tagovailoa’s close circle he would have a discussion regarding the Miami quarterback’s premature retirement from football.

Tagovailoa is once again in concussion protocol after experiencing symptoms on Monday, a day after a heavy blow to the head in the Dolphins’  26-20 loss to the resurgent Green Bay Packers.

His return date to football is unknown with concerns about his current and long-term health following his latest head trauma.

‘If I’m Tua and if I’m in any part of his family, I’m having a real conversation about my career – as far as a NFL football player, whether this should be it or not,’ Spears said on ESPN’s NFL Live.

‘And I’m not trying to be dramatic or polarizing but this is three concussions in one calendar season. Let alone a calendar year.

Fans thought Tagovailoa might have got concussed from being taken down on a play shortly before halftime in the Dolphins defeat. Though he played the rest of the game, throwing three interceptions in the fourth quarter.

Tagovailoa’s most previous concussion on the season occurred after being ripped to the turf by 6-foot-3, 340-pound Bengals defensive tackle Josh Tupou, which saw him taken off the field on a stretcher and taken to hospital after going into the fencing position. 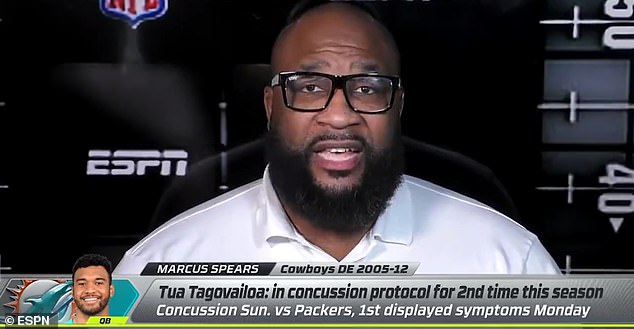 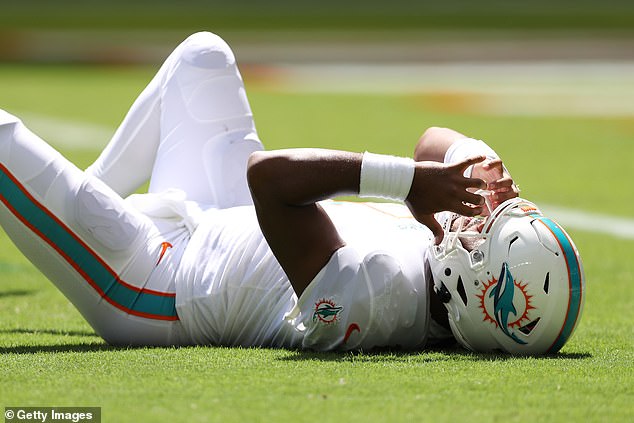 It was only four days after another incident in the Bills game, where he was wobbly on his feet after hitting his head on the ground. Miami called it a back issue, many medical experts and former players believed it to be a concussion.

‘I do believe it was a concussion against Buffalo,’ Spears continued.

‘I’m having a real conversation about if this career should be in question and if it should be over… as we’ve seen so many stories come out about about the things that transpire from having concussion.’ 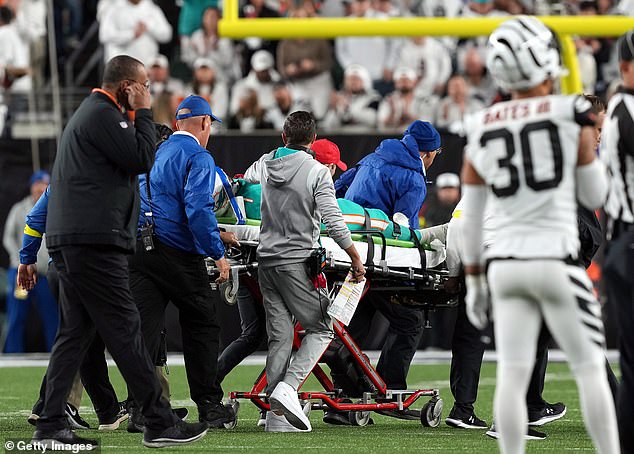 Four days later, he was off on a stretcher after being concussed against Cincinnati Bengals