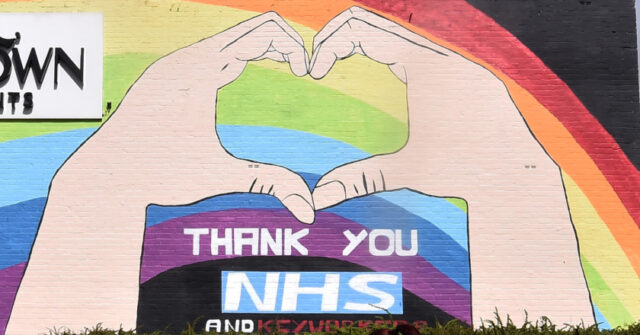 The UK’s Policy Exchange think-tank has alleged that the NHS currently allows male members of its staff who identify as “trans” to treat women in its care, even if those women request carers of the same sex.

If such allegations are true, then it represents only the latest instance of the health service pushing transgenderism to the point it could jeopardise patient safety, with one part of the socialised healthcare provider already having been alleged to have “covered up” a rape committed by a “trans” patient.

In a report published on Monday, the think-tank claims to have seen a letter by North Bristol NHS Trust (NBT) which says that patients will not be guaranteed same-sex staff for intimate care.

Instead, “trans people” who dress and use the same pronouns as a patient receiving such care who requests same-sex treatment will also be permitted to access the patient, a factor the think-tank alleges could put patients at risk.

“In practice, this means that a biological male will be accommodated with female patients on female wards (and vice versa) if requested by a patient who self-identifies as a gender not aligned to their biological sex,” the think-tank writes.

“The letter goes on to reveal that the Trust cannot guarantee same-sex intimate care or gain full patient consent because it refuses to ask employees their biological sex,” the report continues. “While a clinician is expected to disclose where relevant their gender identity, the Trust confirms there is no policy requiring them to disclose their sex, and this expectation does not apply once a clinician has obtained a gender recognition certificate (GRC) and is ‘fully transitioned to their preferred gender’.”

“The letter does not elucidate on what transition consists of,” the report goes on to say.

‘There was No Male In the Hospital’ – UK Hospital Covered Up Rape by Trans Patienthttps://t.co/82KNMy7W27

Policy Exchange goes on to write that NBT has a serious history of alleged sexual assaults taking place within its premises, claiming up to 30 alleged assaults said to have taken place at one single hospital operating under the trust’s care since  2019.

According to the think-tank, such statistics prove the importance of same-sex intimate care, with the group alleging that “gender identity ideology” is putting patience exposed to it in danger.

If Policy Exchange is correct in its claims, it would not be the first time that the influence of transgenderism within the NHS led to alleged sex crimes being “covered up”.

For example, one hospital in the UK is said to have denied a rape took place within their premises as they claimed that there was “no male in the hospital” where the assault was said to have happened.

This was reportedly due to the fact that the alleged rapist involved in the incident identified as “transgender”, though the branch of the NHS involved in the controversy is alleged to have since acknowledged the presence of the trans individual.

“It has taken nearly a year for the hospital to agree that there was a male on the ward and, yes, this rape happened,” one member of Britain’s House of Lords remarked regarding the case.

“During that year she has almost come to the edge of a nervous breakdown because being disbelieved about being raped in hospital has been such an appalling shock,” the member continued. “The hospital, with all its CCTV, has had to admit that the rape happened and that it was committed by a man.”

All the decisions have already been made. Why Putin needed a visit to Lukashenko