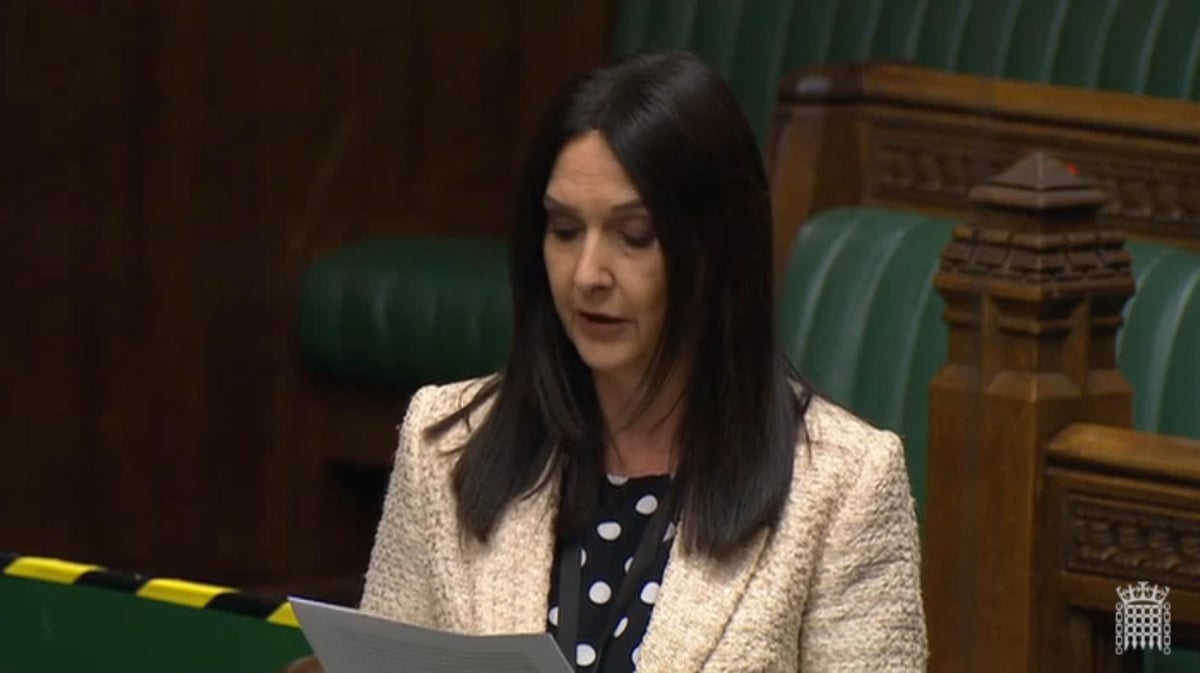 Margaret Ferrier admitted at Glasgow Sheriff Court on Thursday she had put people at risk by travelling on a train between London and Scotland knowing she had Covid.

Pressure is now growing on the 61-year-old MP for Rutherglen and Hamilton West to quit the Commons.

Devi Sridhar: Online threats should be met with harsher penalties

Margaret Ferrier has resisted calls to quit as an MP. Picture: PA

He told BBC Radio Scotland’s Good Morning Scotland programme on Friday: “Nicola Sturgeon and the SNP should do two things today. Nicola Sturgeon should call Margaret Ferrier – she’s referred to her as a friend – and she should tell her in no uncertain terms to stand down, and it’s in Margaret Ferrier’s interest to do so as much as anyone else’s.

“She should also ensure that her party membership is permanently removed to make it clear there is no route back for her.”

Ferrier, of Cambuslang, had the SNP whip removed in 2020 after the allegations emerged and she now serves as an independent MP in Westminster.

The court heard Ferrier travelled in and around Glasgow and to London in September 2020 having been tested for the virus.

While awaiting the results, she spoke in the Commons and visited elsewhere in London.

She then took the train home to Glasgow after being told she had tested positive for Covid-19.

Mr Bibby, Scottish Labour’s transport spokesman, said she made a “catastrophic series of errors of judgments”. He said: “We need decency and standards in politics and we can’t have a position where lawmakers are lawbreakers.

“Imagine being a person in Rutherglen and Hamilton West who needs help from their MP with Covid. It might be a family member of someone who died in a care home, would you be comfortable seeking support from Margaret Ferrier? I really don’t think you would.

“We need to bring this sorry episode to an end and the quicker Margaret Ferrier resigns to sooner the people of Rutherglen and Hamilton West, and those affected by Covid across the country, might forgive her for her actions, but if she’s just going to stick around for a pay packet and pension contributions I think people will be very angry about that.”

Ferrier admitted she had culpably and recklessly exposed the public “to the risk of infection, illness and death”.

Best deals for Benidorm with prices from just £160pp in October

Why doesn’t the Scottish Government understand the island dimension?

Putin is mobilizing. Germany and France are unlikely to step…

Eamon O’Connell: How do you dehorn a cow with her head stuck…