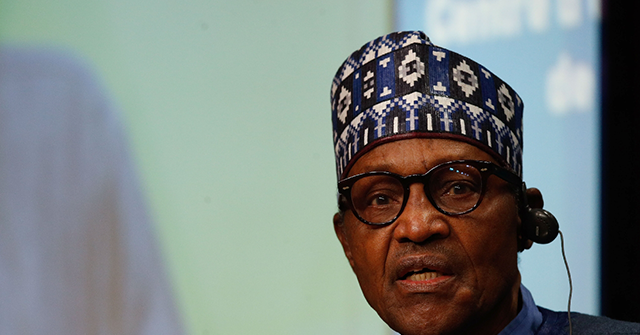 Nigerian President Muhammadu Buhari complained on Tuesday that the war in Ukraine is flooding Africa’s Lake Chad region with arms and manpower for terrorist gangs, threatening the stability of the entire region.

Buhari was speaking at a summit of the Lake Chad Basin Commission (LCBC), a cooperative organization formed in 1964 by Nigeria, Niger, Chad, and Cameroon with an emphasis on environmental stewardship. The LCBC was later expanded to include the Central African Republic (CAR) and Libya as members, plus Egypt and the Democratic Republic of Congo as observers, and its focus shifted more toward regional security.

The four founding members of the LCBC noted they have experienced “unprecedented levels of crises” over the past decade, thanks to violence perpetrated by bandits and jihadi groups, notably including the ISIS-aligned Boko Haram and its splinter group, the Islamic State in West Africa Province (ISWAP).

“Regrettably, the situation in the Sahel and the raging war in Ukraine serve as major sources of weapons and fighters that bolster the ranks of the terrorists in the Lake Chad Region,” Buhari told the summit on Tuesday.

“A substantial proportion of the arms and ammunition procured to execute the war in Libya continues to find its way to the Lake Chad Region and other parts of the Sahel. Weapons being used for the war in Ukraine and Russia are equally beginning to filter into the region,” he claimed.

“This illegal movement of arms into the region has heightened the proliferation of small arms and light weapons which continues to threaten our collective peace and security in the region,” he said.

Nigeria and other regional governments have a habit of declaring Boko Haram and ISWAP all but defeated – only two days ago, officials in Nigeria’s northeastern Borno state announced 90 percent of Boko Haram’s fighters have surrendered or been killed since the alleged death of leader Abubakar Shekau in October 2021 – only for the terrorist gangs to resurface and commit fresh atrocities.

Buhari praised the Multinational Joint Task Force (MNJTF) for conducting successful operations against terrorist camps but told LCBC that tighter border controls around the Lake Chad region were the only way to prevent the gangs from obtaining arms and reinforcements.

“Although terrorist threats have been significantly decimated in the region, it is worthy of note that military actions alone cannot effectively win the war against terrorism,” the Nigerian president asserted. “There is the overriding need to complement military operations with the provision of sustainable development projects that will ameliorate the living conditions of the affected people in the region.”

Buhari hailed Libya’s membership and participation in LCBC as a “positive step,” acknowledging Libya’s position as a major source of weapons, political instability, and weapons after former U.S. President Barack Obama’s cataclysmic invasion in 2011. He said weapons from Libya “continue to find their way” to Lake Chad militants, joined by fresh streams of equipment from Ukraine and Sahel.

Buhari did not elaborate on how weapons from the Ukrainian battlefield were being diverted to Africa, or what agency was responsible for transporting them to the region. Voice of America News (VOA) reported the Russian and Ukrainian embassies in Nigeria did not respond to requests for comment.

Jaye Gaskia, chair of the Partnership Against Violent Extremism, told VOA that Buhari’s claim was not implausible.

“The longer this war goes on, the more it opens up for all manners of groups to be entangled with it, if not directly through financial and funding, through building solidarity and the rest, the more that becomes a possibility, the more insurgent groups in the Sahel begin to find the theater of war in Ukraine as a veritable source,” Gaskia said.

Other analysts have linked the Ukraine conflict to Africa’s Sahel region, in manners ranging from instability exacerbated by the food supply and economic crises created by the Russian invasion, to the deteriorating relationship between African nations and counter-terrorism operations led by NATO countries. Sahel jihadis have a history of obtaining weapons from Eastern Europe, and there are plenty to be scavenged or diverted from the chaotic battlefield in Ukraine.