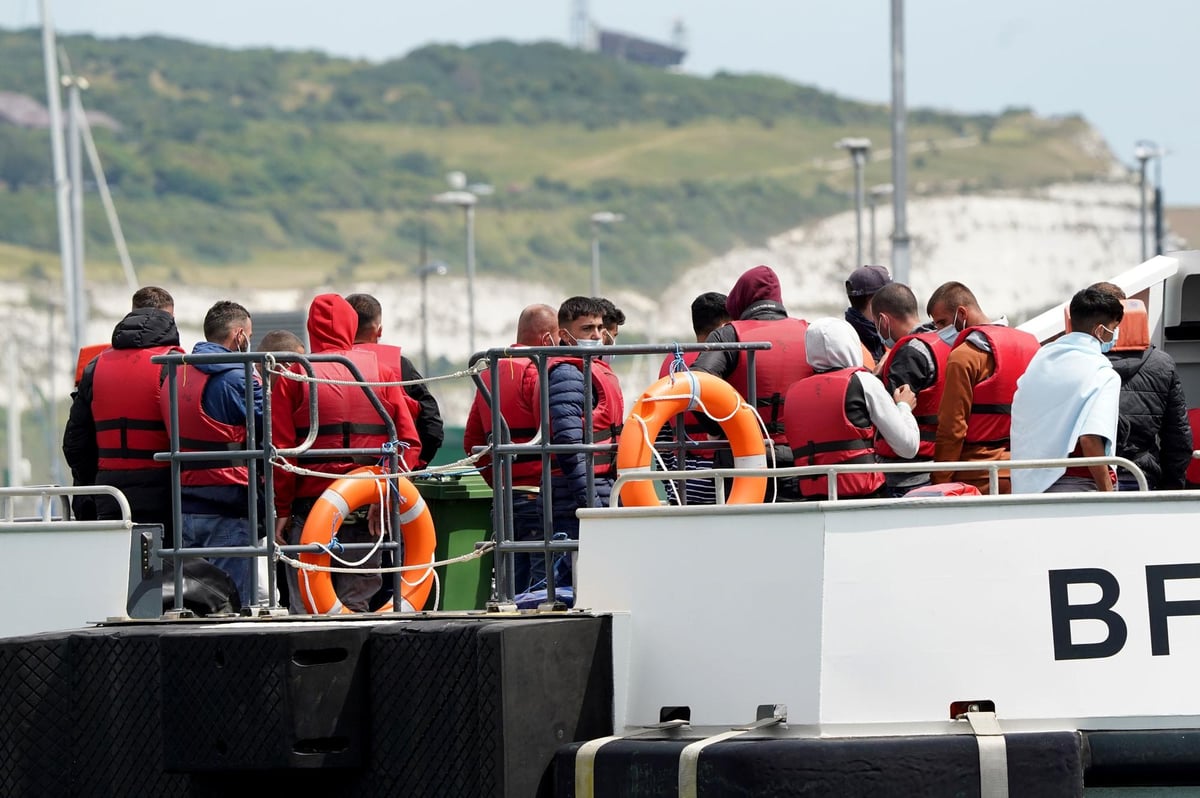 The Commons Home Affairs Committee accused ministers of hunting for “radical new policies that might make good headlines” but do little to stem the flow of people attempting the dangerous journey.

It warned “quick-fix solutions” will not tackle the crossings as it called for an asylum system that “deals with reality”.

The committee’s report said: “Much more clarity is required on the new plan to relocate some migrants from the UK to Rwanda. There is no clear evidence that the policy will deter migrant crossings.”

MPs called on the Government to prove the deal will deter crossings and to disclose “detailed costings” to support suggestions the move will reduce the current £1.5 billion asylum system bill, as they warned: “Some claim that the UK also runs the reputational risk of appearing to wash its hands of its international obligations.”

More than 14,000 migrants have made the 20-mile journey so far this year, navigating the world’s busiest shipping lanes from France in small boats like dinghies, provisional Government figures show. The total for 2022 is anticipated to be 60,000.

At least 166 people have died or gone missing attempting the crossing, including 27 in a single day last year.

Since April the military has been in control of the Channel operation but this is due to be reviewed in January.

The committee’s inquiry found the Government’s response to the crisis, characterised by “inattention and poor decision making” had exacerbated problems and “undermined public confidence” in the asylum system and border control. The “perceived reluctance” of the French Government to find a solution has not helped the situation;

And it found the “greatest deterrent” to Channel crossings would be to prevent them “ever leaving France”, while attempts to forge returns agreements with EU states to send migrants back to safe countries have “entirely failed” in the wake of the UK leaving the Dublin Regulation arrangements when freedom of movement ended.

The inquiry recommended the Government negotiate with France on introducing further preventative measures on the continent and set up UK asylum assessment centres there.

Committee chairman Dame Diana Johnson said: “(The Government’s) deterrent policy of sending asylum applicants to Rwanda appears to have gone unnoticed by those who attempt to cross the Channel.”

Policy development has “moved away from evidence-based, tested and cost-effective solutions reacting to the changing demands placed on it”, she said, adding: “Instead, we have a search for radical new policies that might make good headlines but do little to stem the flow of people prepared to put their lives at risk to reach the UK by any means necessary.

“The UK needs an asylum system that deals with reality.”

Throwaway society: Disposable vapes are adding a vast amount of plastic pollution to…