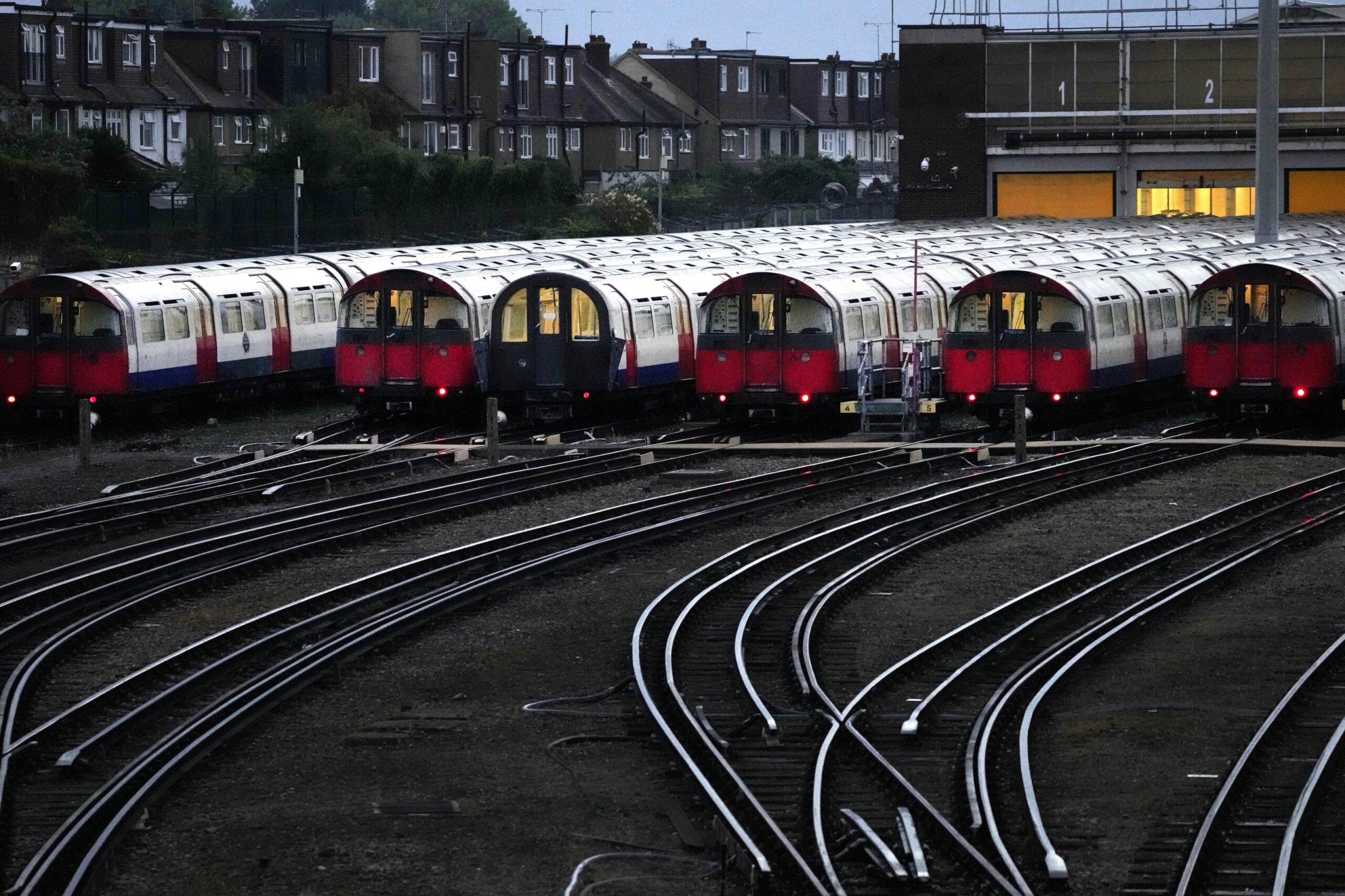 LONDON (AP) — A strike by London Underground workers brought the British capital’s transit network to a grinding halt on Friday, a day after a nationwide walkout by railway staff. Another rail strike is scheduled for Saturday as the U.K. endures a summer of action by workers demanding pay increases to offset soaring food and energy price hikes.

No subway trains were running on most of London’s Tube lines because of the strike over jobs, pay and pensions by members of the Rail, Maritime and Transport Union, operator Transport for London said.

“It is going to be a difficult day,” said Nick Dent, TFL’s director of customer operations. “We’re advising customers not to travel on the Tube at all.”

There was also continuing disruption above ground as trains started to run again following Thursday’s strike by thousands of railway cleaners, signalers, maintenance workers and other staff. Only about a fifth of trains ran during the 24-hour walkout, the latest in a series of strikes on Britain’s railways.

Transport Secretary Grant Shapps told Times Radio that “it’s a kick in the teeth” to the public for unions “to turn round after we provided 16 billion pounds of support for the railways and go ‘Right, well, the next thing we’re going to do is go on strike.’”

Garbage collectors and recycling workers in Edinburgh, Scotland, began an 11-day strike on Thursday, warning that trash will pile up in the streets as tourists flock to the city for the Edinburgh Fringe and other arts festivals.

U.K. inflation hit a new 40-year high of 10.1% in July, and the Bank of England says it could rise to 13% amid a recession later this year. The average U.K. household fuel bill has risen more than 50% so far in 2022 as Russia’s war in Ukraine squeezes global oil and natural gas supplies. Another increase is due in October, when the average bill is forecast to hit 3,500 pounds ($4,300) a year.