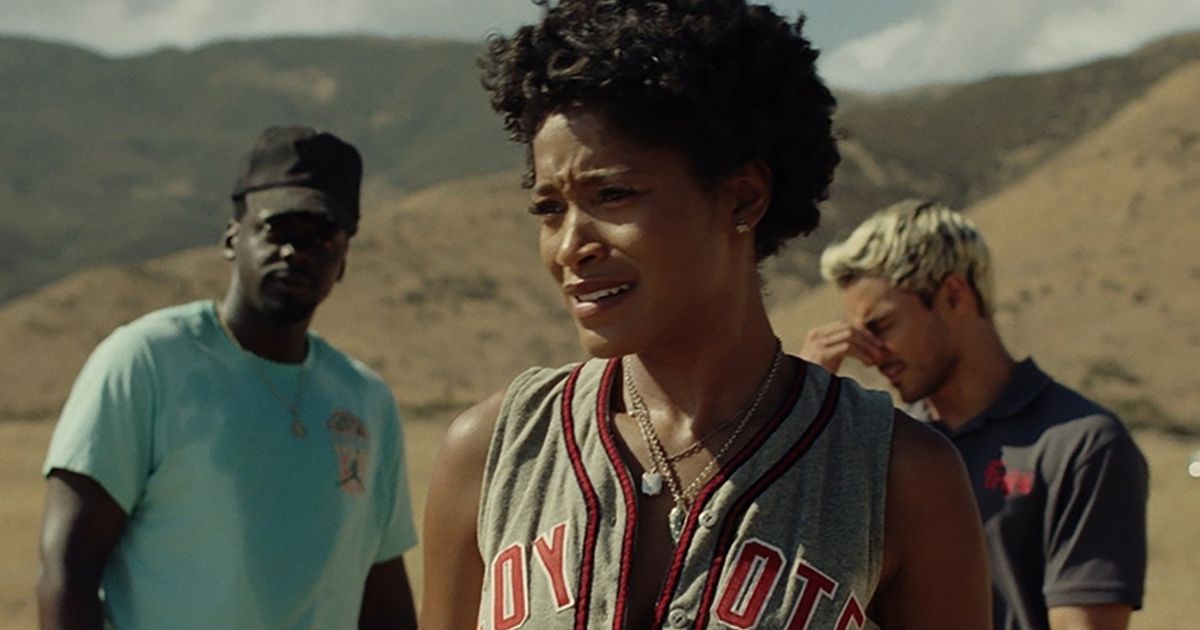 Is Jordan Peele’s latest a modern-day sci-fi horror classic? The answer is the title: “Nope.”

With 2017’s “Get Out” and his 2019 follow-up “Us,” Peele established himself as a filmmaker with a distinctive mastery of the horror genre. Low in budget, those pictures were immensely successful at the box office, bringing in big bucks as audiences responded positively to their slow-build layering-on of increasingly disturbing images and the Black filmmaker’s thoughtful handling of racial subject matter. Clearly, a major new filmmaking talent had arrived.

So the anticipation for “Nope” has been great. With a bigger budget and a longer running time than either of Peele’s previous pictures, “Nope” has ambitions to be a major summer event movie. It may hit that mark, but it feels like a step back nevertheless.

To be sure, it is atmospheric as, well, all get out. In an isolated Southern California valley, OJ Haywood (Daniel Kaluuya) and Emerald Haywood (Keke Palmer), Black brother and sister owners of a ranch where horses are trained for use in Hollywood productions, are experiencing unnerving occurrences.

At night, in the distance, mysterious lights glow, fade, vanish and then suddenly reappear, glowing again. Outside, heavy mists encroach. Thickets of dust swirl. Roaring noises echo in the valley.

The horses are agitated. OJ and Emerald likewise.

And up in the sky there is this odd cloud. It’s odd because it doesn’t move. Day after day, it’s a fixture in the firmament. And darting through it is … what’s that? It looks like a flying saucer — and shades of the “X-Files.” Which is to say the level of originality that set “Get Out” and “Us” apart from the Hollywood horror movie herd is lacking in “Nope.” Its characters gaze wonderingly at the sky, but it covers overly familiar ground.

Scripted, directed and produced by Peele, “Nope” does offer a singular perspective on the role Black Americans have played in the development of the film industry. In a speech Emerald delivers early in the picture, she declares that in the famous set of linked photographs made by Eadweard Muybridge in 1887, which showed a galloping horse, the rider was a Black jockey. Motion pictures sprang from that sequence, and Muybridge’s name is well-known to history. But the name of the jockey is not. Emerald claims she and her brother are descended from that overlooked jockey and their Black-run horse ranch, an outlier in the modern movie industry, is her family’s way of rescuing him from obscurity.

Brother and sister are polar opposites in terms of personality. OJ is a man of very few words while Emerald rarely shuts up. Kaluuya, who previously starred in “Get Out,” is the stolid, solid center of the picture while Palmer overshadows him with her lively volubility. She steals every scene she’s in.

Another scene-stealer is Brandon Perea who plays a techno geek deeply steeped in UFO lore who helps the siblings set up a surveillance system on their property enabling them, they hope, to film saucer beings prowling their property. Emerald figures they can make money off the pictures and thus save their ranch, which has been deeply in debt.

After spending the opening segment of “Nope” teasing and terrifying the audience with artfully obscured images of the alien invaders, Peele shifts into comedy gear when the saucer starts chasing the cast. Enter Michael Wincott playing a grouchy cinematographer hired by the Haywoods to photograph the invaders. When he starts to croak the amazingly apropos lyrics of the ‘50s novelty hit “Purple People Eater” (“I saw the thing comin’ out of the sky”) and something that looks like a giant jellyfish appears overhead, the picture descends into silliness.

It’s fun, but it’s not prime Peele by any means.

Don’t Worry Darling’s Nick Kroll jokes he was behind…

Cholesterol drug could be used in treatment of prostate…