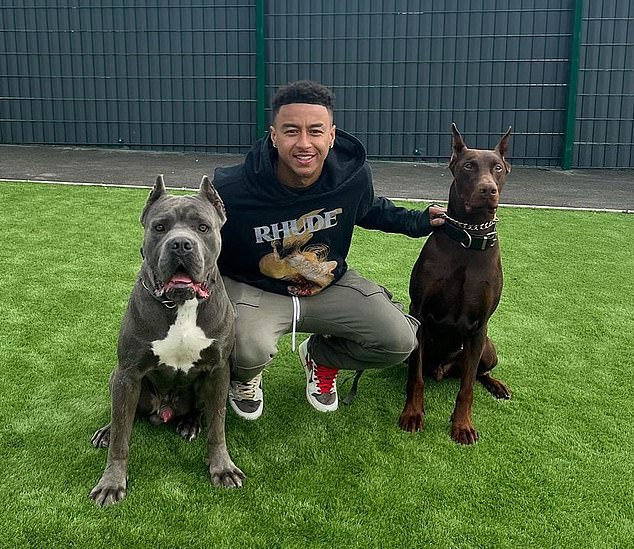 Nottingham Forest star Jesse Lingard has been slammed on social media after sharing a post showing his new dogs Creed and Cash with cropped ears.

Ear cropping is an illegal procedure in the UK unless performed by a vet for medical reasons, but has become a popular cosmetic surgery for some dog breeds.

Lingard’s prized possessions appear to be of Doberman and Mastiff-type breeds with their ears mutilated to look pointy and more pronounced.

Ear cropping is a procedure whereby the floppy part of the ear is cut away and the hard part is then left to grow upwards to promote a more ‘attractive’ look. 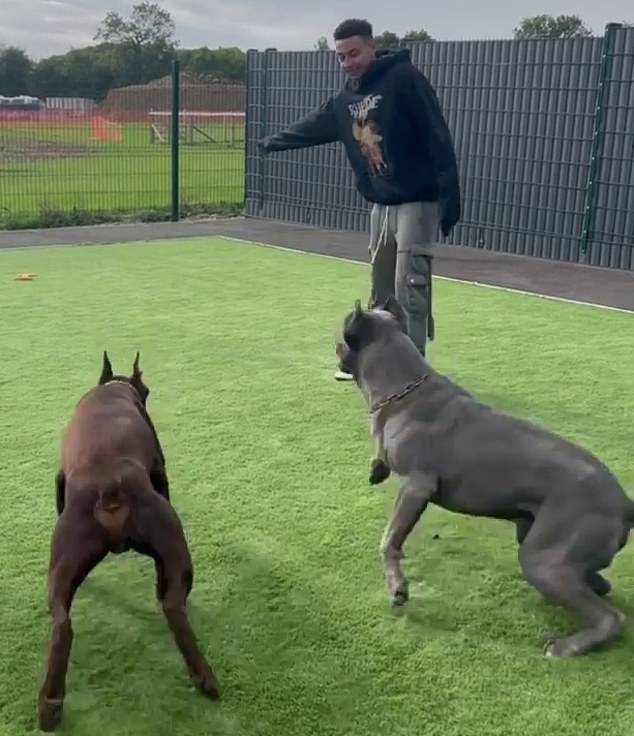 The procedure is usually done on puppies aged between six and 12 weeks and can be extremely traumatic for dogs.

Additionally there is no recognised health benefits to the surgery, with many owners having their dogs ears cropped for fashion purposes.

Lingard, 29, has been accused of animal cruelty since sharing images and videos of his dogs on Instagram with some users blasting the England international for animal abuse.

One commenter on his post that has received over 120,000 likes wrote: ‘Ruined 2 amazing dogs! Idiot’. 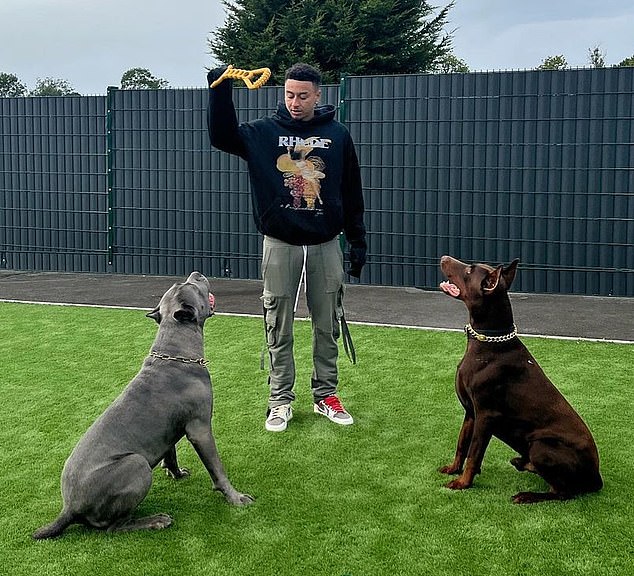 Another opposed this view however, suggesting that Lingard wasn’t in the wrong as they replied: ‘The dogs looks pretty healthy. But of course, people will think as always, they have the authority to judge the other.’

The post shared to the former Manchester United player’s Instagram platform that has 9.7million followers showed the footballer posing and playing with his two dogs outdoors.

The dogs were bought from Chaperone K9 Ltd who boast on Instagram that they are ‘Suppliers of the finest family protection dogs around the world’. 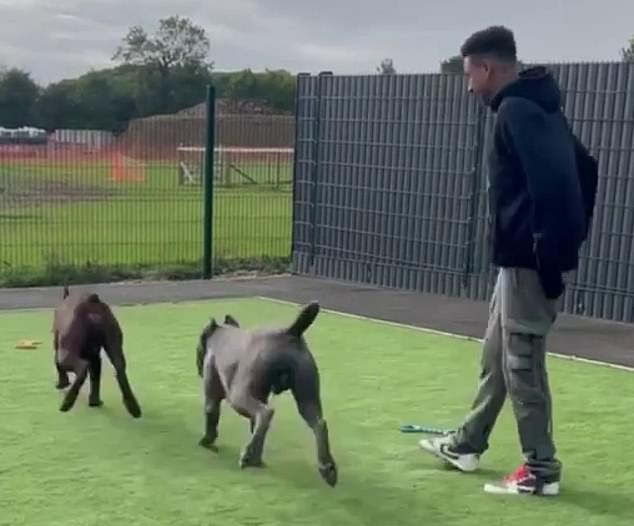 The two dogs were purchased from Leicestershire-based company Chaperone K9

Protection dogs have seen an increase in popularity amongst footballers as high-profile stars look for new ways to increase their home security after numerous break-ins and robberies at footballers homes.