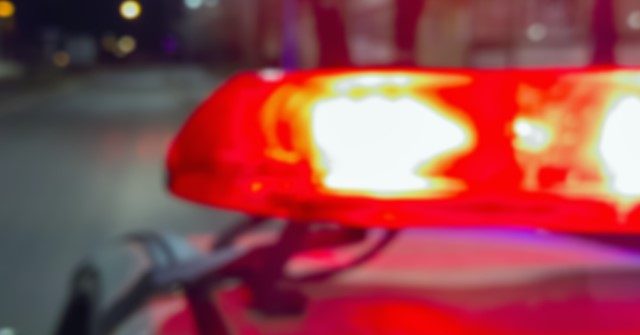 A man in Queens has been accused of mowing down his estranged wife with an SUV before stabbing her on Tuesday, the New York Post reported.

The suspect later called police and said he believed he had killed his wife, according to prosecutors.

Not long after police officers arrived at the scene on Parsons Boulevard, 36-year-old Stephen Giraldo, an MTA worker, allegedly said he hit the woman, then instructed them to arrest him.

In the courtroom Wednesday, Assistant District Attorney Audra Beerman explained to the judge that the couple’s three children were in the car when the alleged incident occurred.

Beerman said prior to allegedly hitting his wife, the suspect told the children, “Everyone keep your seatbelts on.”

Giraldo was waiting inside the car outside 41-year-old Sophia Giraldo’s home when he called and told her to come outside.

“When she approached the car, he sped up and hit her so hard, she flew over the fence, Beerman said. His white Ford Explorer then struck a wrought-iron fence and fell onto the driver’s side,” the Post report continued, adding the man got out of the vehicle and allegedly stabbed the woman twice under her right breast.

Officers eventually found the discarded knife nearby, and the suspect remained at the scene until they arrived.

Surveillance footage recorded from across the street appeared to show the moment the vehicle accelerated, and CBS New York reported crews later worked to get the SUV right side up:

“There’s been numerous incidents with violence and crimes and it’s very, you know, it’s very disturbing. It didn’t used to be like this,” neighbor Joe Lubera said.

The victim, who is a life coach and domestic abuse survivor, is in critical condition after suffering neurological damage, and broken bones in her leg. In addition, one of the stab wounds punctured her liver.

In her podcast that launched a few months ago, Sophia, who reportedly filed for divorce in August, said, “Being in a toxic relationship I saw a lot of research on narcissism and abuse,” according to Fox 5 New York:

Meanwhile, the suspect was suspended without pay pending the investigation’s outcome, the outlet said.

Friends and relatives are currently caring for the couple’s 11, nine, and six-year-old children who did not sustain any injuries during the incident.

The suspect was charged with attempted murder, assault, weapons possession, reckless endangerment, and endangering the welfare of a child, the Post article said, adding Giraldo was remanded into custody and remains on suicide watch.

“Compared to 2019 crime rates, some cities have seen a doubling in murders and a 36 percent increase in aggravated assaults,” the outlet said.

Arlington Cemetery Mulls Whether to Preserve or Dismantle Confederate Monument