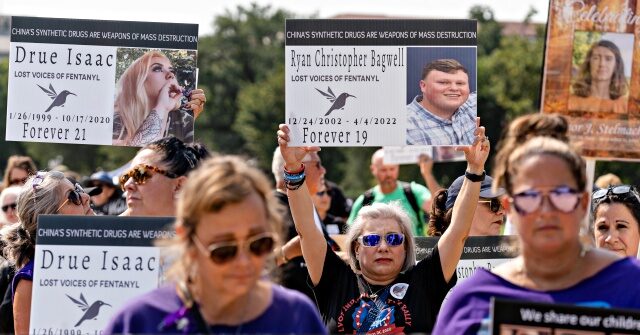 Rep. Brad Wenstrup (R-OH) is leading an effort to declare illicit fentanyl a Weapon of Mass Destruction (WMD) being used against hundreds of thousands of American citizens, a plan exclusively shared with Breitbart News reveals.

The “Stop Our Scourge Act,” co-sponsored by Rep. Tony Gonzales (R-TX), would classify fentanyl as a WMD and require the Office of National Drug Control Policy to assess how the Mexican and Chinese governments can intervene to stop the flow of the deadly drug into American communities.

“I just think it’s time that we declare fentanyl for what it is — a WMD,” Wenstrup told Breitbart News in an exclusive interview. “Fentanyl fits that description and it is destroying the lives of so many young people. It is now the number one cause of death for Americans aged 18 to 45. These are our next moms and dads, our future truckers, our future police officers, etc.”

In August, in a single seizure, there was enough fentanyl in an Arizona border town to kill more than 42 million Americans. In 2018, enough fentanyl was seized in a drug bust in Clark County, Ohio to kill four million Ohioans.

“Federal agents have said they’ve seen a 4,000 percent increase in fentanyl over the last three years,” Wenstrup said. “That’s just what they’ve caught … we need to stop this at the southern border and work backward from there. It’s not just the humans coming across, it’s the drugs. We need to dismantle the supply chain.”

Classifying fentanyl as a WMD being used against American citizens, Wenstrup hopes, would open a whole host of routes for local sheriffs, district attorneys, state prosecutors, and federal prosecutors to charge fentanyl dealers with murder when their clients — often unaware they are buying counterfeit prescription drugs laced with deadly fentanyl — die as a result of a sale.

Photos of fentanyl victims are on display at The Faces of Fentanyl Memorial at the U.S. Drug Enforcement Administration headquarters on September 27, 2022 in Arlington, Virginia. (Alex Wong/Getty Images) 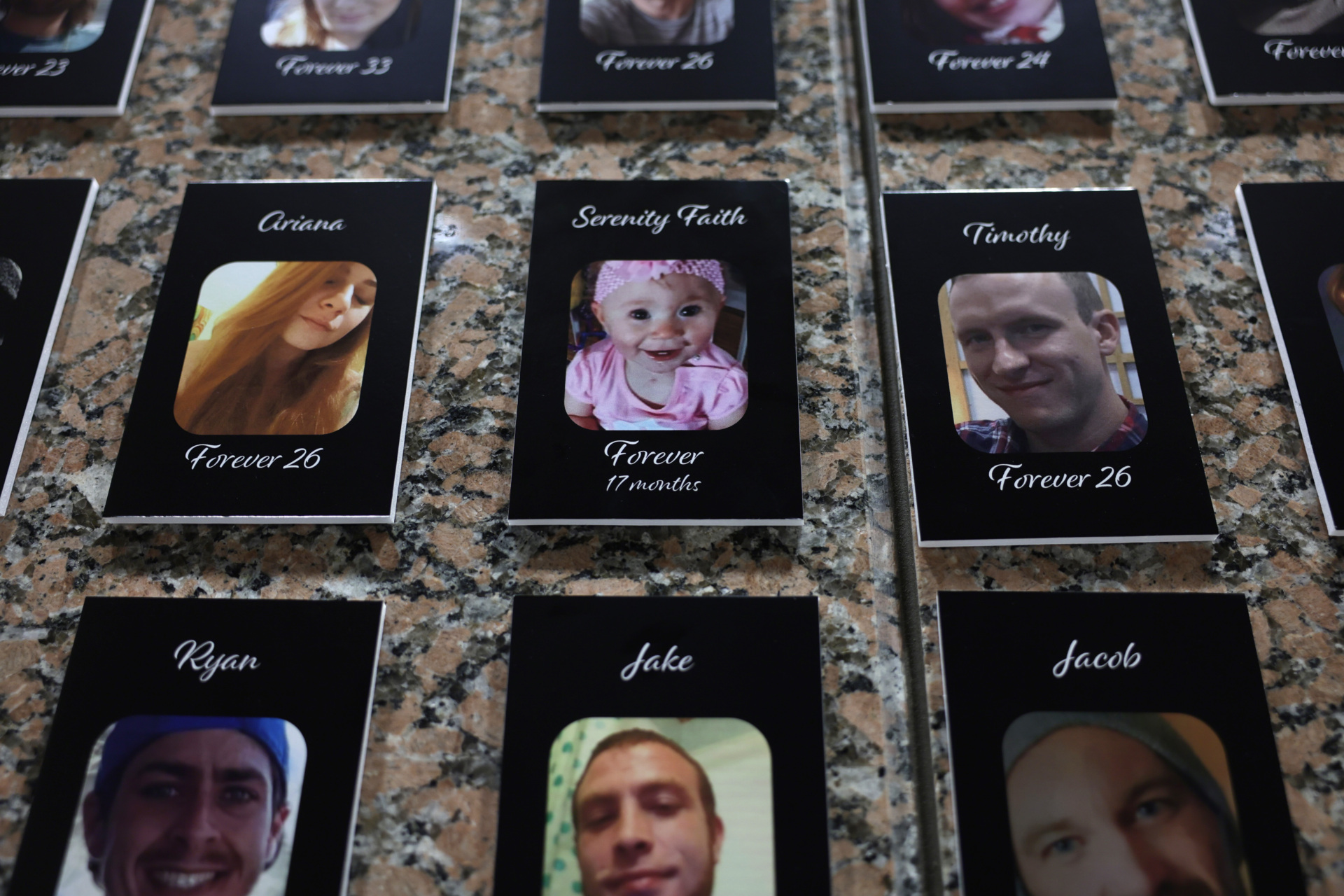 Photos of fentanyl victims are on display at The Faces of Fentanyl Memorial at the U.S. Drug Enforcement Administration headquarters on September 27, 2022 in Arlington, Virginia. (Alex Wong/Getty Images)

“Right now, the Biden administration has failed on the [illegal immigration] crisis at the border and hasn’t done much about stopping the flow of fentanyl. Shouldn’t we stop a WMD from crossing our border?” Wenstrup said.

“Dealers know that death is one of the results but they sell it anyway,” Wenstrup continued. “When the charges become about the sale of a deadly WMD, I would think prosecutors would have a larger case in charging someone with murder.”

Despite an ongoing opioid crisis, where deaths increasingly become Americans poisoned by tiny doses of fentanyl, there has been little action on the issue from lawmakers in Washington, DC — on both sides of the aisle, Republicans and Democrats.

Most recently, House Democrats blocked a plan to crack down on fentanyl.

The latest Centers for Disease Control and Prevention (CDC) figures reveal that more than 100,000 Americans are dying from drug overdoses and poisonings every year. Nearly two-thirds of those deaths were linked to fentanyl.