OLED gaming monitors have arrived to kick TVs off your desk 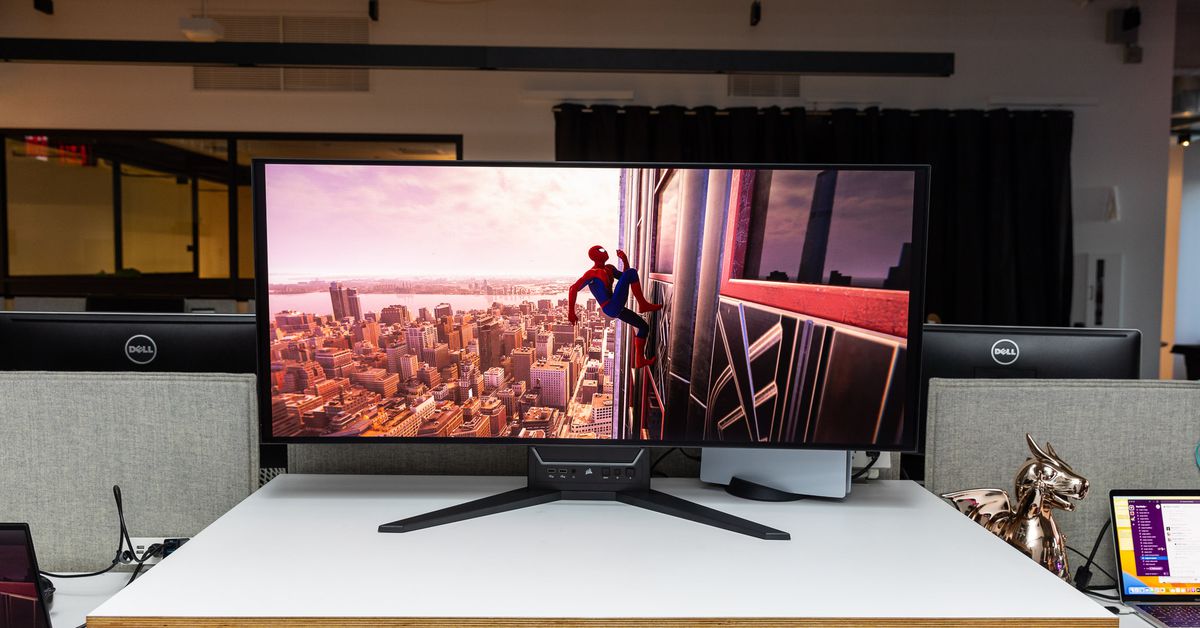 Giant OLED TVs don’t belong on computer desks, despite what my colleague Sean Hollister thinks. A number of gamers use them as monitors since they deliver near-perfect picture quality at a similar price to high-end gaming monitors. It’s hard to blame them, but they’re putting up with lackluster stands, TV-focused interfaces, and having no DisplayPort, a staple for super-fast PC gaming. The pros might outweigh those cons for some, but it’d be great to get rid of most of those cons altogether. Thankfully, better alternatives now exist — a lot of them, actually.

At CES 2023, numerous companies announced models that use LG Display’s flat 27- and curved 45-inch OLED panels. They’re actual computer monitors, complete with sturdy, height-adjustable stands (with optional wall mounting) and all of the ports you’d need for proper PC gaming. They also have a 240Hz refresh rate and .03-millisecond response time. With this batch of panels, LG and Acer are each releasing similar 27- and 45-inch models, while Asus and Corsair riffed on these sizes with slightly more experimental designs.

Samsung is staying in the mix, too, both as a maker of the panels and the monitors. While that company’s new-ish QD-OLED tech first arrived inside of Alienware’s AW3423DW monitor last year, delivering slightly brighter performance than traditional OLED panels, Samsung is launching two curved monitors of its own in 2023. We’ll get a 34-inch Samsung Odyssey G8 OLED along with a more wild 49-inch ultrawide with the unwieldy name, the Odyssey G95SC. (I’m still waiting for that OLED Odyssey Ark, though.)

Even in its infancy, the world of OLED gaming monitors is a playground that companies are having a lot of fun messing around in. If your company isn’t here (Sony), what are you even doing?

It was awesome as I lost count of all the OLED gaming monitors announced during CES 2023. Each one was promising things still hard to find in your average non-OLED monitor. Things like precise, per-pixel brightness control, unparalleled responsiveness and wide viewing angles are inherent to OLED, and now they’re mixed with high-end gaming monitor features.

Unfortunately, they aren’t accessible in terms of pricing — at least to start. The 27-inch models start at about $1,000. That’s the price of LG’s UltraGear OLED, which is the model that’ll arrive the fastest to your door if you order one now. If you’re willing to trust a lesser-known company that doesn’t have the best track record for releasing products on time (or at all), Dough claims it will offer a 27-inch model for $649 later this year.

And the prices just go up with the bigger ones. LG’s curved 45-inch UltraGear starts at $1,699. I went hands-on with Corsair’s similarly sized Xeneon Flex that you can manually flex between flat or curved, and it’ll cost $1,999. Samsung hasn’t shared a cost for its big 49-inch Odyssey G95SC, but I expect it to sell for around $3,000 or so.

While none of those are cheap, I also don’t think they’re outlandish for what you’re getting. Gaming (especially on a PC) is an expensive hobby, and these monitors fall within the range that pricey non-OLED models have occupied for years. The biggest decision that gamers seeking an OLED face right now is choosing between a slightly bigger TV with a slower refresh rate and response time or one of these smaller made-for-gaming OLED monitors. For instance, you can commonly find LG’s stellar 42-inch C2 4K TV for around $1,000, compared to LG’s new, similarly priced 27-inch 1440p monitor. There are tradeoffs to make in both directions.

The good news for gamers is that there are already as many — if not more — companies making OLED monitors than there currently are in the TV business, at least in the US. That gives me hope that prices should eventually dip into a more reasonable price point.

Setting price aside — come on, let’s be excited! OLEDs are being made just for gaming. The advancements made on the TV side of the business have trickled down, and these monitors have specs that speak directly to gamers, like DisplayPort, HDMI 2.1 ports, support for USB-C video, and a lot more.

I’ll be very busy this year checking out all of the OLED monitors that I think will matter most, which isn’t a thing I thought I’d be saying a few months ago. I’m sure that some of them will be a better buy than others, and it sure beats only having TVs to choose from.

How the internet was created by government — not private — innovation

Mardy Fish out as US Davis Cup captain before next matches