Omicron offshoot XBB.1.5 could drive new Covid-19 surge in US 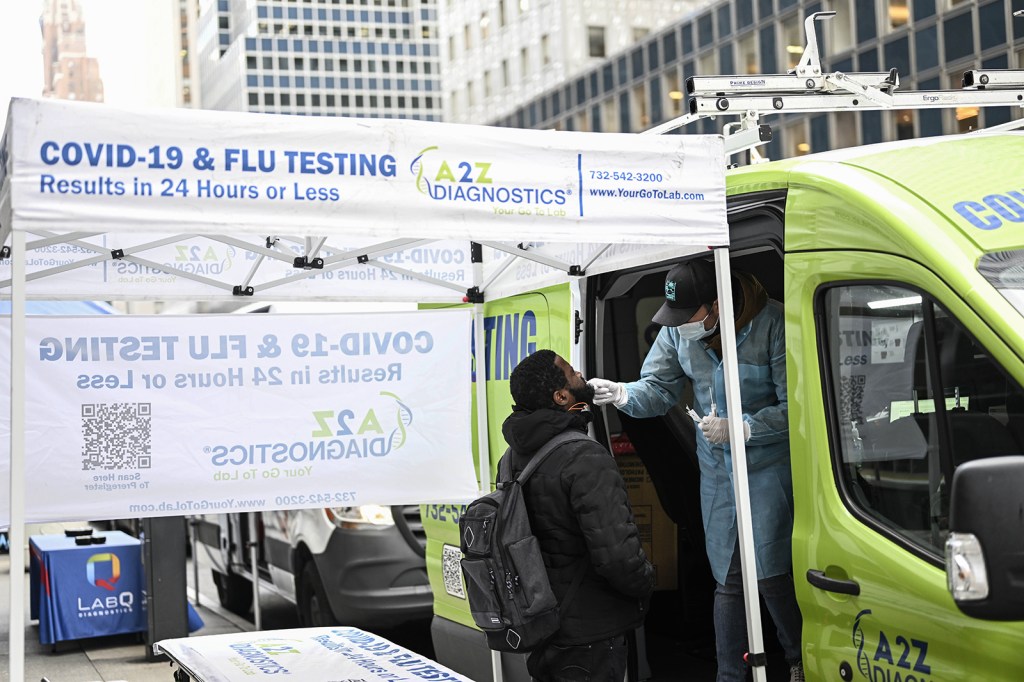 For weeks, scientists have been watching a slew of Omicron descendants duke it out for dominance of Covid-19 transmission in the United States, with the BQs — BQ.1 and BQ.1.1 — seeming to edge out all the others to claim a slight lead.

The result has been a gradual rise in cases and hospitalizations that never seemed to reach the peaks of this summer’s BA.5 wave and was certainly nothing like the tsunami of illness caused by the original Omicron strain a year ago.

But on Friday, the US Centers for Disease Control and Prevention’s Covid-19 variant dashboard revealed a new dark horse that could soon sweep the field: XBB.1.5.

The CDC estimates that XBB.1.5 has more than doubled its share of the Covid-19 pie each week for the last four, rising from about 4% to 41% of new infections over the month of December. In the Northeast, the CDC estimates, XBB.1.5 is causing 75% of new cases.

“For a few months now, we haven’t seen a variant that’s taken off at that speed,” said Pavitra Roychoudhury, director of Covid-19 sequencing at the University of Washington School of Medicine’s virology lab.

Virologists and epidemiologists say this Omicron sublineage has features that give it the potential to drive a new surge of Covid-19 cases in the US, although it’s still unclear how large that wave will be and whether it could send many more people to the hospital.

For all the recent concern that a new Covid-19 threat could come from China’s ongoing surge, experts point out that XBB.1.5 appears to have arisen in the United States. It was first detected in New York and Connecticut in late October, according to GISAID, a global effort to catalog and track variants of the coronavirus.

Trevor Bedford, a professor of computational biology at the Fred Hutchinson Cancer Center in Seattle, said XBB.1.5 has a growth rate similar to that of its distant cousin BA.5.

Bedford has pegged its effective reproductive number — the number of new infections expected to be caused by each infected person — at about 1.6, roughly 40% higher than its next closest competitor.

“I expect it to drive increased circulation in the coming weeks,” Bedford wrote in an email. That increase may not be reflected in case numbers, he pointed out, since more people are testing at home, and their cases may not be counted unless they seek medical care and get a lab test to confirm their results. “So I’d look to hospitalizations in the vulnerable age groups [such as seniors] as better indicator of wave,” he wrote.

XBB.1.5 is the product of recombination: Two descendants of BA.2, the subvariant that drove a modest wave of cases in the US in April, swapped pieces of their genetic code, resulting in 14 new mutations to the virus’ spike proteins compared with BA.2, and a new sublineage, XBB.

XBB drove a wave of cases in Singapore this fall but never gained much ground in the US. Here, it had to compete against a slew of co-circulating variants that had each independently evolved some of the same mutations, making them more equally matched.

Still, scientists have been keeping a close eye on XBB and its spinoffs.

Dr. David Ho, professor of microbiology and immunology at Columbia University, recently tested viruses engineered to have the spikes of XBB and XBB.1 as well as BQ.1 and BQ 1.1 in his lab against antibodies from the blood of people who’d been infected, who were vaccinated with the original and new bivalent vaccines, and who’d been both infected and vaccinated. His team also tested 23 monoclonal antibody treatments against these new sublineages.

In terms of immune evasion, Ho says, these variants have shifted as far away from the antibodies we have made to use against them as the original Omicron variant was from the Covid-19 viruses that preceded it roughly a year ago.

He calls these levels of immune evasion “alarming” and said they could further compromise the efficacy of the Covid-19 vaccines. His findings were recently published in the journal Cell.

Ho said Monday that XBB.1.5 was the same story in terms of antibody evasion as XBB.1, which means it has the potential to escape the protections of vaccinations and past infections. It’s also resistant to all current antibody treatments, including Evusheld.

Another trick up its sleeve

In addition to being highly immune evasive, XBB.1.5 has an additional trick up its sleeve that seems to be helping to fuel its growth. It has a key mutation at site 486, which allows it to bind more tightly to ACE2, the doors the virus uses to enter our cells.

“The mutation is clearly letting XBB.1.5 spread better,” Jesse Bloom, a computational virologist at the Fred Hutchinson Cancer Center, wrote in an email.

This mutation was first flagged by Bloom, who studies the evolution of viruses and viral proteins, as one that could be important for viral fitness. It has been confirmed by Yunlong Cao at Peking University.

“It’s got a better ability to get into cells,” Roychoudhury said, which means it’s more infectious.

Still, experts say it’s hard to know how much of XBB.1.5’s growth can be attributed to properties of the virus and how much simply to good timing.

Coming out of the holidays, during which time people were more likely to travel and socialize, gives any infection — whether it’s the flu, Covid-19 or RSV — more room to run.

“Most public health officials would have expected an increase in Covid-19 cases, even before we knew about XBB.1.5.” said Andrew Pekosz, a professor at Johns Hopkins Bloomberg School of Public Health who studies viral replication. “So whether the increases in Covid cases that are occurring during the holidays are occurring because of the social interactions that people have had or whether they’re specifically related to XBB.1.5 is still something that isn’t clear. Both of those things are probably contributing.”

Most experts said that while they expect that XBB.1.5 has the potential to cause more illness, they don’t expect those infections to necessarily be more severe.

Looking at the Northeast, where XBB.1.5 is thought to be causing the majority of infections, Michael Osterholm, who directs the University of Minnesota’s Center for Infectious Disease Research and Policy, sees reason for hope.

Osterholm notes that the updated boosters should provide some protection, even against this highly immune evasive strain.

“They still provide a level of immunity that may not prevent you from getting infected but may have a significant impact on whether or not you become seriously ill and die,” he said. “I mean, right now, the most recent data we have shows that for those who have the bivalent vaccine, they have a three-fold lower risk of dying than those who don’t.”

Experts also note that although antibody treatments won’t work against this sublineage, other antivirals, such as Paxlovid and remdesivir, should still be effective.

Rapid tests continue to work, as do masks, and ventilation and filtration of indoor air, so even as the virus continues to evolve, there are still good ways to protect yourself from getting Covid-19.

“It doesn’t appear to be causing any more severe illness, and so I think that it’s a very different situation circulating today than had it been a year ago,” Osterholm said. “There’s so much more immunity in the population that I don’t think that it’s going to take off.”

Low-deposit holiday bargains to bag this January, from Turkey to Greece

How to tell if your cell phone has been secretly hijacked

Curious about intermittent fasting? Here’s what experts say you should know