Online backlash over Israeli journalist who sneaked into Mecca 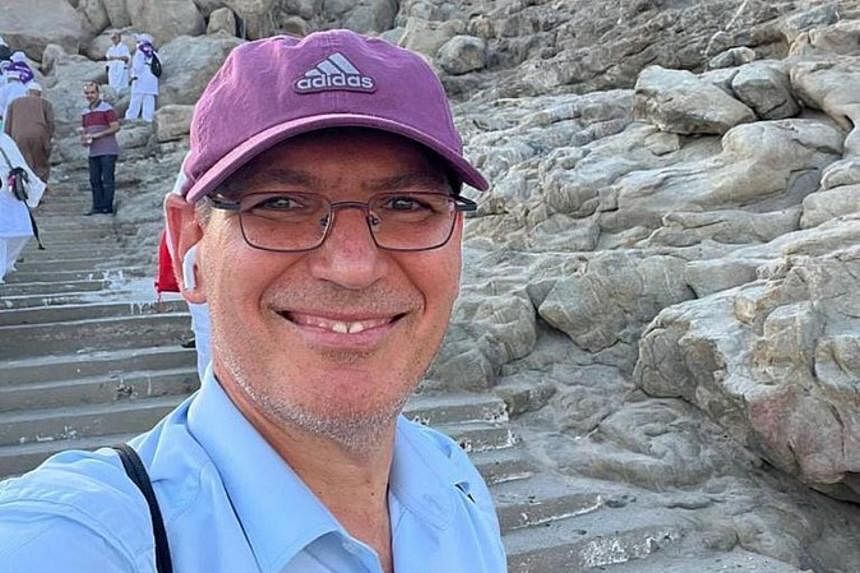 RIYADH (AFP) – An Israeli journalist has sparked controversy after publishing a video of himself sneaking into the Saudi city of Mecca, the holiest city of Islam, flouting a ban on non-Muslims.

The video by Mr Gil Tamary, who works for Israel’s Channel 13, continued to draw hostile reactions on Saudi social media on Wednesday (July 20), two days after Mr Tamary posted it on Twitter and one day after he followed up with an apology for any offence he might have caused.

Saudi Arabia does not recognise Israel and did not join the 2020 United States-brokered Abraham Accords that saw the Jewish state establish ties with two of the kingdom’s neighbours, the United Arab Emirates and Bahrain.

Several Israeli journalists who hold foreign passports were nonetheless able to visit Saudi Arabia both before and during US President Joe Biden’s tour of the Middle East last week.

In his roughly 10-minute clip, Mr Tamary visits Mount Arafat, where robed Muslims pilgrims gather to pray during the climax of the haj pilgrimage each year.

He makes clear he knows what he is doing is outlawed, referring to the site as “a place forbidden to non-Muslims” and declaring: “I am the first Israeli journalist on the spot to broadcast these images and in Hebrew.”

Responding to the outcry on Tuesday, Mr Tamary said he wanted merely to “showcase the importance of Mecca” and the beauty of Islam, while claiming the video “allowed many people to see, for the first time, a place that is so important to our Muslim brothers and sisters”.

Yet a host of international and Saudi media outlets published extensive coverage from Mecca during the haj pilgrimage less than two weeks ago.

A hashtag which translates as “A Jew at the holy mosque” has been trending on Twitter, where one user on Wednesday urged Saudi authorities not to “injure the Islamic nation… by allowing Jews to desecrate the city of the Messenger of God”.

Saudi authorities have not responded to AFP’s requests for comment about the incident.

Even Twitter accounts that have promoted diplomatic normalisation between Israel and Saudi Arabia decried Mr Tamary’s report as a “shame”, as did some of his fellow Israeli journalists.

“There are things that must be said: what Gil Tamary did is a shame for journalism,” Mr Yoav Limor, another Israeli journalist who recently visited the kingdom, said on Twitter.