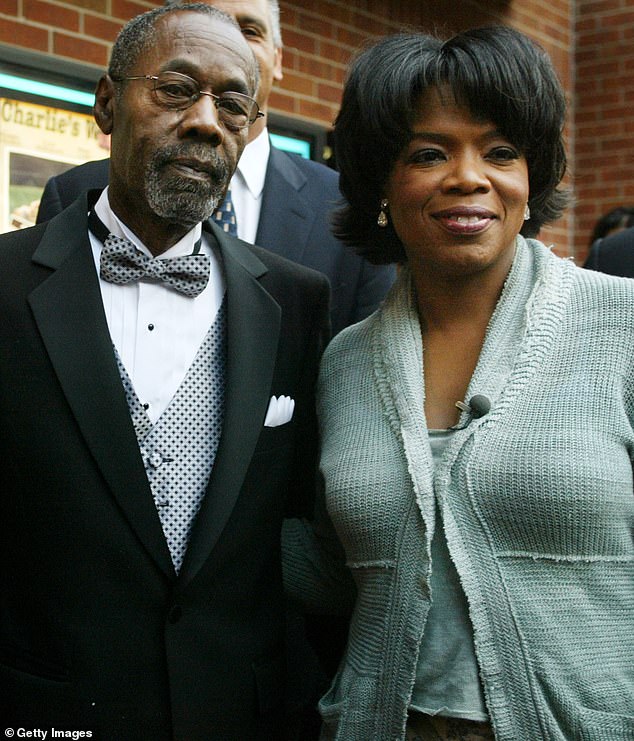 Oprah Winfrey’s father, Vernon Winfrey, has passed away at the age of 88.

The hard-working businessman was battling with cancer, and his daughter surprised him with a heartfelt surprise party to honor his life over the Independence Day holiday.

The TV personality’s father owned a barbershop and was a city councilman in the city of Nashville during the course of his life.

Sad news: Oprah Winfrey’s father, Vernon Winfrey, has passed away at the age of 88 after a battle with cancer; Oprah pictured with Vernon in 2003

The 68-year-old uploaded a tribute post on her Instagram earlier on Saturday with a heartfelt caption following the news of his passing.

Oprah wrote out, ‘Less than a week ago we honored my father in his own backyard. My friend and gospel singer Wintley Phipps saluted him with song.’

‘He FELT the love and reveled in it until he could no longer speak. Yesterday with family surrounding his bedside I had the sacred honor of witnessing the man responsible for my life, take his last breath,’ she added, expressing that her father knew how much people loved and cherished him.

‘We could feel Peace enter the room at his passing. That Peace still abides. All is well. Thank you for your prayers and good thoughts,’ the star stated at the end.

Commentators expressed their condolences on the post, with Oprah Daily stating, ‘Rest In Peace Mr. Winfrey. What a beautiful tribute in person and through the written word.’

Honored guest: Vernon was seated in a barber chair in the heart of the party to honor his work as owner of a successful barbershop in Nashville

Although the type of cancer Vernon was fighting hasn’t been released to the public, the business owner had a chance to be surrounded by friends and family over the holiday weekend.

Oprah, 68, planned a backyard barbeque to honor him and labeled the celebration as Vernon Winfrey Appreciation Day.

In a video uploaded onto her Instagram page, the talk show host explained what the event entailed.

She stated that she was throwing the party, ‘because my father is ill. So we wanted to be able to have all of his friends come and celebrate him while he’s able to receive the joy.’ 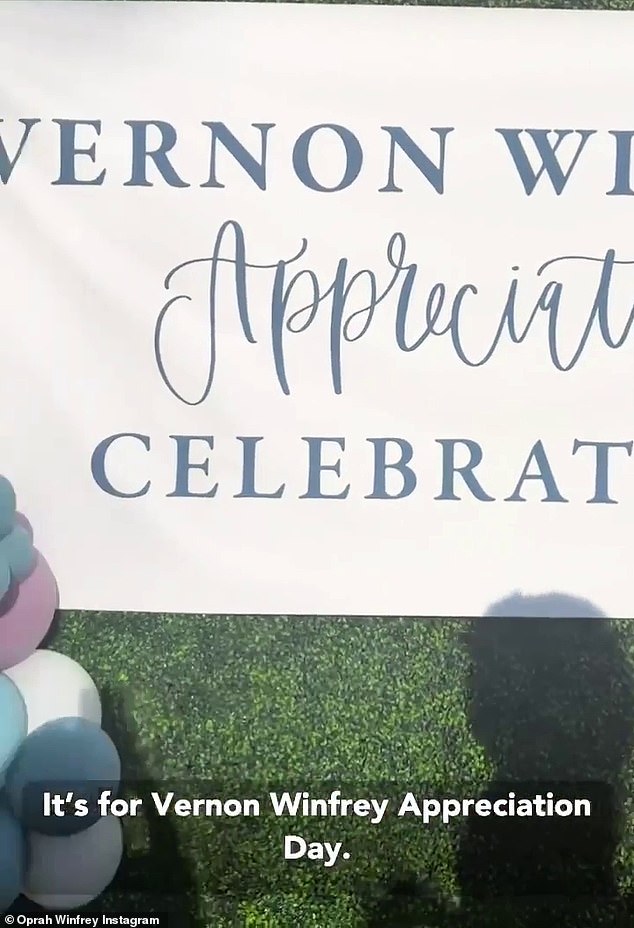 Special day: Due to her father being ill, the media star celebrated Fourth of July by throwing a party to honor Vernon 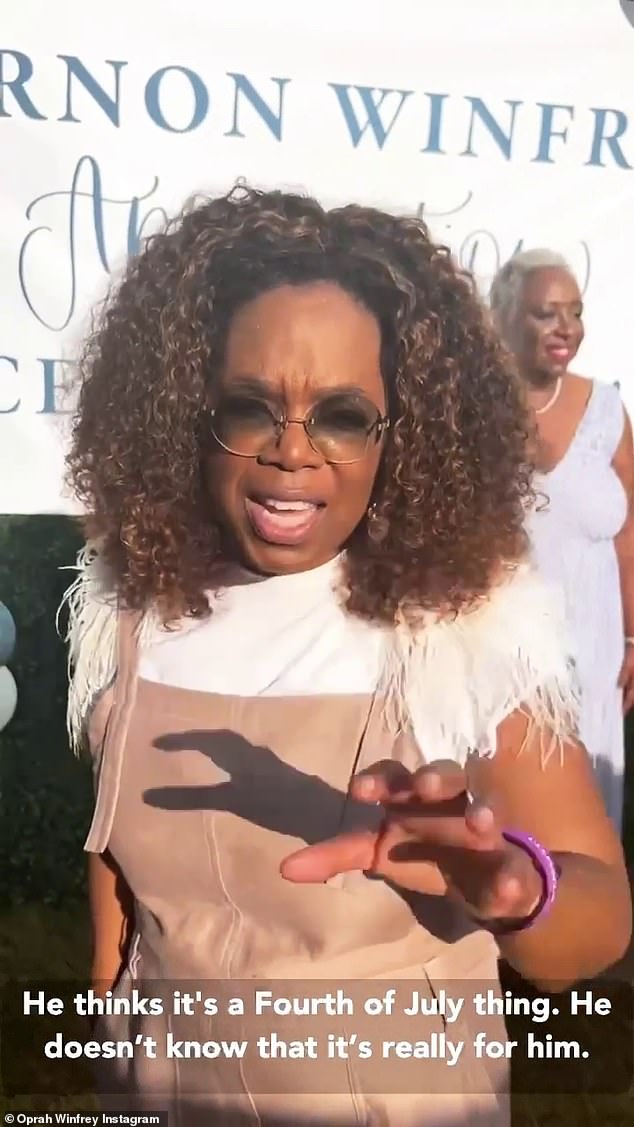 Heartfelt surprise: The talk show host explained that her father, Vernon, thought the party was a simple Fourth of July celebration and had no idea the event was to honor him

‘Giving my father his ‘flowers’ while he’s still well enough to smell them. Happy 4th of July as you gather with your family and friends. Remember to celebrate each other,’ Oprah typed out to caption the video.

According to TMZ, Vernon owned the Winfrey Barber & Beauty Shop for over 50 years.

An employee of the business expressed to the publication how caring and loyal Oprah’s father was. ‘Vernon would give you the shirt off his back.’ 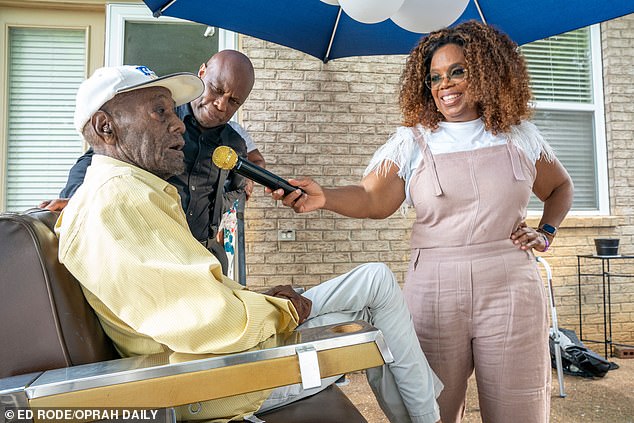 Father daughter due: Oprah had a strong love for her father, and was pictured holding a microphone so he could say a few words during the Vernon Winfrey Appreciation Day party