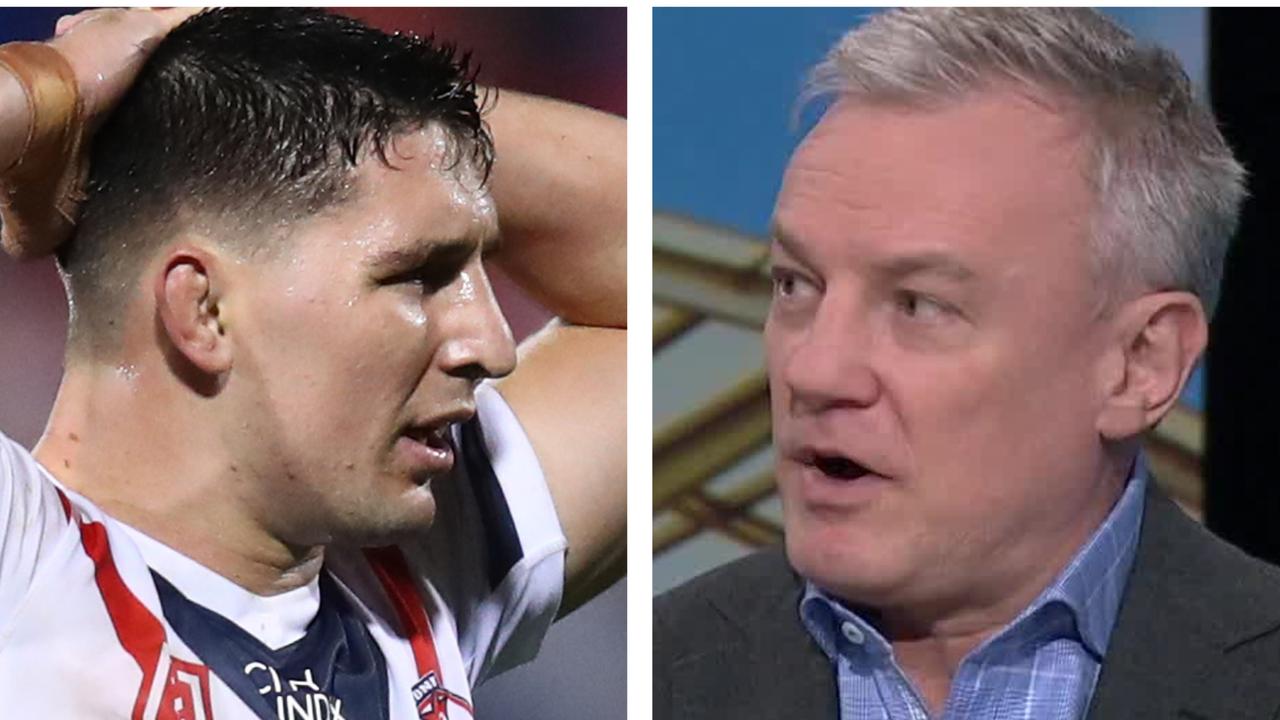 NRL 360 host Paul Kent has doubled down on his belief the Oirignbelieves Victor Radley defecting to play for England further proves his point that Origin jerseys currently mean more to Queensland players.

Kent criticised the New South Wales team for not caring as much as their Queensland rivals after a shock loss in the decider last week.

Australian-born Roosters star Radley – who was in the Blues squad for Game II – sensationally announced over the weekend he’ll be representing England at the World Cup later this year.

It means he cannot play for NSW or Australia because England is a rugby league tier one nation.

Blues stars Brian To’o and Jarome Luai are allowed to play for Samoa because it’s a tier two nation.

Braith Anasta asked Kent on Monday night if Radley’s decision added to the debate that New South Welshmen don’t have the same passion as Queensland.

“I think it does. I think the fact he was in the Origin camp for Game II. I know I upset some people but it’s the reality,” Kent said.

“They see Origin not as the dream but they see it more as the status of playing Origin.

Kent then took aim at Blues coach Brad Fittler for not instilling that mentality in the current team.

“It’s something I think is incumbent on the coach. Over the years when Phil Gould was NSW coach, they just had a rights rule, they NSW team – he made them get what Origin is about.

“He made them at the very least if not more match what Queensland were doing about the jersey. I think Ricky Stuart was the same when he was NSW coach, I just don’t think it’s there now.

“You never questioned Andrew Johns commitment, Ricky Stuart, Laurie Daley when they were wearing the Blues jersey. But when you look at this team, I just don’t see it and I think it’s incumbent on the coaching staff to put it in them.

“That’s what Queensland do, every year they go away and they reinvigorate what it means to wear the Queensland jersey.”