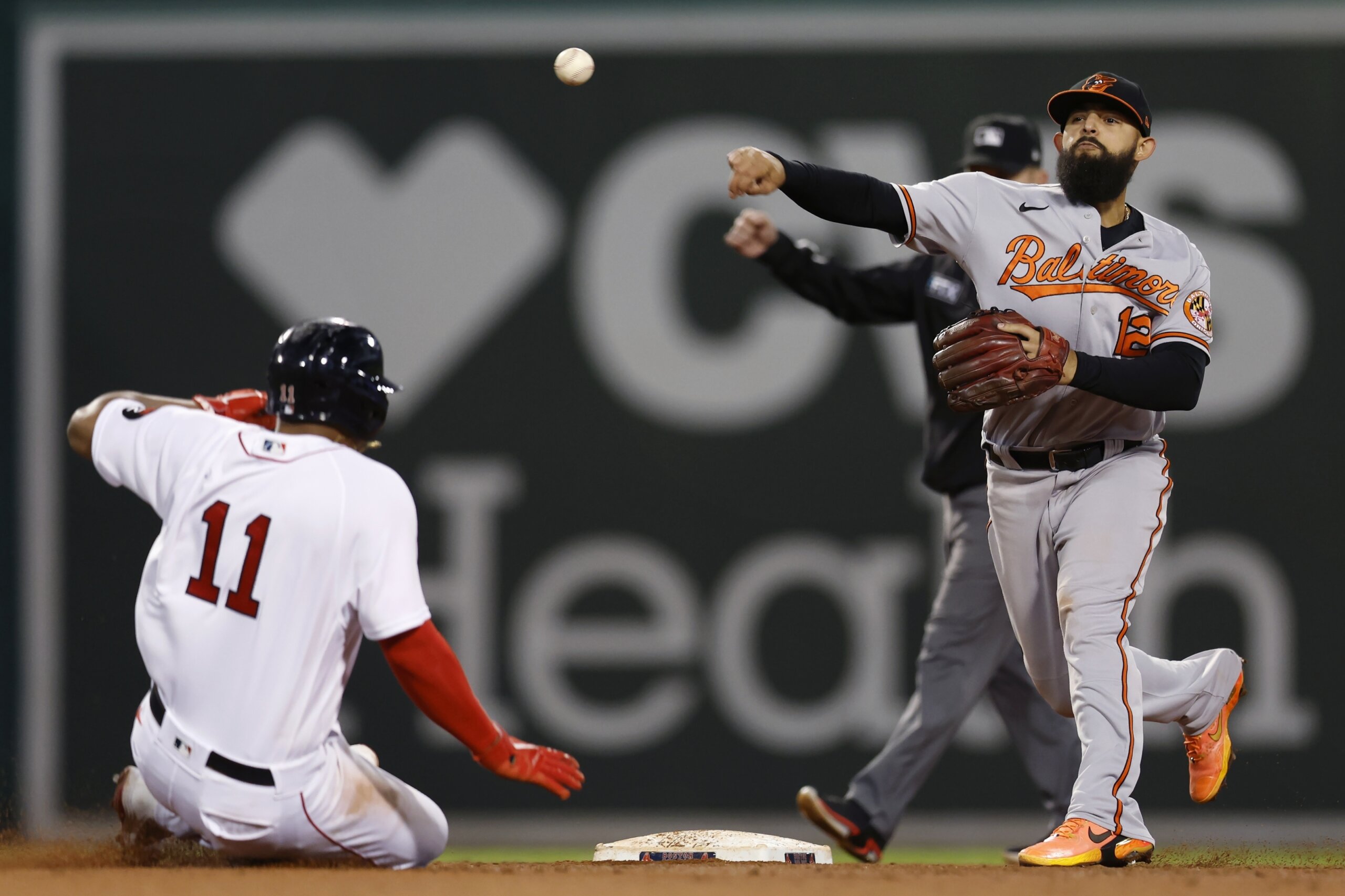 Baltimore wasted four homers, including two more by Anthony Santander, in a 13-9 loss to Triston Casas and the Boston Red Sox on Tuesday night, hurting the Orioles’ chances of earning an AL wild card.

BOSTON (AP) — Baltimore wasted four homers, including two more by Anthony Santander, in a 13-9 loss to Triston Casas and the Boston Red Sox on Tuesday night, hurting the Orioles’ chances of earning an AL wild card.

Adley Rutschman and Ramón Urías also went deep, but Baltimore (80-74) lost for the third time in four games. The Orioles were 3 1/2 back of Seattle for the third AL wild card heading into the day.

“It’s about continuing to make adjustments on both sides of the ball,” Santander said through a translator. “We know that time is running out, but there’s still time to do what we need to do.”

The Red Sox scored six runs in the third and five more in the fourth, taking advantage of a series of blunders by the Orioles.

Two Boston runs scored on bases-loaded walks by Connor Wong and Xander Bogaerts, and another came home when Rob Refsnyder was hit by a pitch with the bases jammed. Second baseman Rougned Odor committed two errors in the fourth, right after the Orioles scored five runs in the top half to tie it at 8.

The Orioles’ first six hits were all for extra bases. Rutschman and Santander hit back-to-back homers in the third, and Santander connected for a two-run shot in the fourth.

Santander went deep from both sides of the plate for the second straight night after he hit two of Baltimore’s five homers in Monday’s 14-8 victory at Fenway Park. The slugger has six homers in his last four games and a career-best 33 on the season.

“The personal stuff is great. I’m happy that I was able to come through and come up with those big hits to get the team in front,” Santander said. “Unfortunately, we couldn’t get the result we wanted tonight, but tomorrow’s a new day. We’re going to come back and work hard and try and compete and get a win tomorrow.”

Matt Strahm (4-4) got the win after taking over for Michael Wacha with one out in the fourth. Joey Krehbiel (5-5), one of seven pitchers used by the Orioles, took the loss.

Santander has homered from both sides of the plate four times this season, tying Ken Caminiti’s big league record set with San Diego in 1996.

Santander doubled high off the wall in center in the first, coming just a few feet short of another homer.

It was an early night for both starters.

Orioles: Urías was back in the lineup after missing the previous two games with neck and shoulder spasms. Urías tripled in the second, led off the third with a homer and singled in the fifth before leaving in the seventh with discomfort in his right knee.

Red Sox: 1B Eric Hosmer (lower back inflammation) is scheduled to take batting practice before Wednesday’s game and could return to the lineup in the next few days.

Havoc in Havertown: Police increasing patrols after groups of kids cause “ruckus” in Delaware County