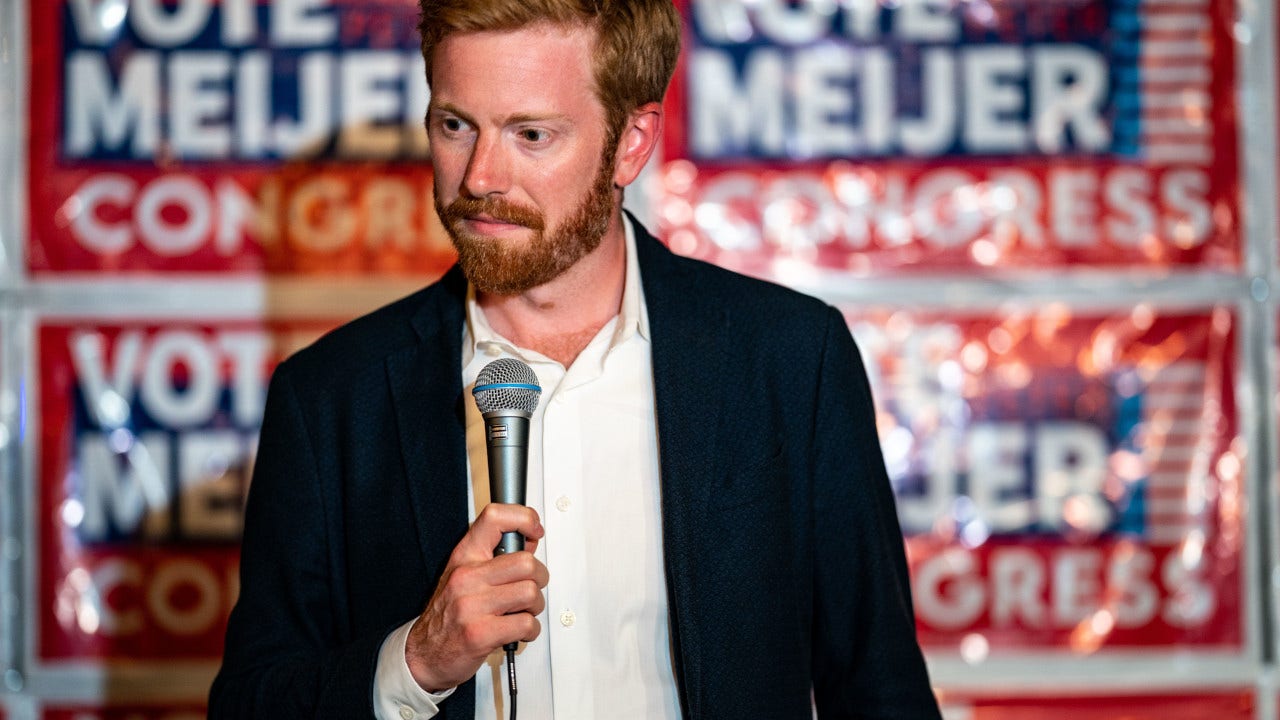 As he prepares to leave Congress, Rep. Peter Meijer, R-Mich., warned his fellow Republicans that chasing after conspiracy theories is handing Democrats a “tangible advantage” with voters.

In an interview with Politico published Monday, Meijer said one of his great frustrations in Congress was that conspiracy theories “lead folks on the right to go down these rabbit holes and chase their own tails,” while critical issues facing the country are left unresolved.

“So much of the energy is ultimately expended down avenues that are just hamster wheels. I think that gives Democrats a tangible advantage,” Meijer said. “We saw that electorally, when they can at least pretend to be speaking to issues and not seem crazy, even if they are unwilling to change their policy outcomes that are not making those issues better.

“At least rhetorically, they seem to be coming from a more reality-grounded place,” he added.

Meijer, an Iraq War veteran, is one of 10 House Republicans who voted to impeach former President Trump following the Jan. 6, 2021 riot at the U.S. Capitol. He is leaving Congress after just one term following his primary loss to Trump-backed challenger John Gibbs.

Gibbs, who embraced the former president’s stolen election claims, went on to lose to a Democrat in November. His loss was one of many examples of Trump’s handpicked candidates losing races Republicans had been expected to win, resulting in the party’s failure to capture the Senate and threadbare House majority.

Democrats had boosted Gibbs and other pro-Trump candidates in GOP primaries, believing they would be easier to defeat. Meijer observed this was hypocritical, given their various statements that democracy was threatened by election-denying Trump supporters.

“The hypocrisy was so transcendent, just the cynicism,” Meijer said, adding that Republicans need to do a better job of selecting candidates. “I think my rule of thumb is Republicans should probably not pick the person the Democrats want to be the candidate. If the Democratic incumbent is popping a bottle of champagne when they realize who their opponent is going to be, we probably didn’t make the right choice.”

When asked if he could support Trump’s candidacy for the White House in 2024, Meijer said he had no idea how he could do so and blamed him in part for the GOP’s losses.

“I want someone to demonstrate a track record of being able to win. Hillary Clinton was probably the worst Democratic nominee of my lifetime. If [Trump] was outlining a positive agenda and speaking of the things that were started and hoping to be completed, if his message was about pointing the country in a better direction, it would be very different than what we have right now, which is just like the pettiest of petty grievances,” he told Politico.

“I think he had a very negative impact on both candidate selection in terms of endorsements, but also just the amount of quality candidates in competitive seats,” he added. “I think there’s a constructive role that he could be playing, and I have yet to see him make an effort, so to hell with it.”

Chris Pandolfo is a writer for Fox News Digital. Send tips to [email protected] and follow him on Twitter @ChrisCPandolfo.