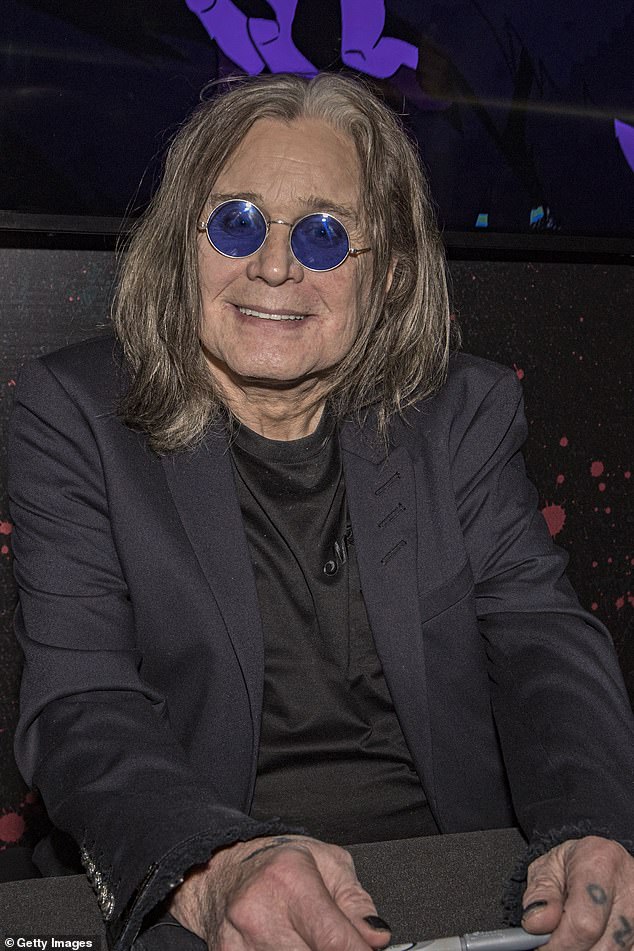 The Black Sabbath rocker, 74, spoke out about the BBC commissioning a series documenting their ‘new life back in the UK’, the birth of Kelly’s baby boy and Sharon’s 70th birthday –  17 years after The Osbournes ended.

Ozzy says the show, which chartered the start of reality TV shows as we know them, saw his ‘children get messed up’ and turn to drugs as a way of coping with the fame.

Speaking on his SiriusXM channel, Ozzy said: ‘I don’t know how The Kardashians have done it for so long. It sent us crazy at the end.

‘I am not sorry I did it, but after three or four years I said, “Do you know what, we’re going to lose somebody because it is getting too crazy”.

‘There is rock and roll fame, which is pretty intense, but that Osbourne level was just unbelievable. The kids paid for it. They all ended up doing drugs. Jack got clean and sober on that show, Kelly messed up on that show, I was messed up and Sharon got cancer.’ 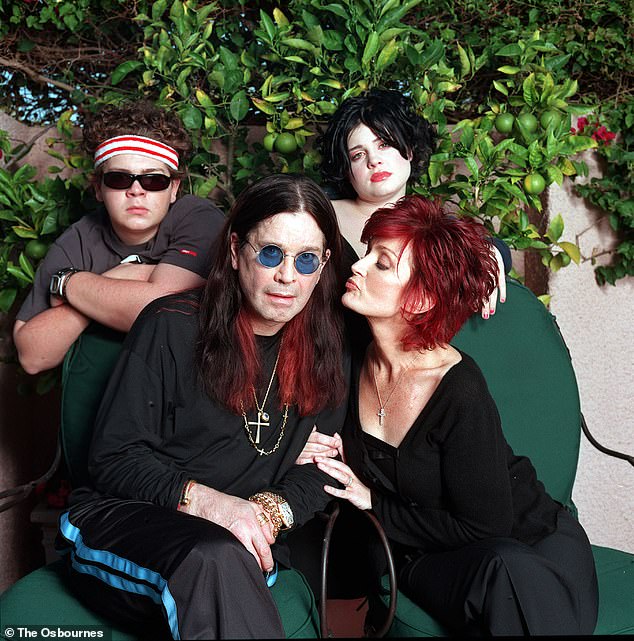 Worried: Ozzy says the show, which chartered the start of reality TV shows as we know them, saw his ‘children get messed up’ and turn to drugs as a way of coping with the fame

The reality TV show first aired on MTV in March 2002 and followed the eccentric home life of Black Sabbath singer Ozzy and his family – with their eldest daughter Aimee deciding not to take part in the show.

During his chat on the radio, Ozzy revealed the show further catapulted his fame and compared it to Beatlemania where whole restaurants of people would scream at him if he arrived for a meal.

Of the new prospect with the BBC, the musician admitted he is very hesitant but wife Sharon, 70, is the boss. 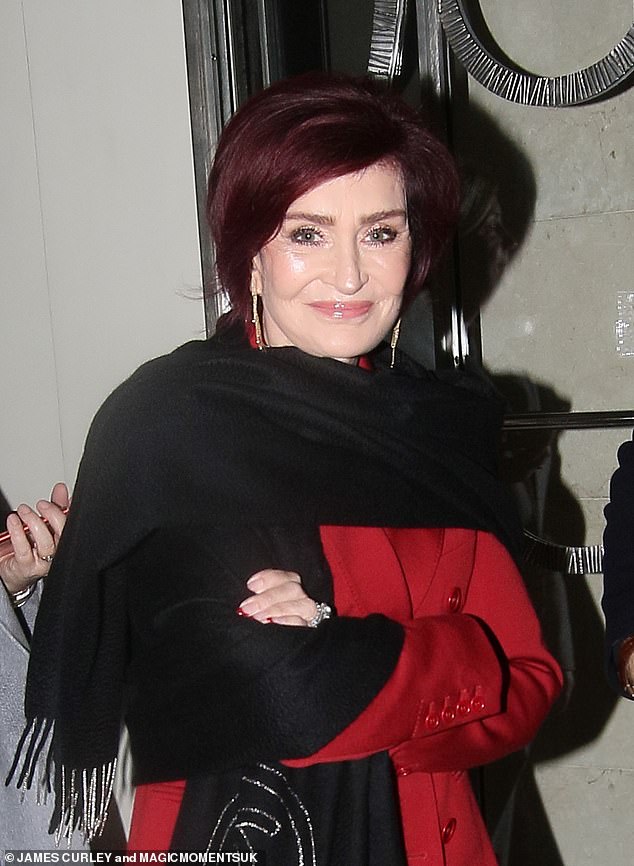 Of the new prospect with the BBC, the musician admitted he is very hesitant but wife Sharon, 70, is the boss

Putting her foot in it: Sharon was pictured leaving Claridges hotel on Friday night, after revealing Kelly’s son’s name on live tv – which her daughter was not happy about 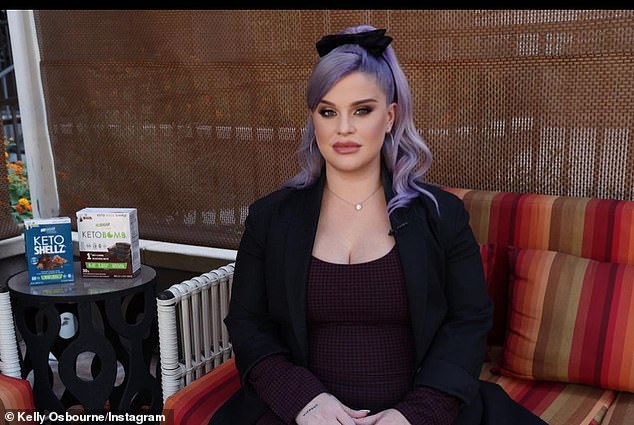 Whoops: Kelly issued a furious statement about sharing information she wasn’t ready to reveal yet after her mother Sharon told the world her grandson’s name was Sydney

He said: ‘My wife sort of dropped something on me that the BBC are doing The Osbournes returning to England. I said, “We are not having all that again”. But she said it is only for a bit.

‘It gave Sharon a new career. She has become the television person in our family.’

The Osbournes was the first show of its kind and covered major events throughout the family’s lives such as Sharon battle with cancer, Ozzy’s near death accident and when Kelly’s friend Robert came to live with them after his mother’s death. 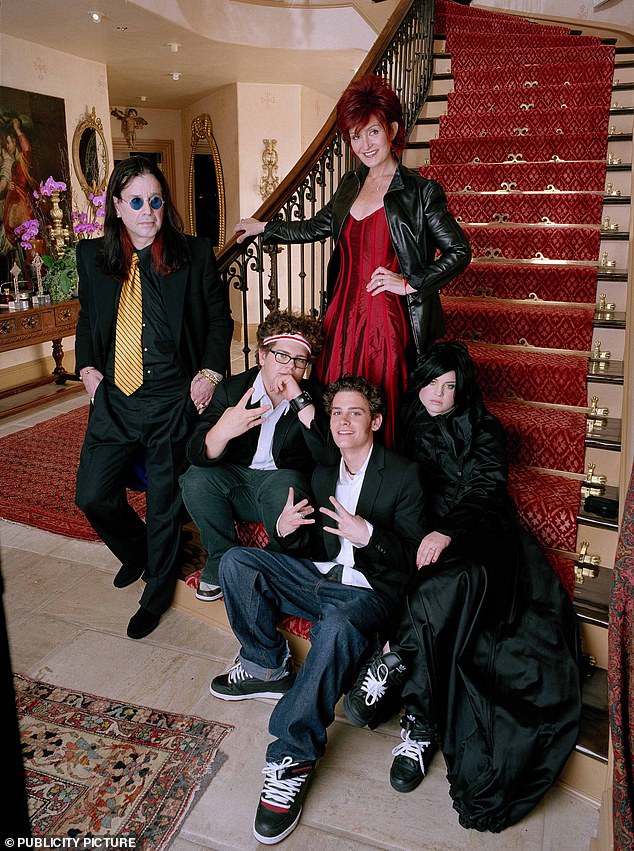 History: The Osbournes covered major events throughout the family’s lives such as Sharon battle with cancer, Ozzy’s accident and when Kelly’s friend Robert came to live with them

The series became known for its wild events as Ozzy’s calling of ‘Sharon!’ became a household catchphrase and his confusion over a ringing telephone became iconic.

Going on to film for a total of four season and 52 episodes, the programme scooped the Primetime Emmy Award for Outstanding Reality Program in 2002.

Their move to a quaint Buckinghamshire village comes as Ozzy claimed ‘everything’s f****** ridiculous’ Stateside and highlighted the country’s history of school shootings.

He told The Observer: ‘I’m fed up with people getting killed every day. God knows how many people have been shot in school shootings. And there was that mass shooting in Vegas at that concert… It’s f*****g crazy.’

Despite California’s Forest Lawn cemetery being the favoured burial ground by celebrities such as Paul Walker, Brittany Murphy and Bette Davis, Ozzy made it crystal clear that he doesn’t want to follow suit.

He continued: ‘I’m English. I want to be back. But, saying that, if my wife said we’ve got to go and live in Timbuktu, I’ll go. But, no, it’s just time for me to come home.’ 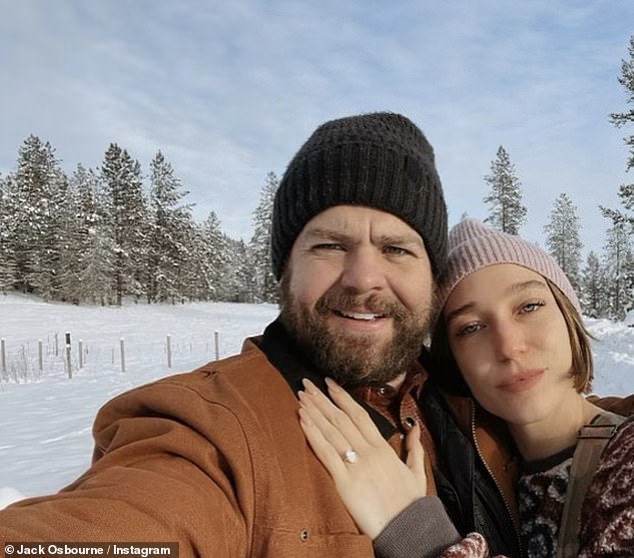 Happy: Jack is engaged to Aree Gearhart last year, after his divorce to Lisa Stelly was finalised in 2019

Tommy Tiernan opens up about his mother’s suicide: ‘She would always be on my mind’