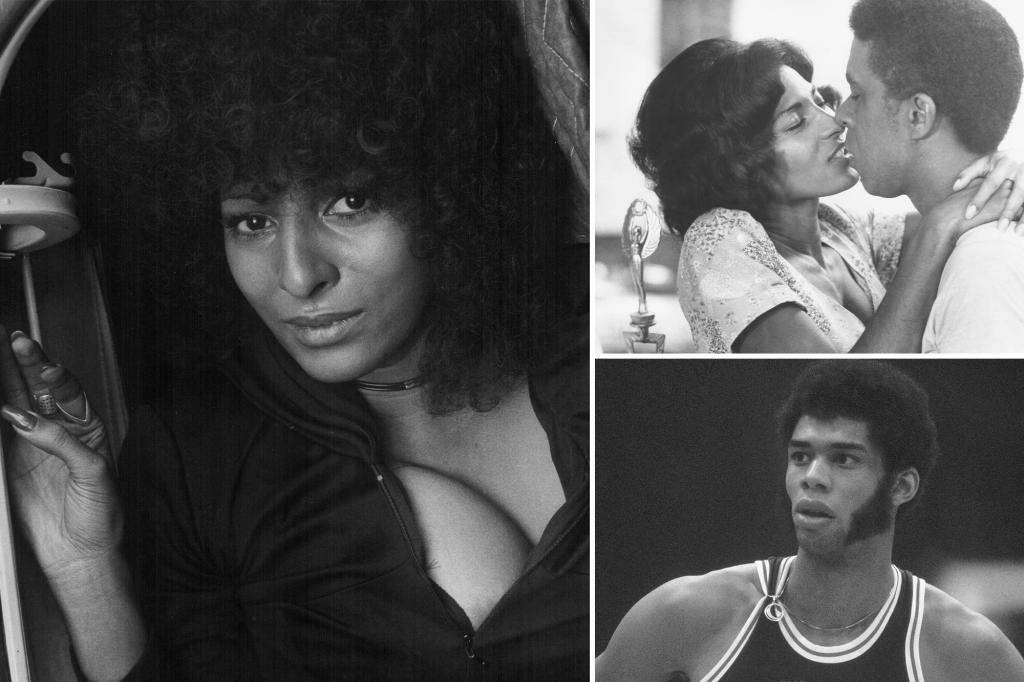 “I’m always ready for an emergency,” Grier, 73 told Rolling Stone. “Clothes, keys, boots by the door in case of an earthquake. A backpack with extra water. Anywhere I go, I have a fire extinguisher in my truck, in case people throw a cigarette out the window. And a 20-inch chainsaw, oiled and ready to go.”

And that chainsaw is on hand for any scenario, including cheating men, according to the actress.

“I’ve seen them take their rings off in the elevators when I step in. You think you slick? You think you’ll come home and I’ll take care of you? … Because I’m gonna’ cut your a– up, motherf–ker. Don’t worry about my guns. Worry about my chainsaw.”

The North Carolina native’s fierce independent streak helped her become a trailblazer in Hollywood, where she was the queen of 1970s blaxploitation movies such as “Foxy Brown” and “Coffy.” It also made her alluring to some of the era’s most eligible bachelors, including hoops legend Lew Alcindor who became Kareem Abdul-Jabbar when he converted to Islam in 1971 — during their relationship.

“I couldn’t make him happy. He called off the wedding because he needed to be with a Muslim woman who was ‘prepared’ for him. I said, prepared? Like a sandwich?” she quipped.

In the interview, Grier who lives on a Colorado ranch, also recalled her former beau, comedian Richard Pryor thinking she was hilarious because she drove his injured horse to a hospital in the backseat of her Jaguar. During the frantic drive, Pryor was wearing a bathrobe and she was in tennis gear.

“I said, ‘I’m taking him to the vet.’ Richard didn’t have a truck or a horse trailer. So I put Ginger in my Jag. We’re going fast, sparks flying, hitting the hydraulics, my struts and shocks are gone. And white people on the side of us going, ‘Oh noooo! There’s two negroes in that car with a horse in the backseat.’

Ultimately they saved the horse, but her rocky relationship with the late funnyman didn’t survive.

“And Richard said, ‘You the craziest b-tch. You funnier than me!’ That’s why we had a connection. But if you disrespect me in life and everything else, it’s not gonna happen. You gotta have your show, your stage, but then you come home to reality. Sometimes Richard couldn’t have both, and that’s what I required.”

She also dated the late Freddie Prinze. He wanted to move to the country and have Grier give up her career and raise their future children.

The feminist hero, who shares a special bond with Gloria Steinem, said her towering frame sometimes prevented her from landing roles.

“I’m taller than everybody in Hollywood. No one eats. They’re small and skinny. I’m a tall big-bones sister. Sometimes I won’t get work because I’m too tall for the leading man. I was gonna play Tina Turner, in ‘What’s Love Got To Do With It.’ Tina’s five-one. I’m five-eight — put on shoes, I’m six-two. Who’s gonna play Ike? Laurence Fishburne? I said, I’m taller than him! I saw his one-man play in New York. He’s not gonna be able to throw my big a– across the room!”

Grier also talked about hanging out with John Lennon and playing keyboard with Jimi Hendrix where they brought out “a big salad bowl of cocaine, but I don’t go near it. I thought it was baking powder.”

She also had praise for younger stars such as Megan Thee Stallion, Lizzo and Cardi B. In fact, she’s writing something for her and Cardi B.

“I love Cardi and ‘WAP.’ I love Megan Thee Stallion. I told her, ‘You and your artistry are beautiful. People are gonna punk you because a stallion is a male horse, but there’s some really foxy mares!’ ”

Waterboy Mike Scott: ‘I’m the same as I was but without chemical inducements – I…