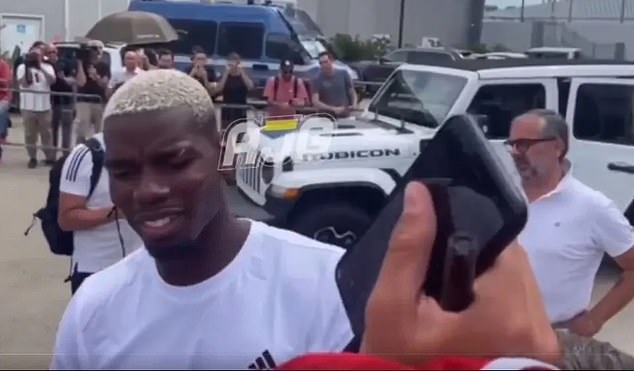 By David Wood for MailOnline

Paul Pogba wagged his finger and said ‘no’ after a fan asked him to sign a Manchester United shirt.

The midfielder was in Turin for a medical as he finalises a return to Juventus after leaving Old Trafford as a free agent for a second time.

The 29-year-old was mobbed by fans as he arrived at Juventus HQ to undergo his medical on Saturday, 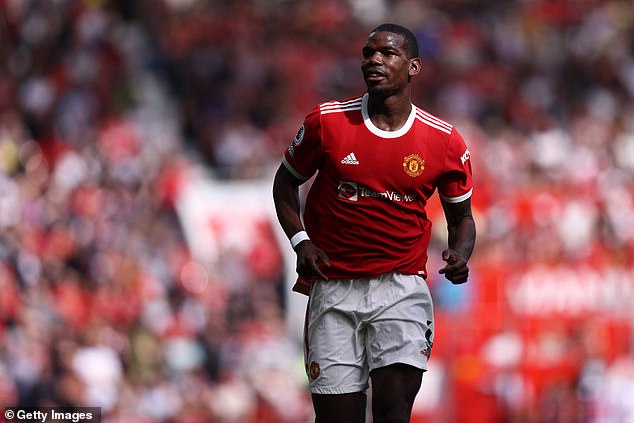 Pogba signed autographs for fans, but he wouldn’t sign a Manchester United shirt.

When the United shirt was thrust at him, Pogba cheekily wagged his finger and refused to sign it.

Having flown into the city on Friday, Pogba underwent medical tests on Saturday morning and was greeted by thousands of Juventus fans delighted to see the midfielder return. 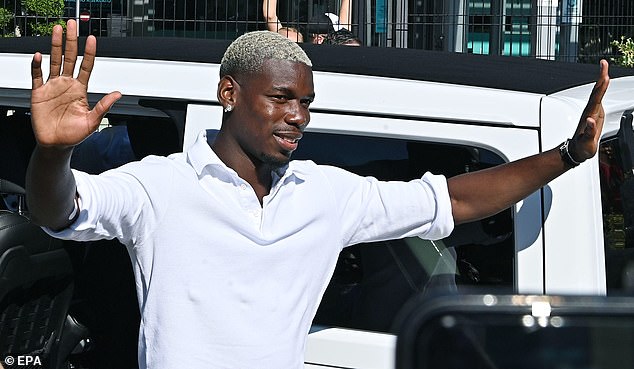 The Frenchman departed Juventus in 2016 for Manchester United in a deal that was worth £89million. However, he failed to deliver on his price tag and returns to Juventus with something to prove.

There appeared to be little animosity between Juventus fans and the player over his departure in 2016, with many clearly delighted that the France international was returning to north Italy.

Arriving at the JMedical centre in Turin, Pogba was driven in a club-issue Jeep with fans adorning the side of the road all trying to catch a glimpse of the returning Frenchman.

After stepping out of the car, Pogba took the adulation in before carrying out his medical tests. Greeting the fans with both arms aloft, Pogba appeared a far cry from the man who was booed off in a number games for Manchester United at the back end of last season. 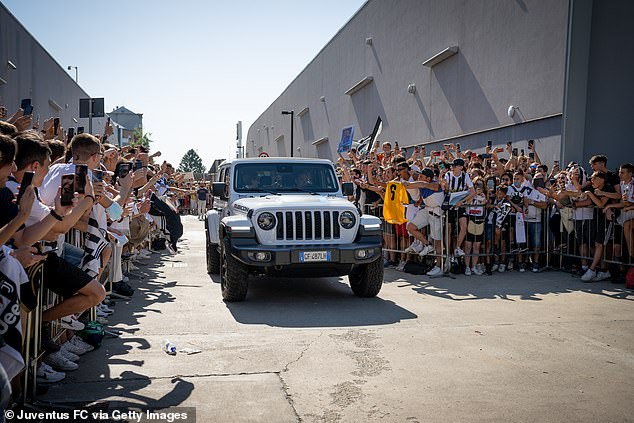 He had a dark secret. It changed his best friend’s life