Peaceful, Moral Protesting; When Does Protesting Cross The Line? – The Published Reporter® 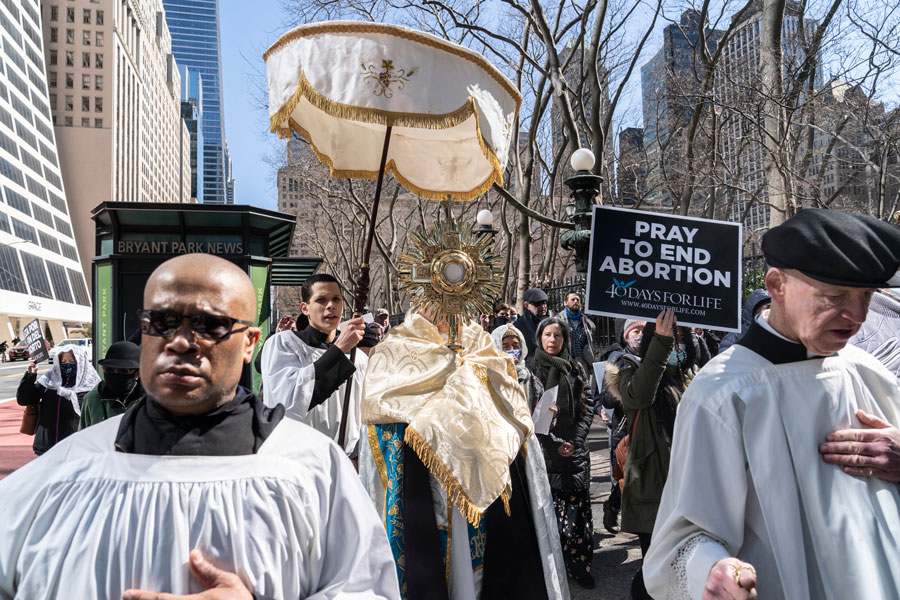 LAKE GENEVA, WI – When does protesting cross the line? Should there be self-imposed ethical limits to protesting, even though we who live in the United States enjoy the First Amendment right to assemble and protest (albeit with certain limited restrictions)?

As someone who strongly supports pro-life activism, I have to concede that other movements whose morality I may not agree with should also enjoy First Amendment protection. Still, in light of recent situations involving the targeting of Supreme Court justices Brett Kavanaugh and Amy Coney Barrett — and pro-life attorney Tom Brejcha – I have to say I’m troubled, but not surprised, by recent pro-abortion protests.

There was a time when some in the pro-life movement protested in neighborhoods of where abortionists lived. Despite my support for the cause, I don’t believe those particular protests should have occurred, much like abortion advocates protesting in the neighborhoods of the aforementioned Supreme Court justices and pro-life attorney. Such protests are very disruptive to those who live in the neighborhoods, whose residents deserve peace and quiet.

It goes without saying that protests should never involve the defacing or destruction of property. Yet in recent weeks and years, that’s exactly what we’ve seen by pro-abortion and anti-Catholic radicals, whereas protests by pro-life advocates have been overwhelmingly peaceful for a long time.

I asked two veteran pro-life activists – Monica Migliorino Miller, Ph.D., director of the Michigan-based Citizens for a Pro-Life Society, and Eric Scheidler, executive director of the Chicago-based Pro-Life Action League — for their comments on the subject.

“I’ve organized and participated in hundreds of pro-life protests over the last 40 years,” Miller said in an email. “Regarding the recent harassment of Justice Kavanaugh at a Morton’s steakhouse by a gang of pro-abortion protesters, yes, there are certain times and places when protests should not be conducted.”

For one thing, young children should never be subjected to noisy and vulgar protesting, she said, which I say is typical behavior on the part of leftist radicals and white supremacist groups.

“Demonstrators should always conduct themselves in a peaceful manner and be respectful of others present. In the case of Morton’s, patrons who were not the target of the protest had to endure a loud, angry and rowdy crowd.

“But,” continued Miller, “the real issue here is that those who advocate for the ‘right’ to kill their unborn children are promoting an evil and unjust cause. They have no moral right to promote a message that advocates the killing of the innocent. Pro-life protesters, on the other hand, are on the side of what’s right and thus have the morally superior message.”

“Why do abortion advocates resort to violence and harassment? Because they really have no reasonable case to make to the American people as to why, for example, it’s a woman’s fundamental right to have her 24-week unborn child killed in a dismemberment abortion,” Scheidler said in an email.

He said he expects “this kind of behavior from pro-abortion activists to increase, going forward.” Yet he’s also “encouraging pro-life Americans to continue their public witness: the sidewalk counseling, the protests, the prayer vigils.

“It would be tragic for pro-lifers to be [intimidated] into letting up on their peaceful, life-saving witness.”

What precautions should pro-life protesters take?

“….always having a video camera running, informing police of your plans, and calling 911 the moment the opposition turns up with their threats and intimidation.”

Covid-19 and flu: best way to protect yourself and those around you