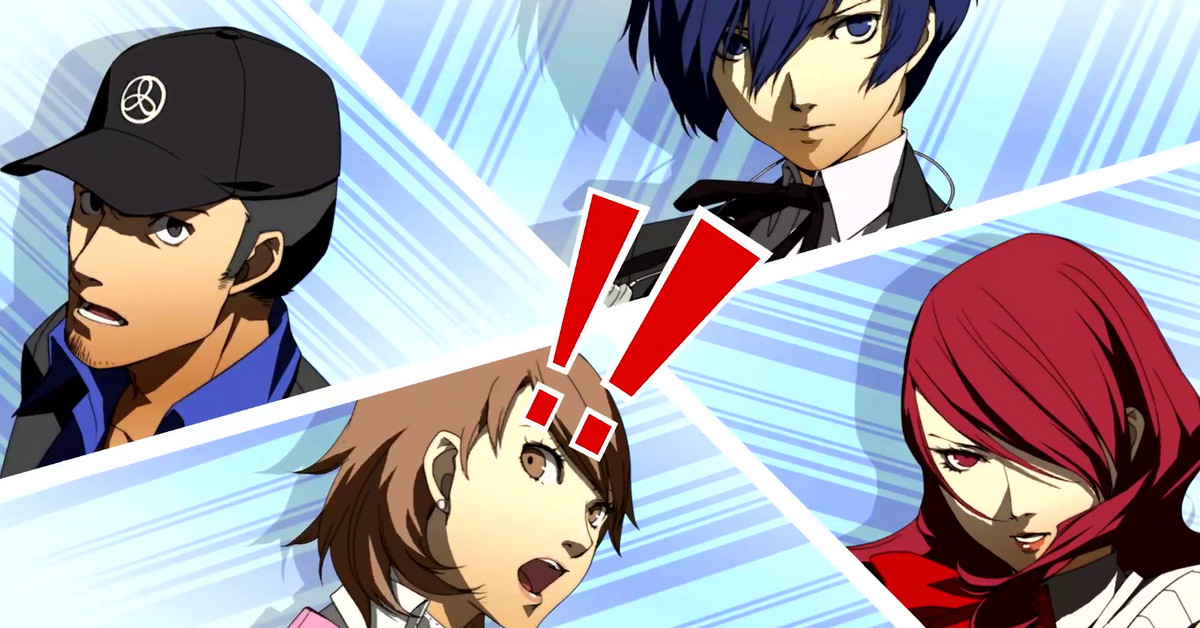 The 2017 release of Persona 5, which turned the once cult series into a mainstream hit, was a long time coming. Its predecessor, Persona 4, was a big moment, particularly the refined Golden edition that became a must-own for PlayStation Vita owners. But it was 2007’s Persona 3 that laid the groundwork for the series’ successful future and its distinctive mash-up of high school life simulator and demonic dungeon crawler.

Now modern audiences can finally see what the fuss is about: both Persona 3 Portable and Persona 4 Golden launch this week on PC and a pretty wide range of consoles, including the Nintendo Switch, Xbox, and PS4. (They’ll also both be available to Game Pass subscribers.) For those jumping back in time after getting started with Persona 5, this is a perfect chance to see where the series came from.

So let’s start with P3, which often gets lost in the midst of its higher-profile successors. The series has always been about high school students fighting off demonic forces, but the third numbered entry introduced a social sim system that has since gone on to define the franchise. In Persona 3, you play as a quiet high school kid who moves to a new school and starts living in a new dorm, which also happens to be home to a group of fellow students who fight evil during a period known as the midnight hour.

The game is essentially split into two halves. By day, you go to school and take on extra activities like joining a sports team, working part time, studying for exams, or making friends. Much of this is left up to you: there are only so many hours in a day, and you get to choose how to spend that extra time. But by night, during the midnight hour, you can venture into a dark tower called Tartarus — fighting your way to the top while defeating the shadow monsters that are causing an outbreak of “apathy syndrome” in town.

What makes Persona special is how these two sides are intertwined. Some parts are simple. If you stay up too late studying, you’ll be too tired to fight well and vice versa. So there’s a tricky balancing act in figuring out how to spend your time. But it gets deeper than that. A key hook of Persona is a Pokémon-style system where you collect monsters to summon in battle, each of which is tied to a particular arcana from a tarot deck. You also make friends in the game, and those friendships — or social links, as they’re called — are also tied to specific arcana, meaning that who you hang out with can impact the power of personas you collect and use.

The result is a daily structure that makes it hard to put the game down. I always find myself unable to stop until I reach some seemingly arbitrary milestone, like waiting until exams are over or when I hit a specific level in Tartarus.

It should also be noted that Persona 3 is an incredibly dark game; one of its most striking elements is a device called an “evoker,” essentially a magical gun that characters shoot themselves with to summon monsters. This is something you do constantly in battle, making the suicide imagery impossible to avoid. It’s pretty jarring, especially when you first see it. But it’s also a slick and polished experience overall, with stylish menus and an incredible soundtrack (both of which are now series staples).

The version of P3 that’s been ported to modern hardware isn’t the original but, instead, the rerelease on the PSP from 2010 (hence the “portable” in the title). This is good in some ways but also has its drawbacks. The portable version introduced a playable female character, which has a surprisingly big impact on the story and social links as well as some quality-of-life tweaks, like the ability to control the actions of your companions in battle. But there are some tradeoffs. Gone are the animated cutscenes that are such a big part of the series’ aesthetic, along with the ability to actually walk around locations. Instead, P3 Portable plays out more like a visual novel, where you choose locations from a menu and are then presented with a static screen, instead of an explorable space.

These changes made a lot of sense in order to streamline the game so it could fit on the PSP, but it’s a bit of a drag to miss them while playing on a home console, as I did. The lack of locations is especially noticeable when you compare P3 to the rest of the series. As part of my testing, I played through the first 10 hours of P3 and then spent a few hours with its sequel. The difference was huge: walking around the small town of Inaba in Persona 4 while visiting shops and talking to people gave it much more of a sense of place. It was the same with Persona 5; by the end, the small slice of Tokyo depicted in the game felt like home because I spent so much time wandering around its streets and alleys.

That said, both of these games are very much worth playing, and from what I experienced, the ports are rock solid. Sure, I would love a modern version of P3 FES, but even without those elements, the game is still great. If you’re new, I recommend playing them in chronological order: not for any narrative reason (they’re all standalone stories) but so you can more easily see how the franchise evolved into what it is today.