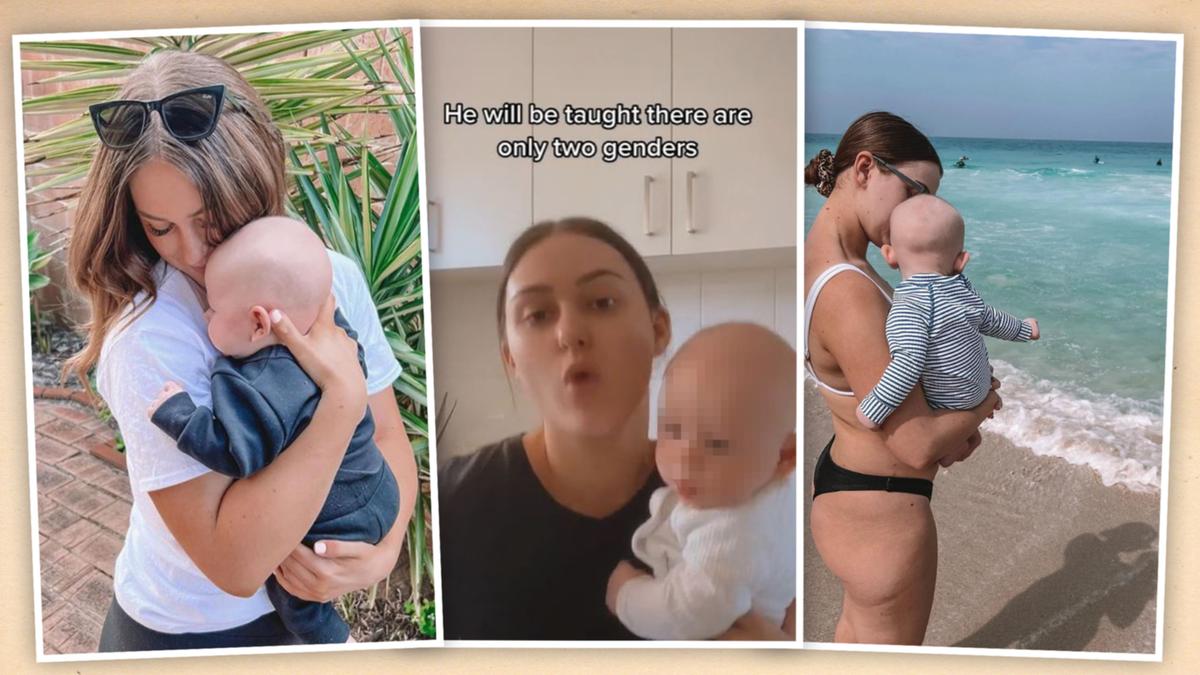 A Perth mum on TikTok is in the spotlight after she revealed the “controversial” and some say “transphobic” way she claims she will raise her son.

Louise Barry is the mum of one admittedly adorable four-month-old called Levi and has more than 2000 followers on TikTok.

Despite having just four months of experience parenting, like many other internet users in the year 2022, Barry clearly believed it was imperative she share her opinion on parenting and gender.

In a video she posted at the start of November, which has since received more than 250,000 views, Barry reveals her “contentious” parenting opinions.

The four ways Barry would be raising her son Levi were presented in sync with the viral TikTok mashup of the song Bodies by Drowning Pool and Bohemian Rhapsody by Queen in which the lyrics “nothing wrong with me” are repeated.

Bouncing Levi on her hip Barry launches into the four “controversial” ways she will be raising her son:

1. He will be raised as a boy because that’s what he is

2. I will not stop swearing around him — they’re just words

3. He will be taught to treat others the way he wants to be treated

4. He will be taught there are only two genders.

Barry’s opinion attracted more than 1000 — mainly supportive — comments from other mums and dads.

One user wrote, “Yes this and for that, I just hit the follow button.”

“Or you let your child have their own opinions,” a user demurred.

“I’d say that yeah, valid, but maybe when he’s a bit older (maybe like 13?) tell him that some people are other genders,” another user suggested.

“There are three scientifically,” a TikTocker called Joe wrote.

Barry followed up this video with more of her sharing her thoughts about gender.

“@ all the people who are pressed that I refuse to refer to breastfeeding as ‘chestfeeding’,” she wrote in one video where she lip-syncs to a sound featuring Kanye West talking about telling the truth.

In another follow-up video, Barry appears to be responding to claims she’s transphobic. She wrote the following over the song Shake that A$$ by KueenD:

“So your son was born a male and you’re going to raise him as his biological sex?”

Barry then looks confused while the loading graphic plays.

User Britt, wrote a message of support to Barry on this video, “Since when did other people’s “feelings” become a rule on how we raise our kids? Getting out of hand. Preach girl!”

A few others pointed out that Barry may be making up what she was saying for views.

“Nobody is saying this 😭,” Courtney Stacy wrote.