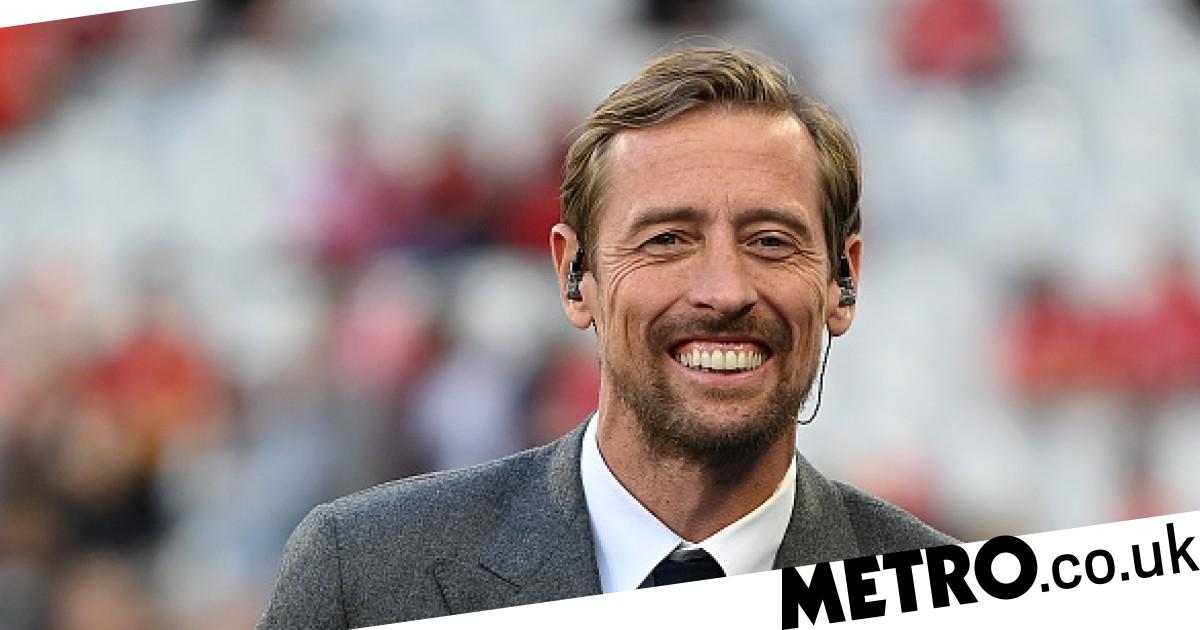 Peter Crouch’s incredible journey to becoming England’s striker and his career post-football is reportedly being explored in an upcoming documentary.

The 41-year-old athletic legend is working on something special for fans and plans to share intimate parts of his life in a tell-all for Amazon Prime Video.

According to reports, the feature film will document his early beginnings at Dulwich Hamlet to Stoke City, playing in two FIFA World Cup tournaments and his retirement.

The documentary will potentially feature Peter’s wife and model Abbey Clancy and is set to premiere next year.

The couple have been married 11 years and share four children: Sophia, 11, Liberty, seven, four-year-old Johnny, and their baby Jack, three.

‘Crouchy is one of football’s biggest characters so there is plenty of content to fill a feature-length production,’ a TV insider shared.

‘He seems to resonate with all football fans so Prime Video is expecting some big numbers to stream it,’ the source added to The Sun.

The ex-Aston Villa ace joined the panel of The Masked Dancer this year alongside Davina McCall, Jonathan Ross, and Oti Mabuse.

And it looks like the TV appearances haven’t stopped there, as it was recently reported that Peter has been offered the lead role in a new sitcom, but as himself.

Writers for BBC One fundraiser Sport Relief have pitched the idea of a skit of the star’s exploits to him, and it would mark the star’s acting debut if he accepts.

In his book How To Be An Ex-Footballer, the podcaster revealed: ‘I liked it.

‘A fake documentary, elements of both The Office and Steve Coogan and Rob Brydon’s The Trip.

‘The scripts were excellent, written by James Kayler and Steve Lawrence who I’d worked with on Sport Relief.

‘One mooted episode was called “Eat, Pray, Love”, and involved me going on a spa trip, only to accidentally join a cult.

‘The final line in the blurb will stay with me for quite a long time, “Can Crouchie escape before he’s killed?”

Metro.co.uk has reached out to Peter Crouch’s reps for comment.


MORE : The Office’s Kate Flannery reassures fans she’s on the mend after injuring neck in ‘accident on stairs’