Peter Hitchens: Am I the only one who fears the effect drug abuse may have had on Harry — and our society? 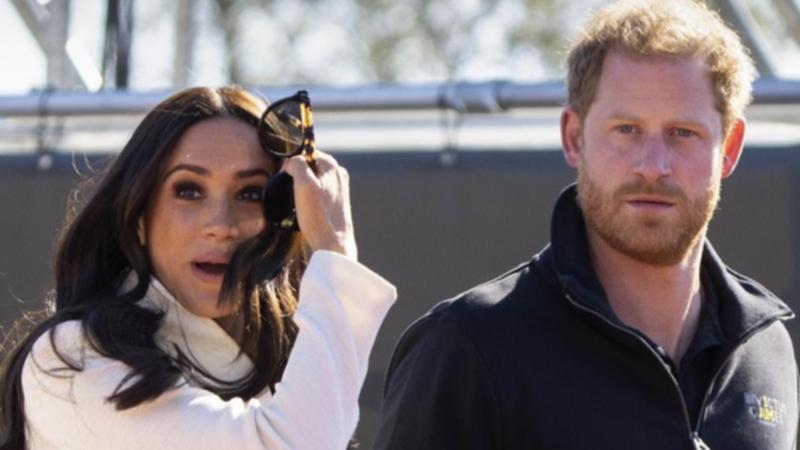 You can hardly spend ten minutes in Britain these days without being told — by some defeatist police chief, or by some greedy lobbyist for legal drugs — that there is a ‘war on drugs’, and that it has ‘failed’.

If the British Ingrowing Toenail Support Association, or the Retired Lighthouse Keepers’ League publishes a vague two-page document calling for cannabis legalisation, the BBC will call it a ‘report’ and shove it near the top of its bulletins.

By contrast, if a serious academic study says that marijuana use is increasingly correlated with incurable mental illness, most British media will bury or ignore the story.

The argument is always the same. Decades of severe and cruel prohibition have failed to stop the use of illegal drugs. So let’s legalise them. Millions of people — I know some of them and they appear to be intelligent and awake — accept this tripe.

And this could be why the most astonishing revelations in Prince Harry’s silly book have made so little impact. So let me suggest that they are more important than most people seem to think they are.

By his own account, one of the close heirs to the throne of a major, law-governed country has been breaking that country’s drug laws since he was at school. If he has stopped doing so, he does not say. He was certainly still smoking marijuana two and a half years ago by his own account.

This is a person who has had, for much of his life, pretty close police protection. Did the officers charged with his safety, who must surely have been aware of where he went, what he did and who he met, not know?

There is very little doubt that several members of the Royal Family, courtiers, Palace servants and senior members of the Armed Services must have been aware of it too. Did they believe it did not matter?

Can we be expected to believe that the elite school which Harry attended did not also know?

Remember that the possession of marijuana, under the 1971 Misuse of Drugs Act, carries a maximum prison sentence of five years and an unlimited fine. If he had broken any other parts of the criminal law, would he have been immune from the attentions of the police? If so, it would be disgusting.

The monarchy is the fount of laws and honours. The royal signature turns pieces of parchment into the law of the land.

The royal Crown is on the cap badges of every police officer and hangs over the judges’ bench in every courtroom. I might add that every prison is also ‘His Majesty’s’ and is emblazoned with the Royal Arms.

The Crown is the law, and the law is the Crown, and it is the law that makes Charles King and makes Harry more important than most other young men in the realm.

And yet the Spare to the Throne blithely boasts, in a publication he cannot blame on anyone else, of his long career of deliberate, conscious law-breaking.

I suppose there must have been parental harangues and pleadings. It is all too easy to imagine the future King Charles — who escaped the drug frenzy of his generation thanks to a unique upbringing — baffled and miserable over his son’s stupidity. As His Majesty will have found, he is very nearly on his own. Harry knows full well, from his fashionable circle of friends, that the police would not touch him even if he was an ordinary teenager. They unofficially decriminalised marijuana many years ago, without bothering to consult Parliament.

Many of the super-wealthy parents with whose sons Harry mixed at Eton took drugs themselves, or still do, and have no difficulty in allowing their children to do the same.

But it goes beyond that. It is not just that Harry’s unrestrained lawbreaking undermines the institution he is inevitably part of. What about the effect of his drug abuse on himself, and on society as a whole?

We have all read and perhaps laughed at his account of the time he ended up holding conversations with a bathroom bin and a lavatory pan after taking ‘magic mushrooms’. But it is not very funny, in those families where a young member has become irreversibly mentally ill following the use of marijuana.

For them, the onset of wild rages, the persecution mania, the educational failure, the character transformation, and then the delusions, are anything but amusing.

Nor are the powerful, life-changing anti-psychotics these ruined children need to take for the rest of their days.

In many cases these young men used dope in the hopelessly wrong belief that it is ‘soft’— a view held by many opinion-formers. This belief destroys lives.

We should be just as horrified by marijuana use as we are about heroin or cocaine. Could it even be that Harry’s erratic, angry and mistrustful behaviour, his personality change between his Sandhurst days and now, are connected with his drug use?

If this country had a proper Establishment, there would be more anguish about this part of his revelations. But I fear his actions, and the general soft reaction to them, show that we are no longer really grown-up enough to be a monarchy, or anything else much.

Ian MacDonald, in his extraordinary examination of The Beatles, Revolution In The Head, thought the foundations cracked in 1969, with the song Come Together.

MacDonald said: ‘Enthusiastically received in campus and underground circles, Come Together is the key song of the turn of the decade, isolating a pivotal moment when the free world’s coming generation rejected established wisdom, knowledge and behaviour for a drug-inspired relativism which has since undermined the intellectual foundations of Western culture.’

It is horribly true. The shared rite of the rolled spliff passed from hand to hand and mouth to mouth was the unholy communion of the post-1960s generation. Their unholy trinity, likewise, was sex, drugs and rock and roll.

While the late Queen Elizabeth continued to reign with her head full of notions of duty, service, family, patience and forbearance, her subjects, and then her own family, were seduced into a completely different world.

It was a revolution in the head which separated effort from reward, and dissolved the old idea that pleasure should be deferred until duty was done, in a cloud of sickly sweet dope smoke.

Nobody needed to storm Buckingham Palace, batter down its doors, smash its windows or drag the monarch off to the dungeon or the guillotine.

The whiff of marijuana in the royal corridors betokened a huge revolt which has left an ageing King perched on a shabby throne from which he cannot even govern his own younger son.