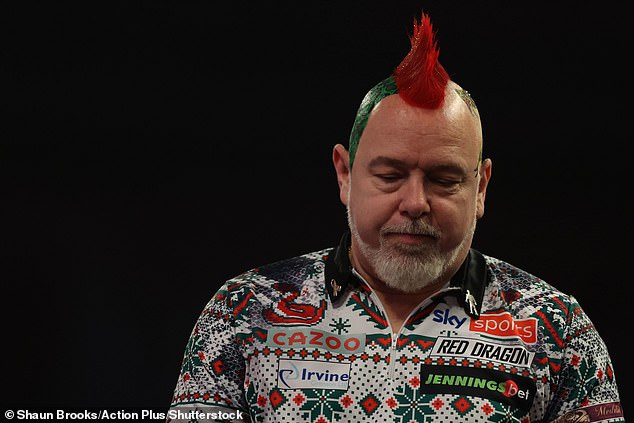 Peter Wright’s reign as PDC world champion came to a sorry end as Kim Huybrechts claimed the biggest win of his career at Alexandra Palace.

Wright wore a colourful Christmas shirt on the oche, but that was the only thing that sparkled from the Scot as Huybrechts cruised to a 4-1 victory and a last-16 date with fellow Belgian Dimitri van den Bergh.

‘I beat the name Peter Wright, but the person Peter Wright wasn’t there,’ Huybrechts told Sky Sports after the world number two had averaged just 91.28 throughout and was even below 80 in the third set.

‘That wasn’t Peter Wright. I have to be honest about that.

‘Normally he’s about 20 times better than this. I just played my game, took my chances and got the win.

‘I did what I had to do, but I’m not going to be arrogant or cocky. But I’m a happy man to go through to the next round.’

Wright took the first set 3-0 and Huybrechts, who came to London battling to stay in the world’s top 32, appeared to be up against it.

But he seized the initiative by winning seven of the next eight legs and a cool 67 checkout gave him a 3-1 advantage. 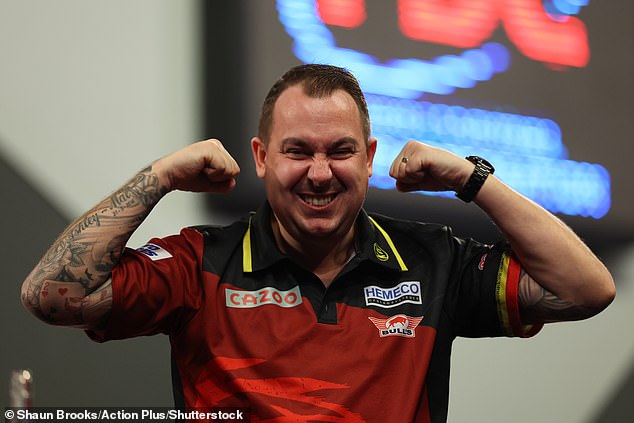 Wright tried to fight back in the fifth set, but he missed double 18 to extend the match and Huybrechts stepped in to seal matters before a shocked crowd.

Five-time world king Van Barneveld’s rise up the rankings after twice retiring from the sport had provided the feel-good story at this year’s tournament.

But the 55-year-old was whitewashed 4-0 as world no 1 Price showed there is no room for sentiment on darts’ biggest stage.

‘I can say I beat Raymond on TV, right? Come on,’ Price said after avenging two defeats by Van Barneveld at last month’s Grand Slam of Darts and ending a run of six successive losses to the Dutchman. 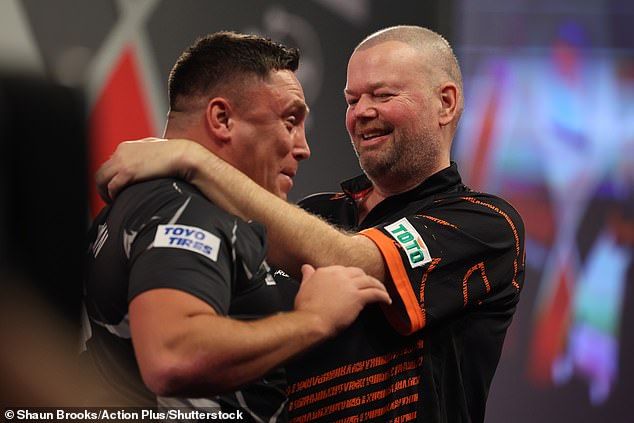 ‘In the Grand Slam I let Raymond off numerous times, but this time I was clinical.

‘I’m happy with that one. I’m the world number one and I’m here to win. I’m not here to make up the numbers.’

Price, the 2021 world champion, took first set 3-1 with a 100 per cent return on his doubles and won the second set by the same scoreline.

Van Barneveld’s comeback hopes flickered with a superb 125 checkout (25-50-50) but he missed a double eight shot for the third set and Price pounced. 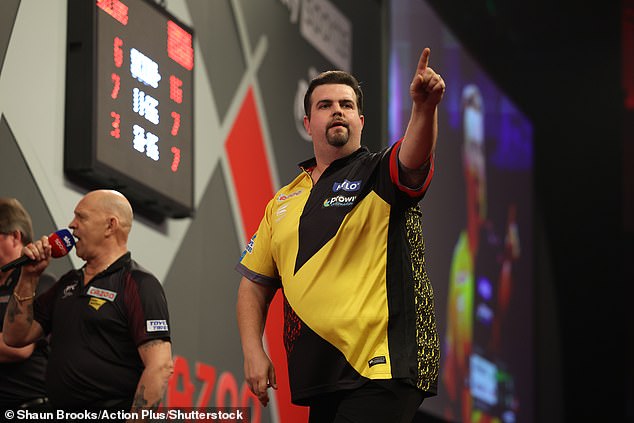 Welshman Williams had a match dart to win 4-2. But he could not take out double six for a 126 checkout, and Clemens averaged 112 in the deciding set to book a date with either Danny Noppert or Alan Soutar.

The 21-year-old Rock has hinted that he could come of age at this tournament and he punished Aspinall for a raft of missed doubles.

After leading 3-2, Rock held his nerve to take out 70 for victory in the final leg.

Van den Bergh and Jonny Clayton had earlier eased through with respective 4-1 victories over Brendan Dolan and Krzysztof Ratajski.

Easing of Quarantine Sparks Surge of Interest in China Travel