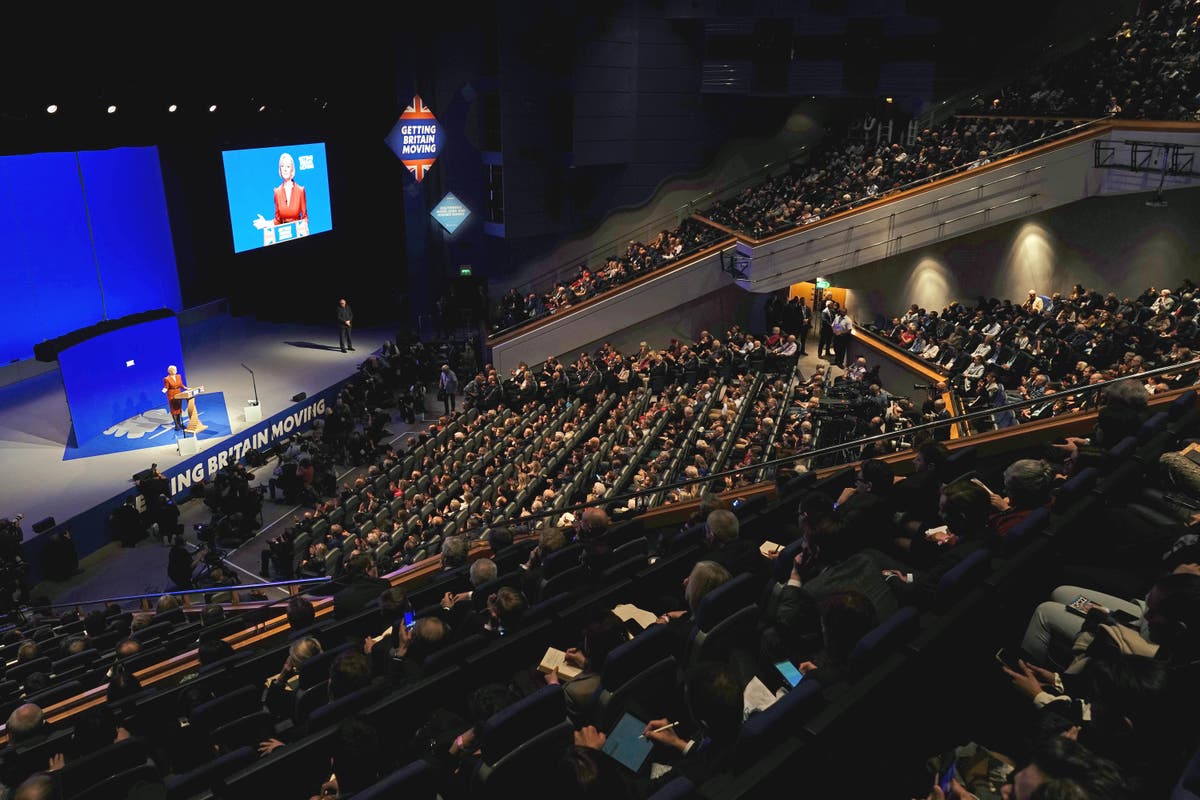 photographer who was ejected from the Conservative Party conference despite having a press pass has criticised security for “manhandling” him.

Staff photojournalist at European Pressphoto Agency (EPA), Tolga Akmen, said he had taken photos of Liz Truss crossing the bridge to get to the International Convention Centre in Birmingham, before moving towards the hall where the Prime Minister was set to give her speech.

But video on social media shows Mr Akmen, 31, then being forcibly moved by two men while he states “I’m not being aggressive” and “I’m a member of the media”.

There was no need for manhandling. We could have talked about it. I didn’t try to get in where I wasn’t allowed to

The photographer told the PA news agency afterwards: “There was no need for manhandling. We could have talked about it. I didn’t try to get in where I wasn’t allowed to.

“I don’t see anyone else being told off and I do not know why they picked on me.

“I happen to be someone who argued back, and they don’t (take) kindly to that. We should have access and are accredited media. I showed them my press card.

“I have never had anything like this happen in my life. Weird behaviour, really strange.”

Mr Akmen said he showed his press pass to security and tried to enter via the closest entrance, but was refused access and was given no alternative points from which to enter.

Mr Akmen said he and colleagues then walked towards another entrance before he heard a security guard radioing his description, saying he had been acting “aggressively and needed to be stopped”.

That same guard, he claims, followed him then “singled him out” from the other journalists and “started pushing and dragging” him away with other security.

The award-winning photographer said he had been briefed by Conservative Party press officers regarding where media were allowed access during the conference in Birmingham.

A video showing him being taken away was posted on social media by podcast producer Dino Sofos.

In it, a man tells Mr Akmen he was being “aggressive”.

We are aware there was an incident earlier today where a photographer was removed by venue security staff. We believe there may have been a misunderstanding and have been in contact with the photographer

A man can be heard saying: “I’d go with him now, otherwise the police will get involved, but go now and we’ll try and sort it out.”

Mr Akmen said after the footage was taken he was “thrown out” in the rain without his equipment and jacket, which was later recovered by security.

He said EPA had raised the matter with the Conservative Party.

A Conservative Party spokesman said: “We are aware there was an incident earlier today where a photographer was removed by venue security staff.

“We believe there may have been a misunderstanding and have been in contact with the photographer.”

Mr Akmen confirmed Conservative Campaign Headquarters had been in touch to apologise, adding that he was waiting for a formal apology to be sent.

PA has contacted the International Convention Centre for comment.