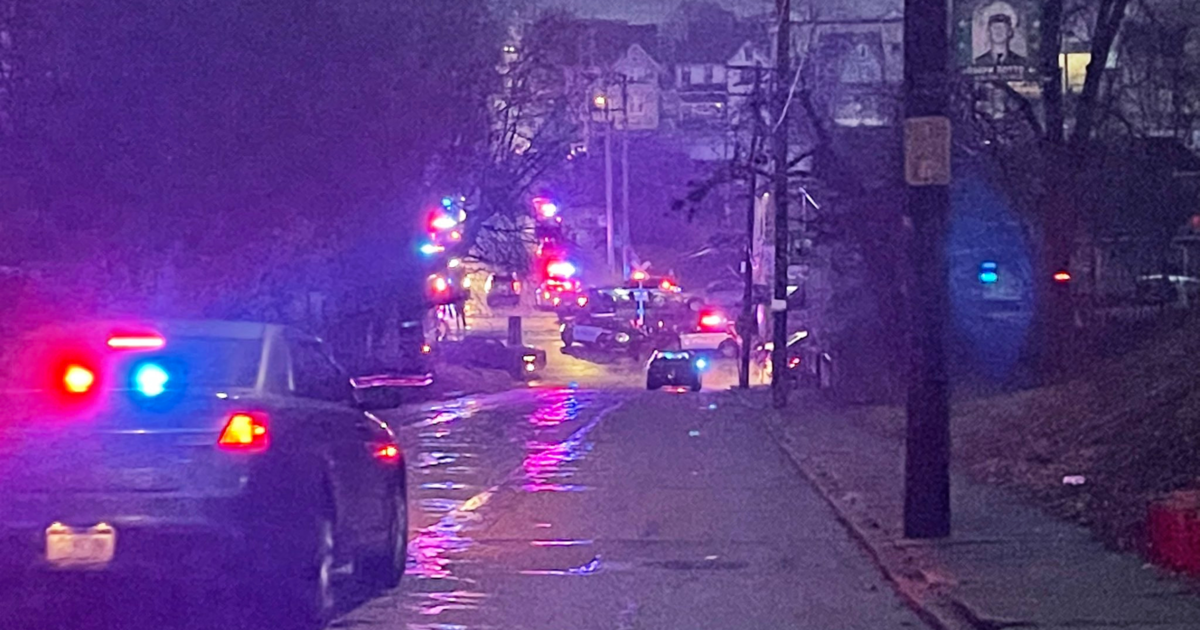 Pennsylvania Gov.-elect and current Attorney General Josh Shapiro tweeted, “Today’s tragedy in Brackenridge is a devastating reminder of the bravery of those who put their lives on the line every day to protect us. Police Chief Justin McIntire ran towards danger to keep Pennsylvanians safe — and he made the ultimate sacrifice in service to community.”

He also said in a tweet that , “Chief McIntire and his family are in my prayers, as is his fellow officer who was injured in the line of duty tonight. May Chief McIntire’s memory be a blessing.”

Another officer was then shot in the leg in the second incident. That officer was transported to a hospital and was in stable condition, Kearns said.

The suspect was wounded, but was able to flee after carjacking a vehicle, according to police. After police located the stolen car, the suspect led them on another chase. He crashed and then fled into a wooded area, police said. He then emerged from the woods into an open area in a housing development, where he fired at police officers, Kearns said Monday night. The officers returned fire, killing Swan, according to Kearns.

The people to whom the carjacked vehicle belonged were not harmed, police said.

Swan was originally wanted for an alleged weapons violation of his probation, and police had encountered him Sunday night, but he was able to evade them following a chase.

Brackenridge is located in Alleghany County, a few miles northeast of Pittsburgh.