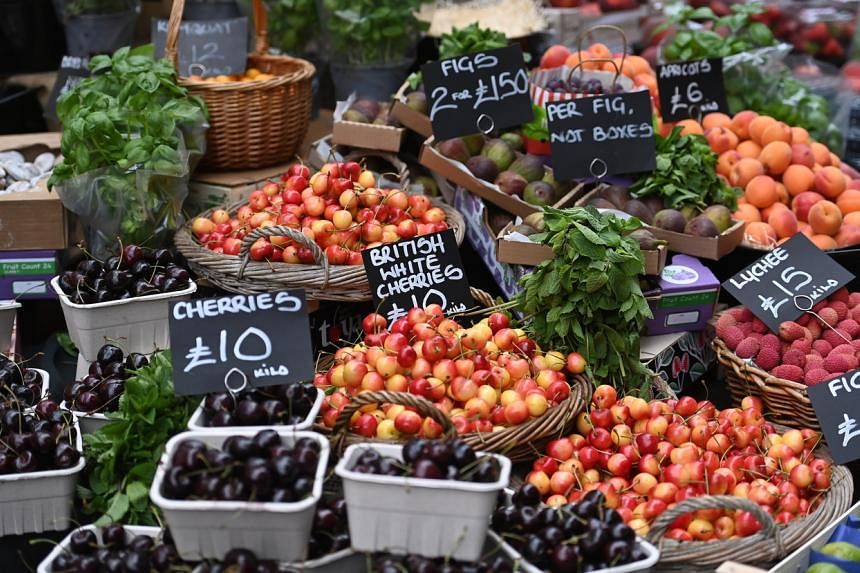 LONDON (BLOOMBERG) – Concern about inflation reached the highest since the 1980s, a poll showed, underscoring the damage to personal finances coming from a cost-of-living crisis.

The research company Ipsos said 45 per cent of adults thought inflation is one of the most troubling issue confronting the nation, the highest level recorded since the survey started in the early 1980s.

Consumer prices are rising 9.4 per cent, and the Bank of England expects those gains to top 11 per cent later this year, well beyond its 2 per cent target.

That’s prompted a series of interest rate increases, with the central bank poised to accelerate the pace of monetary tightening next month.

“Public concern about inflation continues to increase, matching the rises we see in the official inflation rate,” said Mr Mike Clemence, a senior consultant at Ipsos.

“Now almost half of the public mention rising prices as one of the biggest issues for Britain.”

Meanwhile, a parliamentary committee said the British government has to do more to help consumers deal with an impending surge in energy bills, .

The government needs to refresh its support for households before October, when an upper limit in energy prices will be hiked, the Business, Energy and Industrial Strategy Committee said in a report Tuesday (July 26).

Energy prices are just one leg of a cost-of-living crisis in Britain, where petrol and food costs are also surging, and inflation is heading for double digits – the fastest in four decades.

The report warned that a planned £400 (S$670) discount on energy bills for every household in October won’t be enough to support lower-income families, while some help will go to those who don’t need it or who own multiple homes.

“To prevent millions from dropping into unmanageable debt it’s imperative that the support package is updated and implemented before October, when the squeeze will become a full-on throttling of household finances and further tip the economy towards recession,” Mr Darren Jones, chairman of the committee, said in a statement.

The report urged the government to consider introducing a social tariff to help the most vulnerable, while keeping the rest of the market on a relative tariff to cap the difference between the cheapest and most expensive rates.

This winter, average household bills in Britain are set to be almost three times the level of last year.

Bags of potential: Why designer handbags make the ideal…