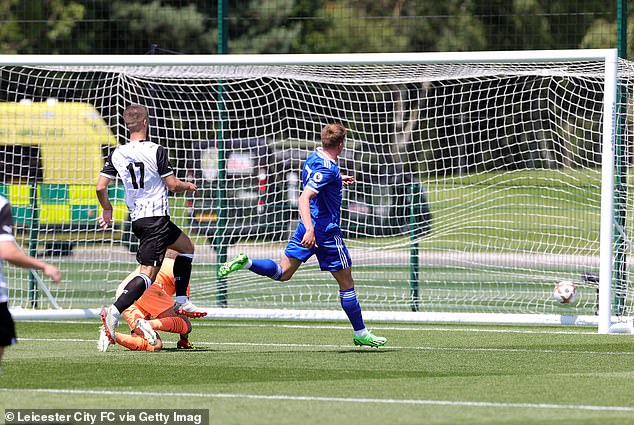 Leicester suffered an embarrassing start to their pre-season campaign as they suffered a 2-1 defeat against non-league Notts County, despite scoring first.

Defenders Wesley Fofana and Ricardo Pereira both started in defence, but last season’s set-piece woes reared their head once again as Brendan Rogers watched his side struggle to defend.

Harvey Barnes calmly opened the scoring after being played through for a one-on-one with the County goalkeeper.

But their lead lasted just over 10 minutes as Kairo Mitchell reacted quickest inside the box to pounce on a loose ball and score from a corner.

County scored from another set-piece situation to take the lead late in the game with Brendan Rogers’ side unable to respond as they limped to a disappointing defeat behind closed doors. 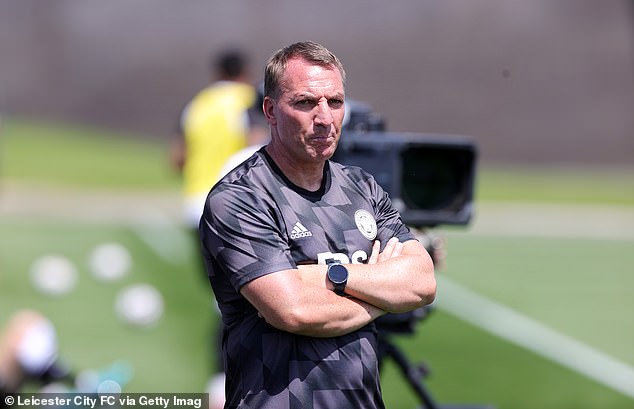 Brendan Rogers watched on as Leicester City slumped to a 2-1. defeat against Notts County

Crystal Palace find a winner in 5-4 victory over Millwall

The two London rivals played out a nine-goal thriller as Patrick Vieira’s side endured a difficult afternoon in the baking heat against Championship side Millwall.

Palace welcomed back their international players for their second pre-season friendly as the likes of Wilfried Zaha and Marc Guehi returned from extended summer breaks. 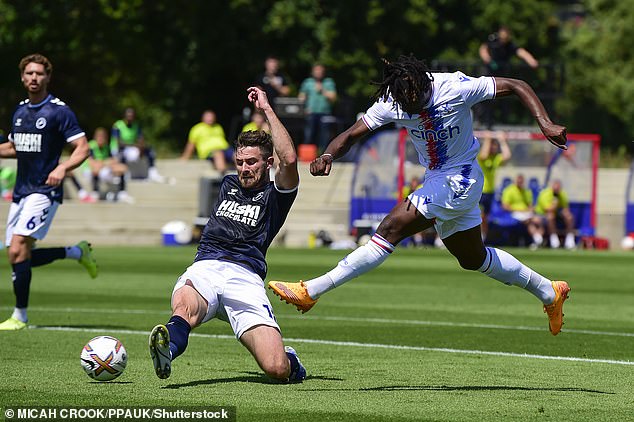 Two goals inside the opening 10 minutes set the tone for the high-scoring encounter with Eberechi Eze, Benik Afobe, and Jordan Ayew all netting first-half goals.

Five goals in 20 minutes saw the two sides tussle to take the lead during the second period of play before Jesurun Rak-Sakyi’s 81st minute winner settled the score.

Palace will now travel to Singapore to play Jurgen Klopp’s Liverpool on July 15. 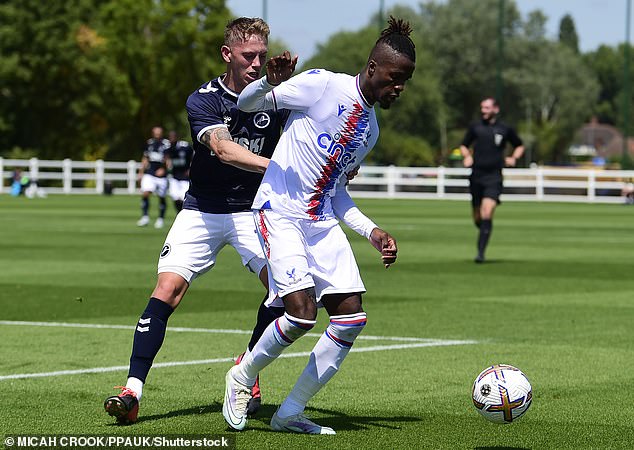 Steven Gerrard got his first pre-season game as Aston Villa manager off to the perfect start as his side played out a faultless 4-0 win over League Two side Walsall.

Over 9,000 fans watched on at the Bank’s Stadium as the Premier League side cruised to their first pre-season victory in relatively comfortable circumstances.

Leon Bailey, Cameron Archer, Ollie Watkins and Douglas Luiz all scored as Villa got off to the perfect start ahead of the new season, with Luiz’s direct goal from a corner a particular highlight. 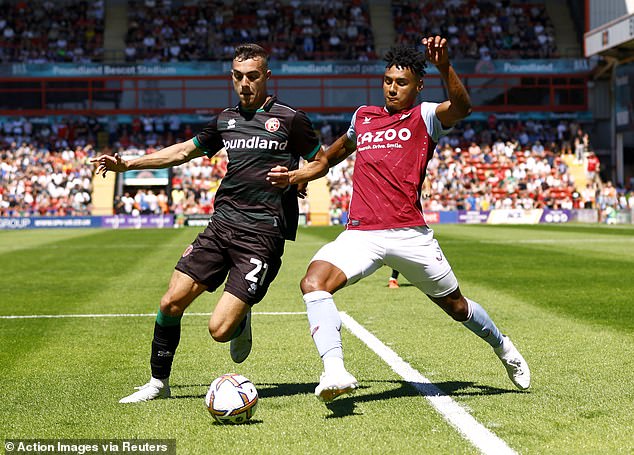 New Brazilian centre-back, Diego Carlos, started alongside captain Tyrone Mings at the heart of defence, but was rarely tested as the hosts were largely limited to their own half.

Villa will face a more difficult test in their next pre-season match as they travel to Australia to play Leeds United in Australia on July 17. 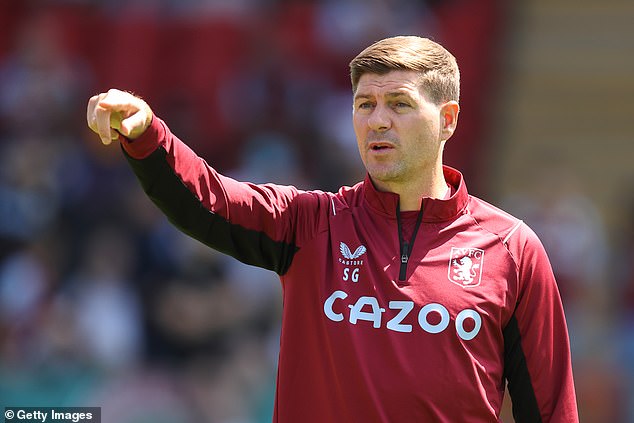 Brentford managed to keep a clean-sheet during their first pre-season outing as they cruised to a 2-0 victory over Boreham Wood.

Goals either side of half-time saw Bryan Mbeumo open the scoring from the penalty spot before Josh Dasilva’s late strike creeped over the line. 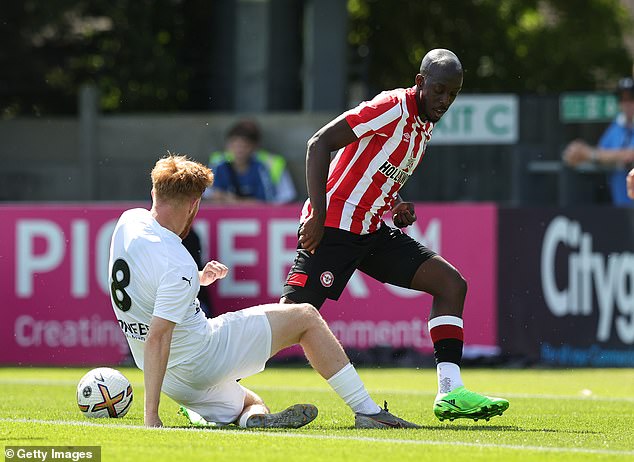 Last season’s top scorer Ivan Toney featured alongside a host of Brentford academy hopefuls who will be targeting a place in Thomas Frank’s plans for next season.

New arrival Aaron Hickey watched on from the stands but is likely to feature as Brentford travel to Germany for their next batch of pre-season fixtures prior to the start of the Premier League season. 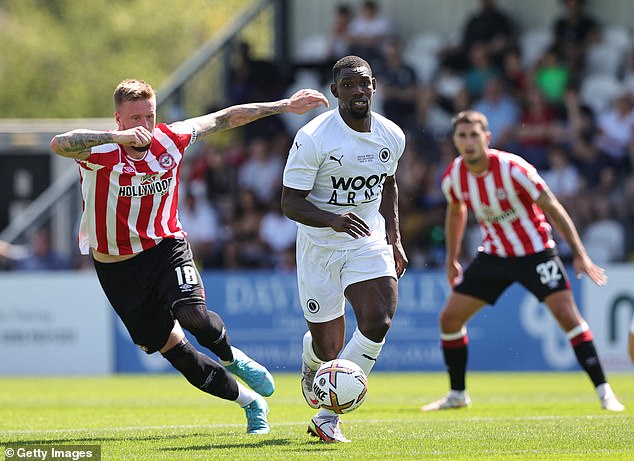 Matt Richie, Joelinton, and Sean Longstaff also got onto the scoresheet while Paul Blackett was Gateshead’s only goalscorer. 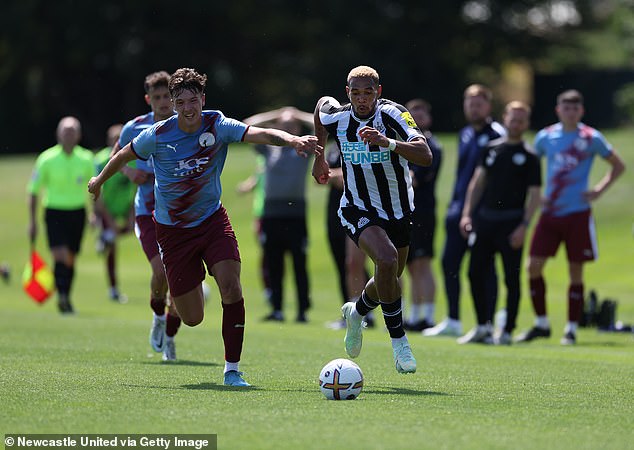 A routine afternoon saw Eddie Howe’s side enjoy a comfortable first pre-season outing as he ran the changes with defender Kell Watts the only player to fulfil 90 minutes.

But Newcastle fans will have to wait until their upcoming pre-season clash in Austria to get a look at new signings Nick Pope and Sven Botman. 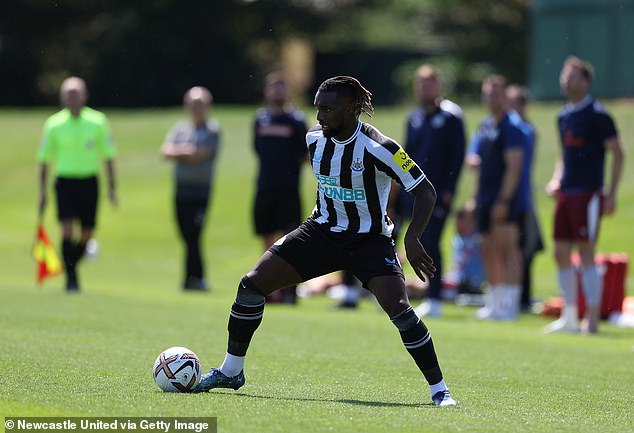