Predicting the Patriots’ MVP, best rookie and final record in 2022 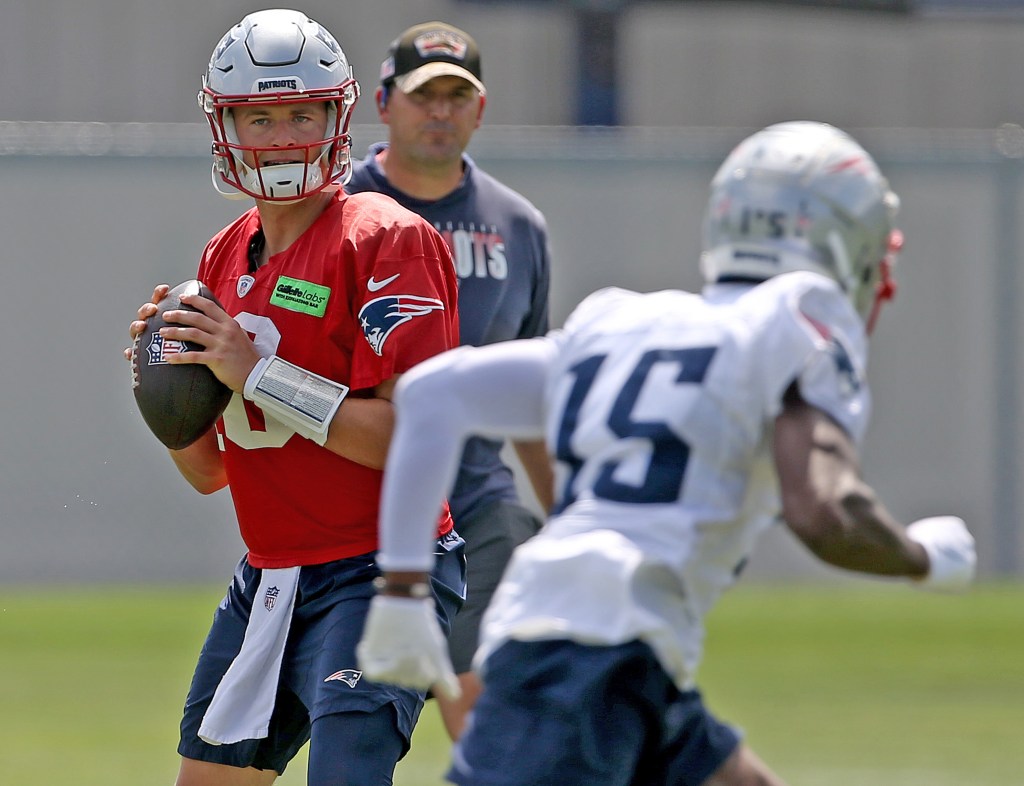 To say the Patriots have had an unusual lead-up to the 2022 season would be an understatement.

Going to South Florida to get used to the “heat” before playing the Dolphins in the season opener?

Having coaches run the offense who have zero experience running an offense?

Another first for the Bill Belichick-coached Patriots.

Don’t remember the last time that came to fruition during Belichick’s tenure.

Who knows? It’s anyone’s guess. So much about this Patriots team falls into uncharted territory. Anything could happen.

That’s why making predictions — both informed as well as pure guesswork — are fun.

So here’s a look into the crystal ball and what the future holds for the Patriots.

They begin in Miami, go to Pittsburgh, open at home against Baltimore, then head to Green Bay.

Who do they beat?

Maybe it’s wishful thinking. But the third-year outside linebacker finally showed a little something during training camp and the preseason. He was a noticeable contributor on the edge.

After losing his 2021 season to injury, the 2020 third-round draft pick will, at the very least, see time as a rotational player. And, if he performs like he did over the summer, he should have an impact.

After being invisible his first two seasons, stepping into that role and having a measure of success would be a surprise.

He might not start right away, but it’s going to be hard to keep him off the field if he continues to build off what he showed during the preseason.

Jones has skills, instincts that can’t be taught. He’s a ballhawk. He’s an explosive player.

With J.C. Jackson now with the Chargers, the Patriots are going to need another turnover machine. Jones has the tools to be that guy.

But they’re going to be a stingy opponent every week. Why? Because the players buy into what Dan Campbell’s selling.

That was evident last year, when the team went 10-7 against the spread.

It’ll be even more apparent this year, judging by Hard Knocks.

Meyers, or “Mr. Steady” as wide receivers coach Troy Brown called him last week, is going to get his share of catches and make plays for Mac Jones every week. That’s a given.

Who will be his next favorite receiver?

At the outset, Kendrick Bourne looked to have that role locked up. But with his recent struggles, Bourne has fallen down the depth chart.

While DeVante Parker adds a new dimension with his ability to make contested catches, the choice here is Nelson Agholor.

He’s looked like a different, more confident receiver than last year, and shown a nice chemistry with Jones.

During camp, Agholor got open, and when he didn’t, made a number of contested catches. Given the money the Patriots paid him last year in free agency, it behooved Agholor to step up. Based on how much Jones relied on him in training camp, it’s easy to see that carrying over into the season.

He was a beast last season on passing downs. Good luck to anyone trying to block him this year. Whether he’s dealing with one offensive lineman, or more, which will free up others, he’s going to have a huge impact.

Cornerback and linebacker were also candidates, but coaches can scheme around those deficiencies. You can’t hide a bad offensive line.

On paper, the line should be good. Collectively, however, tackles Trent Brown and Isaiah Wynn, center David Andrews, and guards Cole Strange and Michael Onwenu, looked out of sorts, especially with the new outside zone scheme.

All it takes is one mess up, and there was plenty of that going on during the preseason.

If the Patriots continue with that scheme, there’s going to be trouble.

If the Patriots are going to contend, if they have any shot of returning to the playoffs, it has to start with Jones. Even with coaches who have never run an offense, or managed a quarterback, Jones will find a way.

By the sound of it, he’s going to have some latitude at the line which will help make up for whatever problems arise having a new play-caller.

His skittishness in the pocket during the final preseason game is a concern, but the belief here is that Belichick will get him back to where he’s comfortable, both with the offense, as well as the line.

The last six games are brutal. It starts at home versus Buffalo, then trips out west to Arizona and Las Vegas, home kickoffs against Cincinnati and Miami, and a finish in Buffalo.

The Pats went 1-4 to finish last season. This year? 2-4. The wins will come against the Cardinals and Dolphins.

They’ll handle the Cardinals, even with DeAndre Hopkins back from his six-game suspension. And the Fins won’t sweep them again this year. Maybe the Pats pull off the upset in the opener, but given their history in Miami, Week 17 at Gillette seems like a better choice.

After the tough start, and brutal finishing run, there’s a stretch of seven games (Detroit, Cleveland, Chicago, at Jets, Indianapolis, at Minnesota) in the middle that will make or break the season.

It’s similar to their mid-season run last year, where they were able to rip off seven straight wins before fading down the stretch.

Maybe they go 7-0 again, but the way the Pats looked in the preseason makes that hard to fathom, even against a group of mostly tomato cans. If they go 6-1, they’ll finish 9-8. Going 5-2, which is also reasonable, means 8-9.