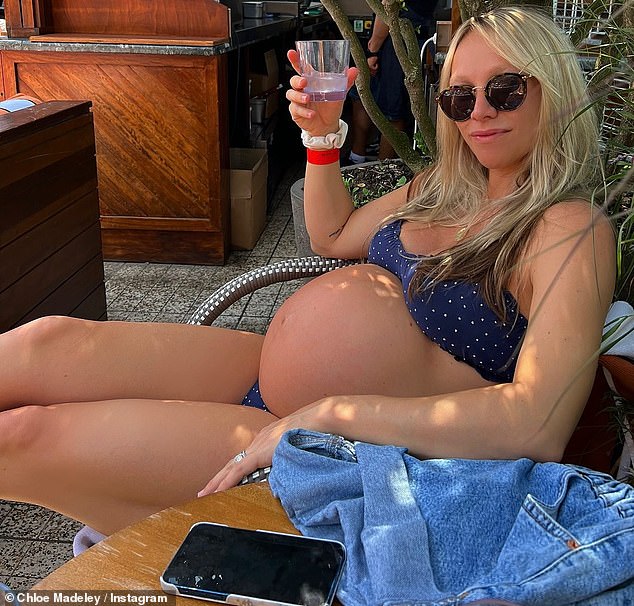 By Bethan Edwards For Mailonline

She is preparing to welcome her first child with husband James Haskell in a mere matter of weeks.

And Chloe Madeley looked incredible as she showcased her growing baby bump in a navy blue polka dot bikini while battling the sweltering British heatwave on Sunday ahead of her impending due date.

The TV personality, 34, rocked a navy two-piece with white spots on as she hid behind a pair of dark sunglasses while hydrating.

Bumping along: Chloe Madeley looked incredible as she showcased her growing baby bump in a navy blue polka dot bikini while battling the sweltering British heatwave on Sunday

Chloe looked completely relaxed as she held up a glass to the camera while sporting a white scrunchie on her wrist.

The mother-to-be showcased her natural beauty while leaving her blonde tresses relaxed.

Chloe, the daughter of TV presenters Richard Madeley and Judy Finnigan, kept her feet up as she soaked up the sun next to a table which she folded her denim shorts on. 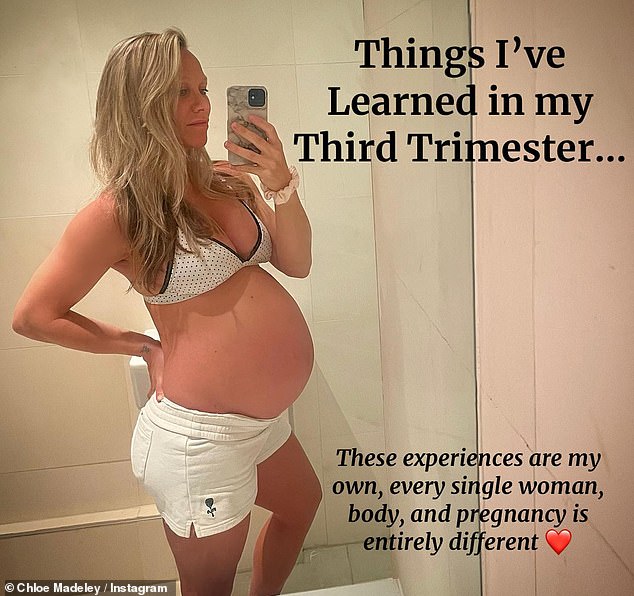 She’s glowing: The TV personality, 34, has explained that her body had struggled to adjust in the early months to her pregnancy

Recently Chloe explained that her body had struggled to adjust in the early months to her pregnancy.

She revealed in an Instagram post that she found herself fainting on public transport and admitting she now finds it ‘intensely overwhelming’ to be left alone. 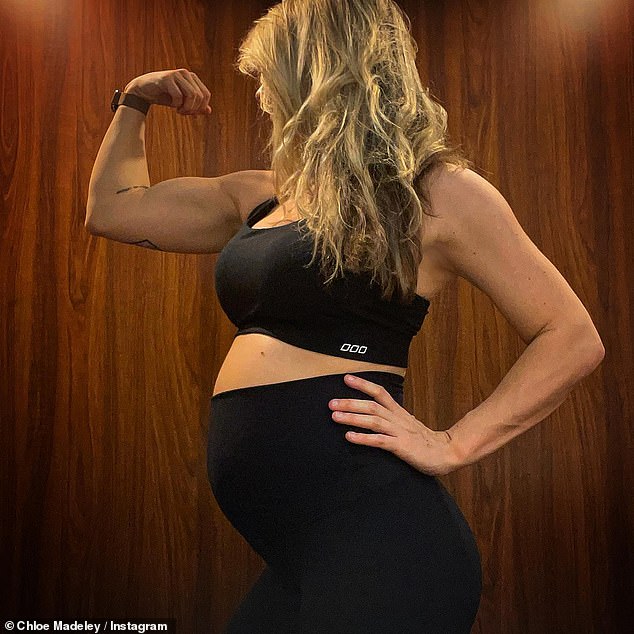 Family: Chloe, the daughter of TV presenters Richard Madeley and Judy Finnigan, revealed she found herself fainting on public transport

In the photo, Chloe sported a polka dot sports bra and white shorts as she shared ‘things I’ve learned in my third trimester’.

The fitness lover looked radiant as she listed several of her experiences going through pregnancy over the last couple of months, including feeling ‘intensely overwhelmed’ whenever she’s left alone, and feeling ‘uncomfortable’ when walking.

She wrote alongside a snap which saw her posing in the mirror: ‘Things I’ve learned in my third trimester… these experiences are my own, every single woman, body and pregnancy is entirely different.

She continued: ‘I wish I’d taken the first sniff of dropping iron levels more seriously, and overhauled my diet and supplements / medication approach, instead of thinking some Spatone and vitamin C in the morning would sort me right out.

‘If I had, I would have avoided a lot of scary moments like fainting on / in various modes of transport, and generally feeling like I can’t breathe, as well as looking like a goth.

‘Being left alone in your third trimester feels intensely overwhelming. It’s okay to come off social media and refocus your priorities.’ 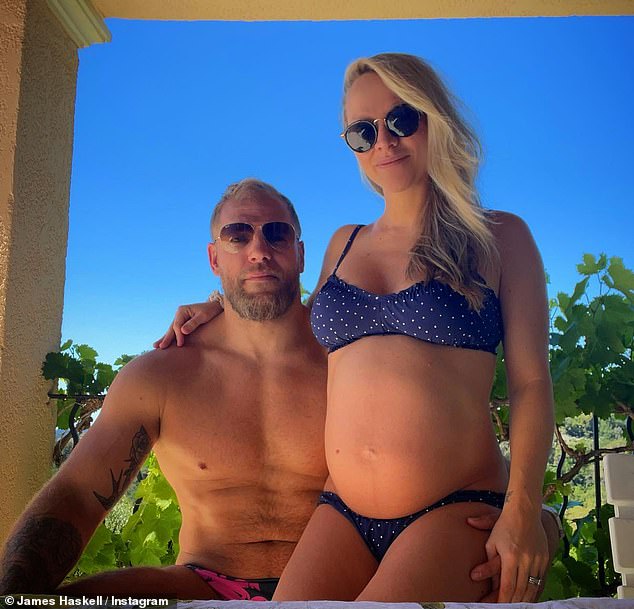 Parents to be: The fitness enthusiast is expecting her first child with her husband James Haskell

How can we shut down abusive journalists?