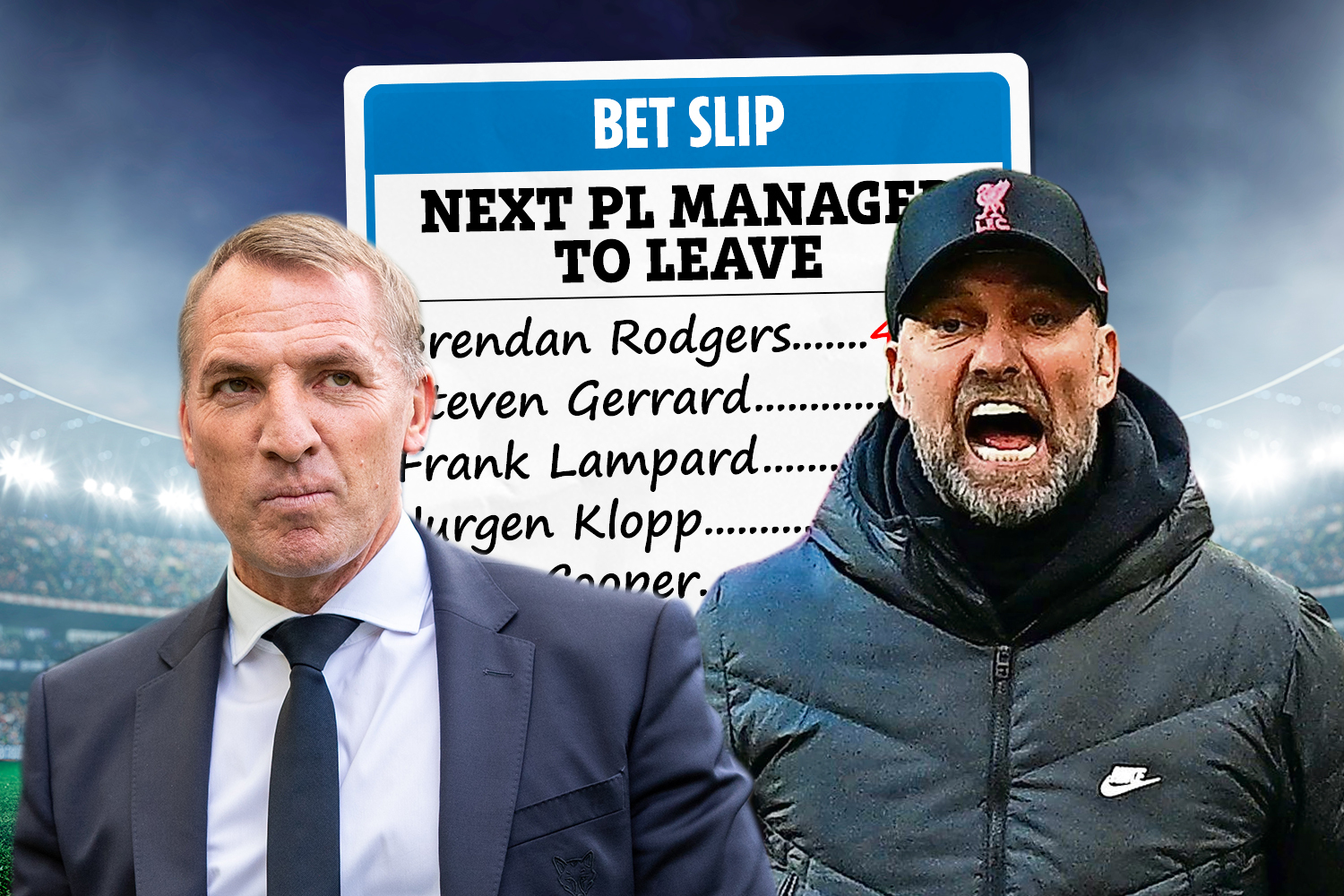 BOOKMAKERS Betfair have slashed the odds of Jurgen Klopp and Steve Cooper being the next manager to leave their post.

But Leicester City boss Brendan Rodgers heads the betting as the odds-on 4/11 shot.

Remarkably, we are only into week five of the new Premier League season and the betting is open on the FOURTH manager to leave their job.

It follows the sackings of Scott Parker at Bournemouth and Thomas Tuchel at Chelsea, as well as Graham Potter quitting Brighton to replace the German.

Rodgers has been amongst the favourites for quite some time following Leicester’s torrid start to the season.

But Jurgen Klopp and Steve Cooper – at much bigger prices last week – have both been cut into 12/1 and in fourth favourites.

Cooper has been linked with the Brighton job which could explain his odds tumble.

But Jurgen Klopp has endured a patchy start to the season to say the least.

And that was thrown further into the spotlight when his side were battered 4-1 by Napoli in matchday one of the Champions League.

But it remains Rodgers who seems likely to be the next out the door.

Leicester sit on just the one point so far this season and are already three points behind second bottom.

Rodgers had shortened into 1/5 before Betfair revealed they weren’t taking any more bets on this market before Tuchel’s dismissal.

Rodgers is now 4/11 with Betfair to be the next manager gone this season.

It was a turbulent summer for Leicester, who lost French centre-back Wesley Fofana to Chelsea in a deal worth £70million.

Next manager to leave their role (4th)

However, Rodgers only had a fraction of that to spend, with Wout Faes joining from Reims as a replacement for just over £15million – while Alex Smithies joined on a free.

Steven Gerrard went into last weekend just behind Rodgers at the top of the market.

His team got him out a bit of trouble when drawing with Manchester City last Saturday and the pressure has lifted off him for the time being.

Though he is 6/1 and second favourite to be the next to leave his current role.

Everton’s Frank Lampard was relatively short priced too but also appears to have some relief currently and is 9/1.

TIFF 22: The 20 buzziest films coming to the Toronto film fest

Judge still at 60, Yanks get rain-shortened win over Red Sox