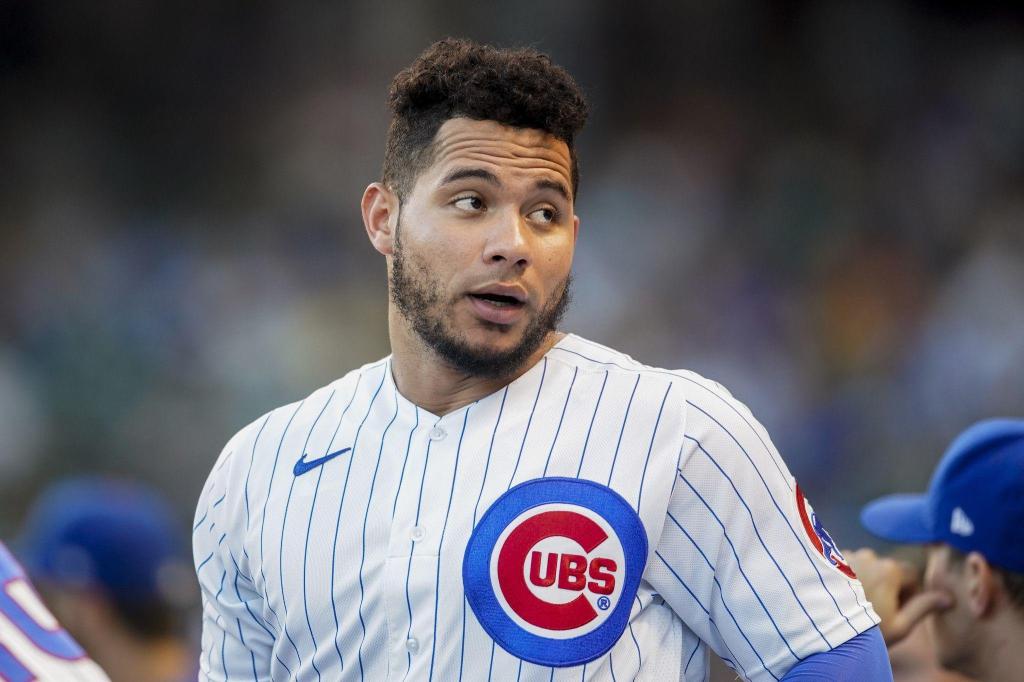 It was a beautiful night for baseball Monday as the Chicago Cubs returned home to play the Pittsburgh Pirates in a rare two-game homestand at Wrigley Field.

Fans filed in knowing it could be the last time they see some of their favorites wearing a Cubs uniform, whether it’s stars like Willson Contreras and Ian Happ or one of a handful of relievers sure to be gone by the Aug. 2 trade deadline.

This marks the second annual summer sell-off by Cubs President Jed Hoyer, who took his lumps last July for dealing Kris Bryant, Javier Báez and Anthony Rizzo, changing the direction of the franchise in one memorable 48-hour stretch that began with Rizzo’s trade to the New York Yankees.

It’s too early to rate the return, especially since Hoyer acquired so many low-level prospects instead of those on the doorstep of a big-league call-up. But young talent including Pete Crow-Armstrong, Kevin Alcantara and Alexander Canario have shown significant progress in their first year in the Cubs system, and Hoyer remains confident the decision to restock the farm at the expense of competing in 2022 or ’23 will pay off in the long run.

But that’s a way off, and on Monday fans settled in to watch two of the few teams so far out of contention they couldn’t even pretend to be long shots in the expanded wild-card race.

This mini-homestand will mostly be an opportunity for the Cubs front office to showcase its trade chips before the deadline, for fans to say their final goodbyes and for players on the market to look around one last time at the old ballpark they call home.

“It’s crazy to think you could wake up one day and not be here,” Happ said. “It’s part of the game. It’s part of what we sign up to do.”

Cubs manager David Ross said before Monday’s game that players always should look around and appreciate “how blessed we are to be able to put this uniform on every day.” That may be true, but when you’re going through the grind of a 162-game season you probably don’t have time to smell the roses and remind yourself daily you are living out the dream of millions of kids.

A player has no choice but to be a little self-centered and think about his playing time, numbers and chances of hitting a big payday as a free agent and taking care of his family. The “looking around” part only happens at times like this, when a team is an obvious seller like the Cubs are, and you’re someone having a good enough season to draw interest from at least one contending team.

Naturally, everyone says they don’t want to leave, no matter the Cubs’ position in the standings.

Contreras and Happ grew up in the organization and have been taken in by Cubs fans who’ve appreciated their ability to overcome early obstacles and become All-Stars. Veterans like Drew Smyly and David Robertson have only been here a few months, but also insist they’re quite happy playing for the Cubs.

Surely there are some players who desperately want to leave the North Side and get a chance to win a ring, but the unofficial rules of trade deadline interviews dictate they must keep those feelings to themselves.

Ross believes the players’ satisfaction speaks to Cubs ownership and the coaching staff, which he said makes it exciting for them to come to the ballpark every day.

“When I was a player, there were some places that I wasn’t excited to go to the ballpark,” he said.

Ross declined to reveal what team he played for that made it a drag to go to the park, but you can bet it wasn’t his two years with the Cubs.

“I think you enjoy coming to work with your teammates and coaches, and there are some people that just don’t make it a whole lot of fun,” he continued. “Winning is the ultimate fun, but also coming in with people who appreciate the environment of what we get to come to do every single day is a bonus.

“Somebody with the willingness to turn the page on a tough loss is important, especially in my seat, to move forward.”

Happ spoke of the Wrigley Field vendors he missed seeing after fans were allowed back in 2021 after the pandemic slowed, and fans who have “been here 30-40 years, and every game they’re excited to tell you ‘good game’ or ‘get ’em tomorrow.’” He recently met with a group of left-field bleacher bums for a group photo — just in case.

“This place has such a special sense and aura to it, and it’s built by those people,” Happ said.

Saying goodbye to Wrigley Field is never easy. Starter Rick Reuschel was upset when he was traded from the last-place Cubs to the first-place Yankees in the summer of 1981. When starter Steve Trout was traded to the Yankees in 1987, also leaving a struggling Cubs team for a club in first, he had a hard time processing the news.

Two days later, Trout held a news conference on the front lawn of his mother’s house in South Holland and told reporters: “It was such a sudden thing that my emotions were just at the level where I couldn’t talk about it. It happened just like that, and that’s the nature sometimes in ‘show business.’ Basically, it was hard for me.”

Baseball is still show business, and everyone knows the old maxim: “The show must go on.”

Some of the departing Cubs will miss this place, while others will thrive in their new homes. It’s all part of the game.

But in the end Cubs fans still have Wrigley Field, a ballpark more indispensable than ever.

Countries are not doing enough to contain monkeypox, epidemiologist says

‘Actor Cillian Murphy, our patron and friend, has been…