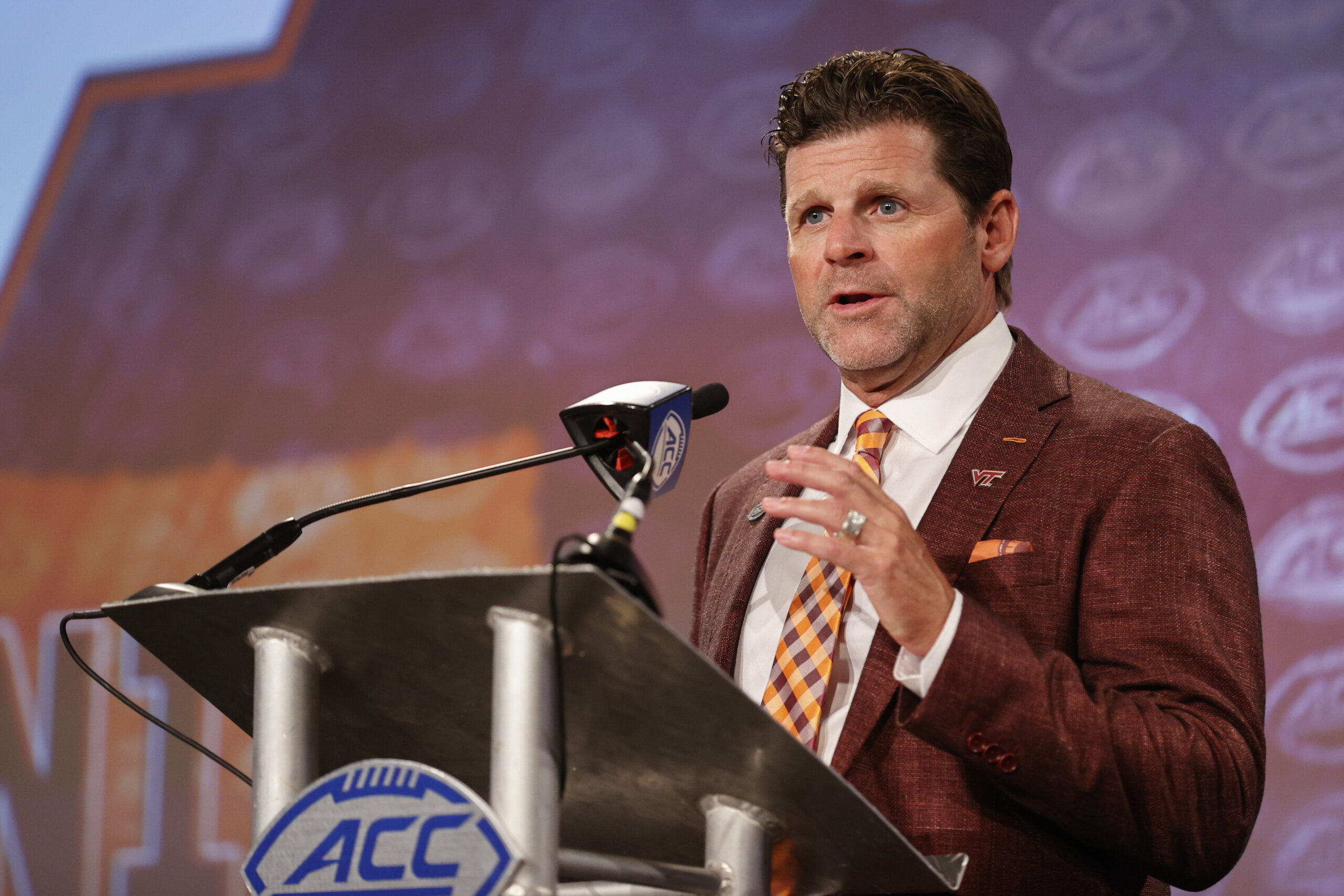 Week 2 looms large for many 0-1 schools both nationally and across the D.C. region. Will those teams even things up to 1-1 or go 0-2 this weekend?

“A team improves the most from week 1 to week 2.” That has been said early and often over the years, from former Virginia Tech Coach Frank Beamer during his Hall of Fame career to current Maryland Coach Mike Locksley as recently as last Saturday.

Week 2 looms large for many an 0-1 school both nationally (we’re looking at you, LSU), as well as locally. Here is the chance to prove that last week’s loss was an isolated incident instead of a disturbing trend, as 1-1 feels much more than one game better than 0-2.

Navy and Virginia Tech both lost games they were favored in last weekend, and each could be called a co-conspirator in their respective losses.

The Midshipmen lost three fumbles in the first half of their defeat to Delaware, their first loss to an FCS school since 2007 when they fell to the Blue Hens 59-52.

Meanwhile, the Hokies threw four interceptions against Old Dominion and had a 10-point swing that began with a mishandled field goal snap and ended with a Monarchs scoop and score.

Each begins conference play against a team tougher than the one they lost to last week. Will we see a market correction or a continued tailspin? In a world where six victories gets you a bowl berth an 0-2 start is not the end of the world, but for teams trying to bounce back from losing seasons it’s the kind of divot that can feel like a crater to climb out of.

The Terps are coming off a 21-point win, but Coach Mike Locksley has identified areas where he wants to see improvement: on offense he desires more efficiency on first and second downs, while on defense he wants to see better play against the deep ball.

The 49ers have played three quarterbacks over two games this fall, but have a deep threat in wide receiver Grant DuBose (eight catches for 156 yards and two touchdowns). They’re also coming off allowing 303 yards rushing to William & Mary. I see a big day for Roman Hemby and the running back rotation.

Three first half fumbles blew up the Midshipmen’s opener against Delaware and ball security is what Coach Ken Niumatalolo is emphasizing in the American Athletic Conference (of America) opener. They’re 3-4 against the Tigers all-time but are 5-2 against the spread in the series (for those wondering).

Tigers Coach Ryan Silverfield’s staff will earn their pay this month, going from game-planning against pass-happy Mississippi State (the Bulldogs tallied 450 yards in the air) to run-centric Navy (63 runs to 13 passes for the Mids in week one). Sophomore quarterback Seth Henigan threw 25 touchdown passes last year and went 8-12 for 215 yards and two scores in a win over Navy.

The Cavaliers’ week one victory was similar to Maryland’s as they also have some things to clean up: two turnovers in the second half almost let Richmond make it a one-possession affair.

Hopefully the running game that was more than just Brennan Armstrong against the Spiders can continue its progress in Big Ten country. They drilled the Illini 42-14 last year, but that game was played at 11 a.m. in Charlottesville and there’s little chance they’ll catch Illinois napping this time.

The defense will also be facing a new quarterback in Syracuse transfer Tommy DeVito, who looked sharp against Wyoming (73% completion rate with two TD’s) and sloppy against Indiana (three sacks taken and an interception thrown).

The pop-culture guy in me is torn from referring to “Jersey Boys” (another Tommy DeVito was a member of The Four Seasons) and “Goodfellas” (Joe Pesci’s Oscar-winning turn had him playing a character with that name) while trying to be funny. Not funny like a clown, mind you.

Kippy & Buffy are heading to Champaign knowing that they’re not having champagne at their tailgate (sparkling wine is reserved for the bye-week when they shutter up the cottage in the Outer Banks), but my friends know full well that there are three predominant Champagne grape varieties: Chardonnay, Pinot Noir, and Pinot Meunier account for 99% of the plantings in the region.

Thusly, they will be pouring a 2020 Acrobat Chardonnay: “Fields of exuberant yellow straw come to mind when describing this chardonnay’s color,” read its website’s tasting notes. “A clean and refined entrance gives way to layers of lime, stone fruit, and crème brûlée on the mid-palate.” Any time crème brûlée is in play, I’m game.

Presto’s Pick: Cavaliers get a clean and refined performance in a 31-27 win.

What transition? The Dukes made everything look easy in their first game at the FBS level, dismantling a Middle Tennessee team coming off a Bowl victory 44-7 as former Temple and Colorado State quarterback Todd Centeio made himself at home by passing for six touchdowns while rushing for 110 yards.

The Spartans are coming off a 55-3 thumping at Marshall, where they trailed by 38 at the half and managed just five first downs. It’s a good thing this game is on a tertiary channel: this one might get ugly early and be too disturbing for viewers.

If you thought the Hokies’ loss at Old Dominion was demoralizing, check out the Eagles’ 22-21 come-from-ahead stumble at home to Rutgers. They forced the Scarlet Knights to punt on “4th and goal from the BC 43” yet still found a way to come up short.

The Eagles came over to the ACC with the Hokies during the first Big East purging and after finding initial success (39-14 with two Atlantic titles over their first four years) have settled into a decade of mediocrity (six or seven wins in nine of their last 10 seasons, with a 3-9 campaign being the outlier). Can the Hokies avoid the mistakes on offense that sunk their hopes in week one?

Presto’s Pick: the turkey legs taste good in a 23-20 triumph.