Prince Harry Claims He Had ‘Penile Frostbite’ During William’s Wedding 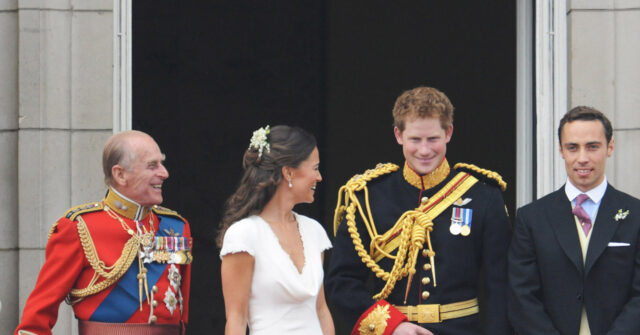 In yet another leak from Prince Harry’s upcoming memoir, the wayward Royal has claimed that he was suffering from penile frostbite during the wedding of his brother Prince William.

The allegedly frosty reception of his wife Meghan from the Royal Family might not have been as painful as a previous ordeal Harry claims to have endured during the wedding reception between his brother Prince William and Kate Middleton.

According to excerpts from Harry’s upcoming memoir, Spare, which was leaked ahead of its planned release next week by booksellers in Spain, the prince was suffering from frostbite on his “todger” during the 2011 Royal wedding.

In comments reported by the New York Post’s Page Six, Harry claimed that following a charity expedition to the North Pole prior to William’s wedding, he suffered from frostbite on his cheeks, ears, and apparently his penis.

Harry said that while he relayed tales of his adventure and the frostbite to his father King Charles, then still Prince of Wales, and brother William during a pre-wedding celebration, he held back details about his frozen “todger”, saying:  “Pa was very interested, and sympathetic about the discomfort of my frost nipped ears and cheeks.”

“While the ears and cheeks were already healing, the todger wasn’t. It was becoming more of an issue by the day,” he claimed.

After the wedding, the prince said that he went to a doctor after using Elizabeth Arden cream to try and heal the genital wound.

The tell-all memoir also, for some reason, apparently reveals that the prince was circumcised as a child, despite rumours to the contrary.

The leaks from the crass memoir have also included tales of Harry losing his virginity as a teenager to an older horse-riding woman who treated him “like a young stallion” in a field behind a busy pub.

The troubled prince also admitted to having experimented with drugs, including marijuana, cocaine, and magic mushrooms, which he claimed had shown him “the truth” about the universe.

Despite the longstanding tradition of the British Royal Family keeping their personal lives private, Harry has also gone on to relay stories about altercations with his brother, heir to the throne William, Prince of Wales, including an instance in which William allegedly pushed him into a dog food bowl and broke his necklace.

The book, which will officially go on sale on January 10th, also claims that King Charles had joked with Harry that he might not in fact be his son — a gag made somewhat uncomfortable by longstanding rumours surrounding his birth in light of an affair between his mother Princess Diana and ginger-haired Major James Hewitt.

Harry inists that these rumours are false, however, claiming that the affair took place after his birth.